By Joe Mellor, Deputy Editor The seven day NHS contract on junior doctors will be imposed against their will. Jeremy Hunt brought a close to the “damaging” issue over Saturday pay – the final flash point almost three years ago to the day talks began. NHS chief negotiator Sir David Dalton gave him the green […] 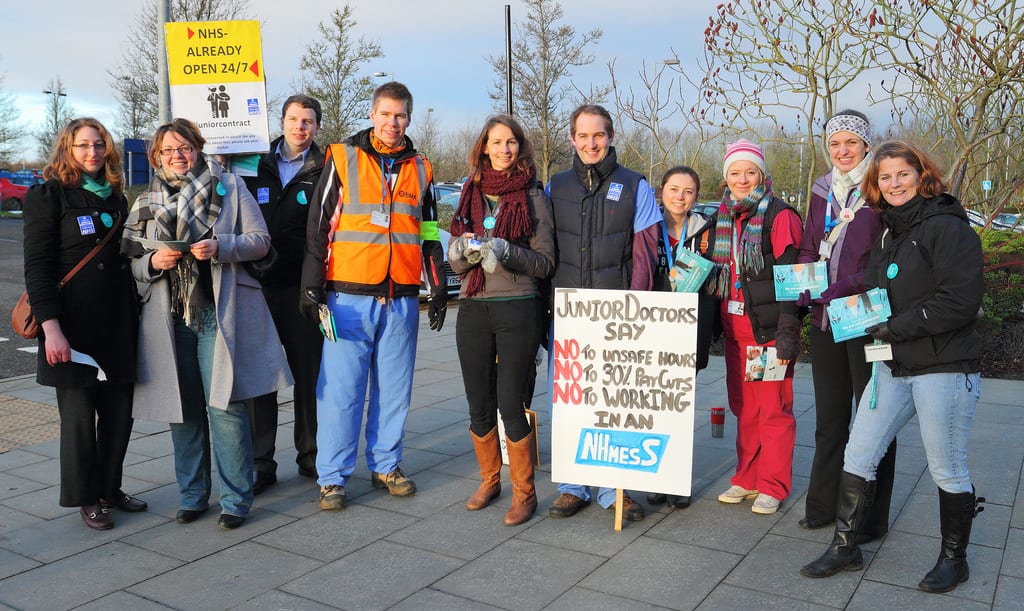 The seven day NHS contract on junior doctors will be imposed against their will. Jeremy Hunt brought a close to the “damaging” issue over Saturday pay – the final flash point almost three years ago to the day talks began.

NHS chief negotiator Sir David Dalton gave him the green light after a last minute offer to doctors’ union the British Medical Association was turned down.

Mr Hunt said: “He has asked me to end the uncertainty for the service by proceeding,I have therefore today decided to do that.”

Junior doctors and the wider public responded with fury at this news, which he unashamedly announced at the same time he said there would be a review of how to improve NHS doctors’ morale.

The BMA have said they are “considering” all options, which may include further strikes, in the period before August when they have to be signed.

Shadow Health Secretary Heidi Alexander laid into Hunt as he didn’t turn up to the Commons earlier in the week. She said: “So much for a seven-day health service, a five-day-a-week Health Secretary would be nice.”

BMA chief Dr Mark Porter said: “What we have heard could amount to the biggest gamble with patient safety this House has ever seen. Imposing a contract is a sign of failure. It’s about time the Secretary of State realised that.

“The Health Secretary need to stop behaving like a recruiting agent for Australian hospitals and start acting like the Secretary of State for our NHS.”

An online survey found that 90 per cent of doctors said they would consider quitting if the contract was eventually forced through.

Labour MP David Anderson said: “He’s accused the negotiators of lying. He’s effectively said the members were fooled by their own negotiators. It’s a recipe for disaster.”

Hunt announced a new series of compromises that he said would lift basic pay from an 11% rise to a 13.5% rise. He claimed a compromise on Saturday pay – a 30% pay premium for junior doctors working more than one in four Saturdays. But “plain time” without any out-of-hours bonus pay will still apply to 7am to 5pm on Saturdays.

Hunt said: “I said the government was willing to be flexible on Saturday premium pay and we have been, Three quarters of doctors will see a take-home pay rise and no trainee working in contracted hours will have their pay cut.

“Our door remained open for three years and we demonstrated time and again our willingness to negotiate with the BMA. The BMA junior doctors committee refused point blank to discuss reforms, instead balloting for industrial action.”

But Dr Johann Malawana, BMA junior doctor committee chair, said: “The Government’s shambolic handling of this process from start to finish has totally alienated a generation of junior doctors, the hospital doctors and GPs of the future.

“There is a real risk that some will vote with their feet. Our message to the Government is clear: junior doctors cannot and will not accept a contract that is bad for the future of patient care, the profession and the NHS as a whole, and we will consider all options open to us.”