Inside the card there is a personal message from Luis Walker, 9, which reads: “My Christmas wish is for everyone all over the world to get the medicine to make them feel better.” 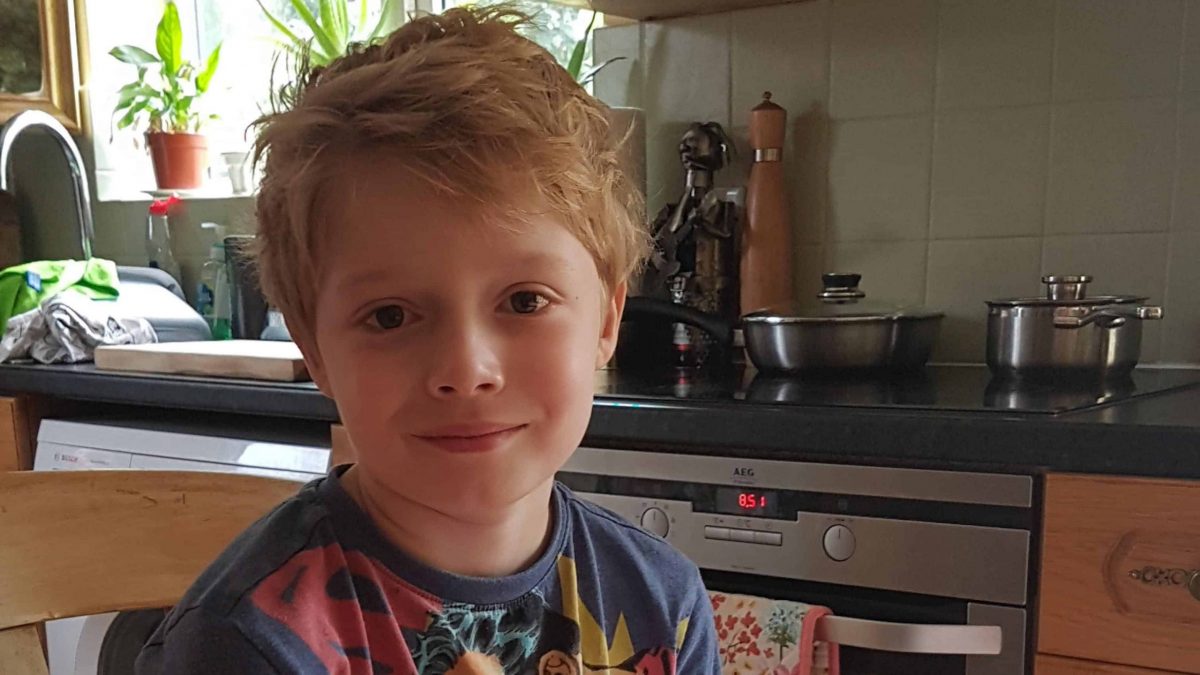 Jeremy Corbyn has revealed his Christmas card for this year, saying he was “honoured” that nine-year-old Luis Walker had created the card. The youngster had “won an important fight for access to the medicine he needs,” said the Labour leader, downplaying his own role.

In 2018, the nine-year-old cystic fibrosis sufferer asked then Prime Minister Theresa May to help him access the life-changing drug, Orkambi. But, after having no luck, Luis wrote to Jeremy Corbyn,  who vowed to take on the fight for the expensive drug to be made available.

After the Labour leader’s intervention, this year the NHS reached a deal with pharmaceutical giants, Vertex, allowing the drug to be made available to UK patients too. Patients like Luis, who has designed Jeremy Corbyn’s Christmas card this year.

Luis’s hand-drawn design features a decorated Christmas tree with presents underneath as well as a snowman, an angel and Santa on a sleigh.

Inside the card there is a personal message from Luis which reads: “My Christmas wish is for everyone all over the world to get the medicine to make them feel better.”

Jeremy Corbyn’s printed message adds: “Wishing you a Happy Christmas and a Peaceful 2020.”

Luis wrote to the Labour party leader earlier this year detailing his fight to access the life-changing drug Orkambi.

Jeremy Corbyn had attacked the pharmaceutical industry and drug companies for putting “profits for shareholders before people’s lives”, in the case of Luis and others suffering from illnesses such as cystic fibrosis, hepatitis C and breast cancer.

The Labour leader wrote to Prime Minister Boris Johnson and the Vertex CEO Dr Jeffrey Leiden after meeting Luis calling on them to “right this wrong”.

Orkambi is a game-changing drug for cystic fibrosis, which affects more than 10,000 people in the UK. It is suitable for about half of people with the condition. Other drugs being developed by Vertex are showing astonishing results in clinical trials and could potentially treat most people with cystic fibrosis.

In October NHS England announced a deal had been reached with pharmaceutical giant Vertex making the drug available to patients.

In a statement, Jeremy Corbyn said: “I’m honoured that Luis has designed this Christmas card.

“Luis won an important fight for access to the medicine he needs. While we celebrate this, we must recognise that many people continue to suffer from other illnesses and aren’t able to access vital medicines.

“Whatever your faith, and if you have no faith, Christmas is a time to come together with friends and family. But for so many Christmas can be a reminder of what they don’t have. Nobody should be deprived of the medicine they need.

“So this festive season, I wish you all a Happy Christmas. For the merry, not the few.”

READ MORE: EXCLUSIVE ‘Our NHS is under the biggest threat ever of its life’