Mandeep Singh Chatha, 34, has launched a convenience store on Bushbury Road, Wolverhampton, with a sign bearing a striking resemblance to the famous orange colouring of Sainsbury’s 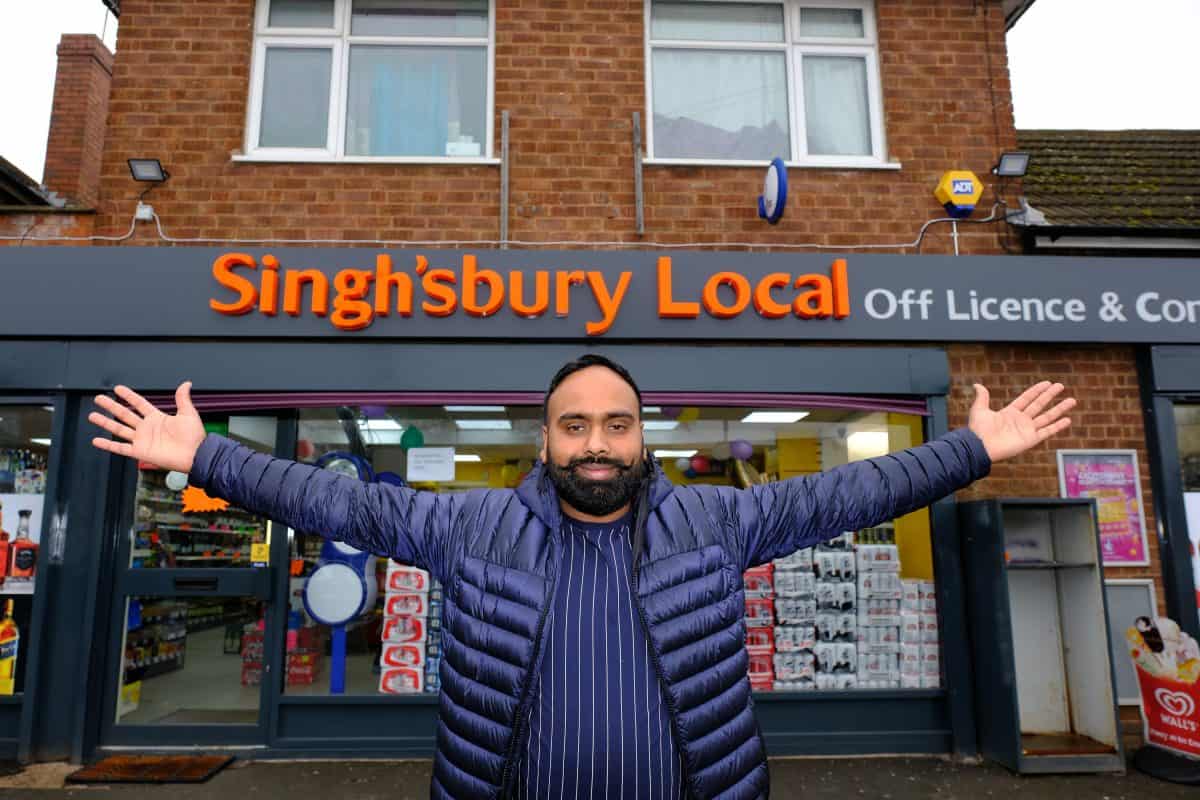 A cheeky business owner is facing a backlash from one of the UK’s most famous supermarkets – after opening a shop called SINGH’SBURY LOCAL.

Mandeep Singh Chatha, 34, has unveiled his new convenience store featuring a sign which bears an uncanny resemblance to the famous orange lettering of Sainsbury’s.

“It’s just a coincidence,” he insisted. “My name is Singh and it’s on Bushbury Road: that’s where the name has come from.” 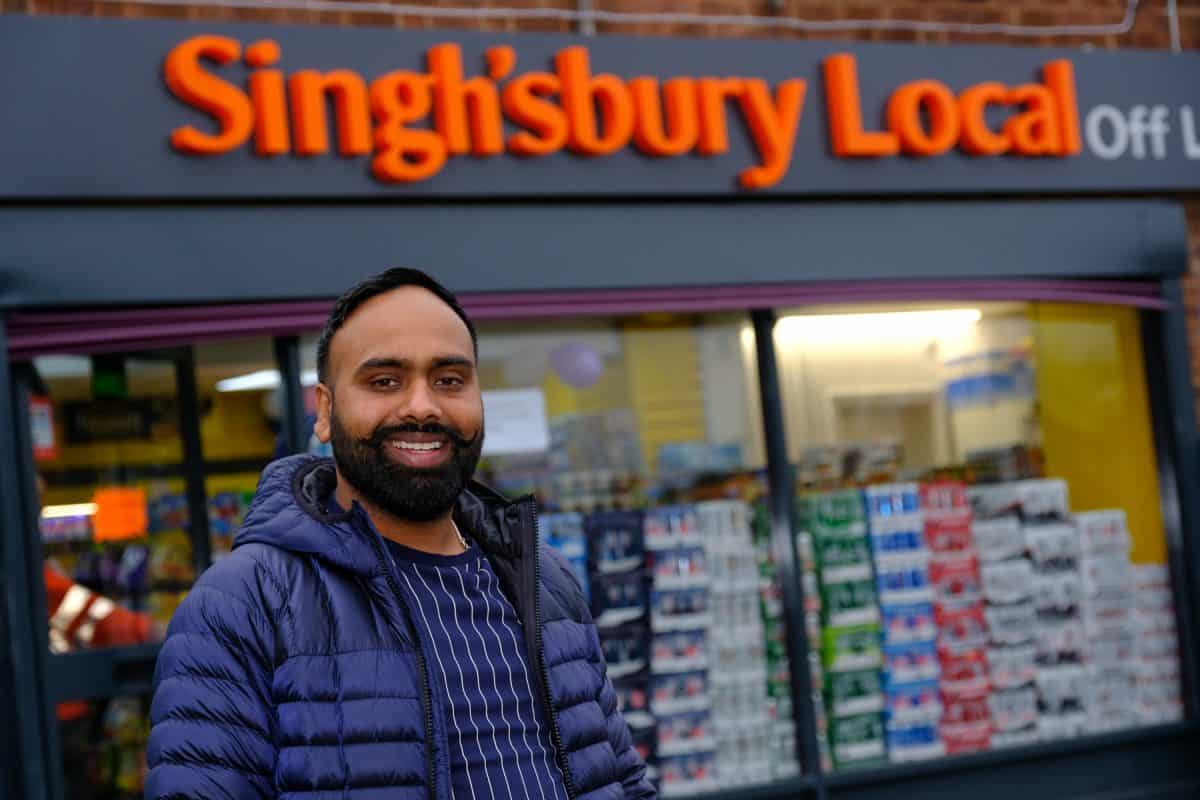 Mandeep Singh Chatha opened Singh’sbury Local in Wolverhampton last month with wife Hardeep and says it had proved a hit with locals who stop to have selfies taken with the sign.

He could potentially be in ‘bury’ hot water with the supermarket giant which has previously threatened legal action against other businesses which have pulled similar stunts.

But he said he registered the name of his shop with Companies House by putting together his surname and the location of the store, which is on Bushbury Road.

The former sandwich delivery driver, from Wolverhampton, said: “It has proved very popular so far, people keep stopping in their cars to take pictures with the sign and I’ve had many nice comments.

“I have heard nothing from a supermarket which has a similar name, so I see no problem with it. Why would they contact me? It is different.

“I don’t know what I would do if they ask me to change the name. All I can say is that we are not the same.

“We are registered under a completely different name and are a different shop.

“We sell everything. Beer, wine, soft drinks, milk, tobacco, groceries. We are just a regular off-licence.

“I think the nearest Sainsbury’s is a couple of miles away so it’s not exactly close and we are certainly not competition.

“I am just a small business owner trying to make a living.

“Our shop is very popular. Business is good. Every day is an improvement. We hope to keep getting people coming in.”

After Sainsbury’s threatened legal action, he decided to rename the store Morrisinghs – and Morrisons backed the idea.

A Morrisons spokesman said at the time: “Mr Nagra and his customers obviously have good taste so we wish him well.” 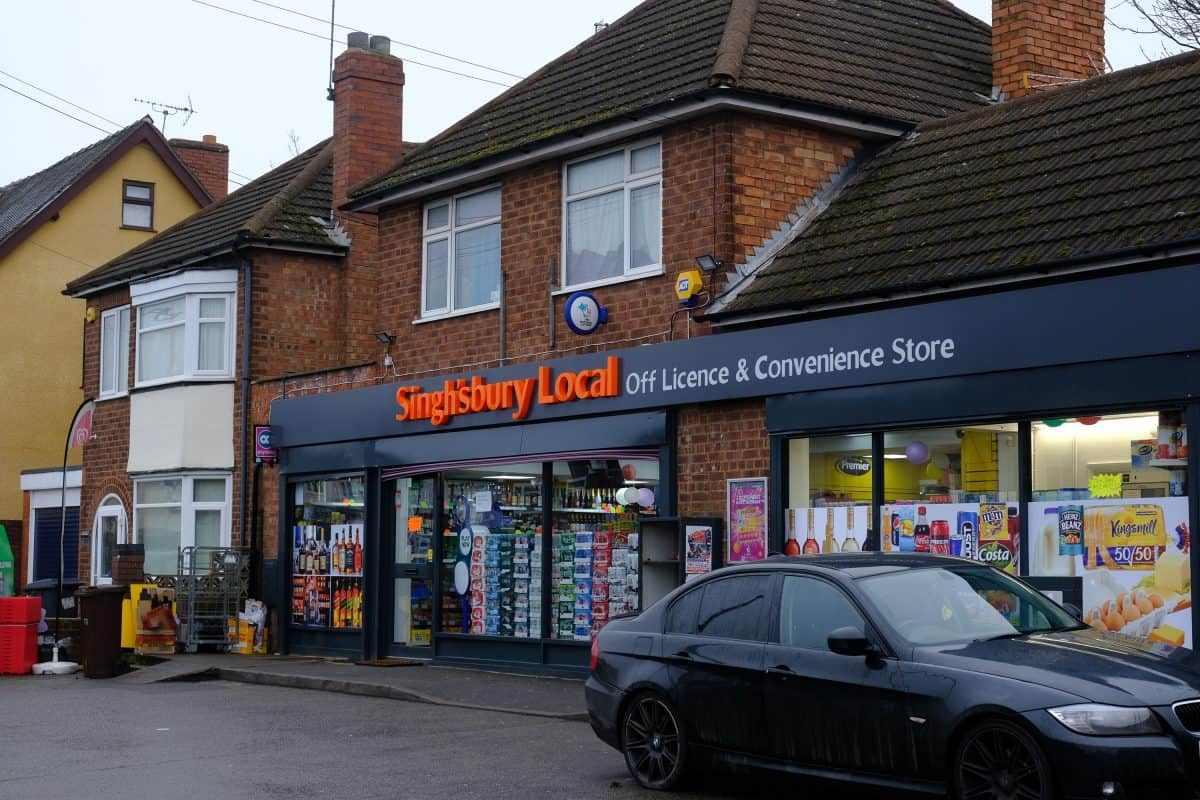 Another company in Wolverhampton, Kent’s Tuck In Fried Chicken, has remained in business since 1999 despite opposition from the famous fast-food restaurant.

Owner George Georgiou refused to change the name despite KFC demanding a change to the name.

He said at the time: “It is called Kent’s because it is on Kent Street, and Tuck Inn because that’s what you do at a restaurant.

“We sell southern fried chicken so it has got absolutely nothing whatsoever to do with Kentucky Fried Chicken.”