The retailer will roll out the move on all own-branded and branded canned food products from March 2 to meet environmental targets. 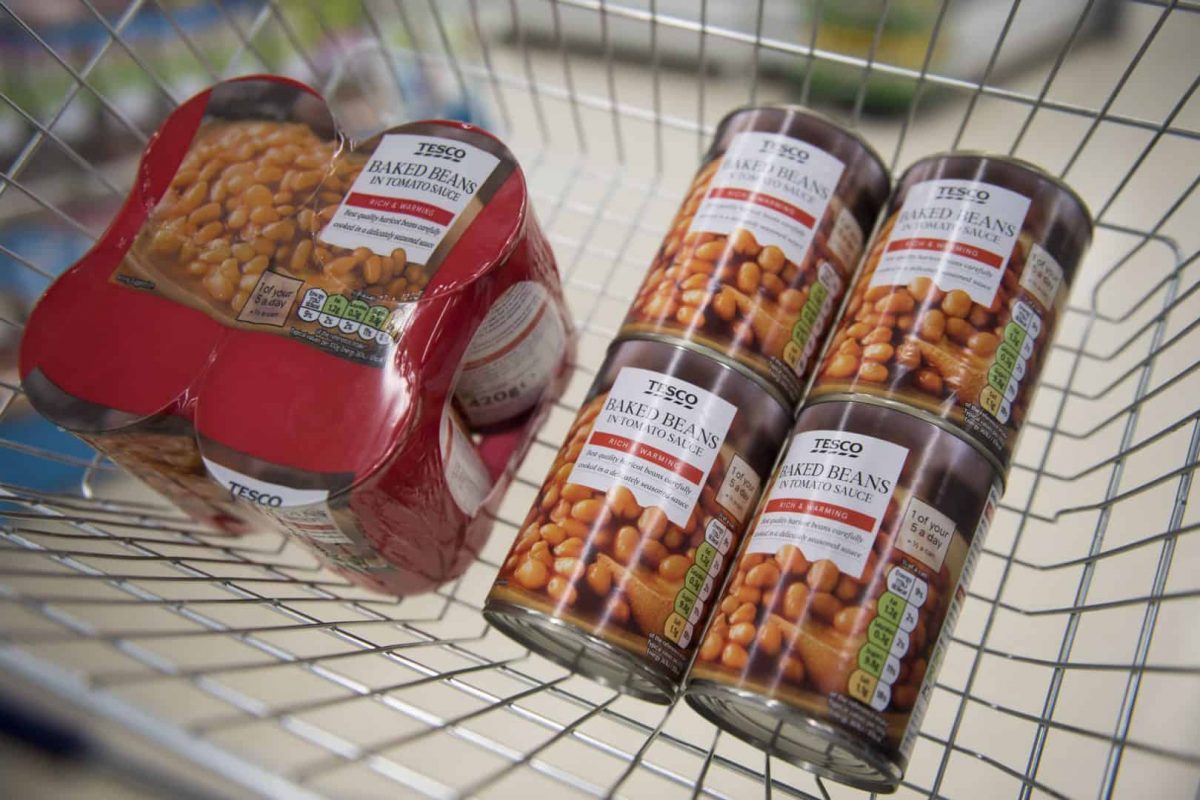 Supermarket giant Tesco has pledged to scrap shrink-wrapped multipacks across all its own-brand and branded tinned food in a move that will remove 350 million tonnes of plastic a year.

The move – the first of its kind by a major UK retailer – has seen it join forces with canned food firms including Heinz and Green Giant to remove all plastic-wrapped multipacks and replace them with multi-buy deals.

It will apply to all canned food, including household favourites such as baked beans, sweetcorn, soup and tinned tomatoes, as it seeks to reduce its environmental impact.

Tesco will roll out the changes from March 2, with no more plastic-wrapped multipacks ordered by the group from then, though it will continue to sell down remaining stocks.

The company said the pledge will see 67 million pieces of plastic removed from its stores, taking it another step nearer its aim of cutting out one billion pieces from its own products by the end of the year.

Louise Edge, head of Greenpeace UK’s ocean plastics campaign, said when Tesco announced its pledge to remove one billion pieces of plastic from products by the end of 2020 : “Tesco is absolutely doing the right thing in looking to reduce the number of pieces of plastic packaging it produces.

“When supermarkets focus solely on reducing their packaging by weight, this can trigger a policy of light-weighting – meaning packaging gets thinner or smaller, but still exists as a throwaway item that can pollute our waterways and harm marine wildlife.”

“Businesses, governments and households have all got an important part to play, so it’s good to see Tesco’s commitment to significantly reduce the amount of plastic we use.”

Last year scientists revealed a study that found microplastics inside every dolphin, seal and whale washed up on Britiain’s shores.

Tesco will also end its use of small plastic bags, commonly used to pack loose fruit, vegetables and bakery items, and replace them with paper ones.

It will also remove plastic trays from ready meals, secondary lids on products such as cream and yoghurt, sporks and straws from snack pots and drinks cartons, and 200 million wrappers used to pack clothing and greetings cards.

More than 40% of Tesco customers buy tinned multipacks, with 183,000 sold across its stores every day. More than 100 million Heinz products alone are sold in plastic-wrapped multipacks each year through Tesco. Heinz said it is looking at similar initiatives with other retailers, estimating that if it could be expanded across the entire market, it would help reduce CO2 emissions by as much as 3,300 tonnes.

Tesco chief executive Dave Lewis said: “We are removing all unnecessary and non-recyclable plastic from Tesco.

“As part of this work, removing plastic-wrapped multipacks from every Tesco store in the UK will cut 350 tonnes of plastic from the environment every year and customers will still benefit from the same great value ‘multipack’ price.”

The retailer had already run a trial to remove plastic-wrapped multipacks of tinned products in its Bar Hill Extra store, where it tests a raft of packaging pilots.

Georgiana de Noronha, president of Kraft Heinz in Northern Europe, said: “While we know we have more to do, this initiative is good news for the environment, and for the millions of people who enjoy Heinz varieties every day, as they’ll still be able to benefit from the same great value for money our multipacks provide.”

At the end of last year, Tesco removed all hard-to-recycle materials from its own-brand products and is working with suppliers to do the same. The group has also warned 1,500 suppliers that packaging will be a deciding factor on which products are sold in its stores.