It is also claimed he is 'constantly' accompanied by a doctor specialising in thyroid cancer. 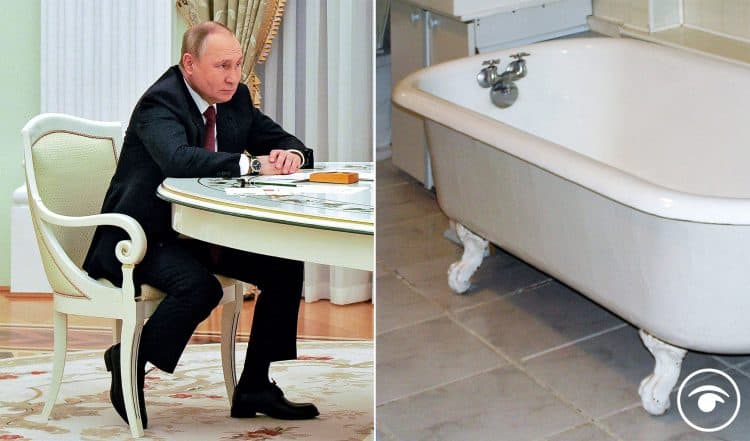 How mad is Putin?

It’s a question a lot of us ask ourselves on a daily basis.

Is he willing to use nuclear weapons to end civilisation as we know it?

Well this claim will do nothing to help deal with your fears about the Russian leader.

The Russian president was introduced to the unusual remedy by now-defence minister Sergei Shoigu, and apparently enjoyed a soak in a ‘bathtub containing an odorant extract from blood-filled deer antlers’ in the mid-2000s.

It is also claimed he is ‘constantly’ accompanied by a doctor specialising in thyroid cancer.

Vladimir Putin is now in a cage

Ben Wallace has claimed Vladimir Putin “is now a man in a cage he built himself”.

As the Russian war against Ukraine entered day 37, the Defence Secretary said Russia’s president no longer bore the “force” he used to.

In an interview with Sky News, he said: “President Putin is not the force he used to be. He is now a man in a cage he built himself.

“His army is exhausted, he has suffered significant losses.

“The reputation of this great army of Russia has been trashed.

The Chief of the Defence Staff earlier expressed similar sentiments.

Admiral Sir Tony Radakin said Russia’s bid to take all of Ukraine during its invasion looks to have “fallen apart” as Mr Putin’s troops retreat.

The head of Britain’s armed forces said the Russian leader had been “misled” about the effectiveness of his country’s armed forces, with “early indications” suggesting Moscow was withdrawing troops – a move that has opened them up to counter attacks by Ukrainian defenders.