“While it sounds harsh to the normal person – they’d hear that and go ‘This is cruel’, and everything else – I’d think you’d find that AQIS and those sort of people would give their wholehearted support for the idea.” 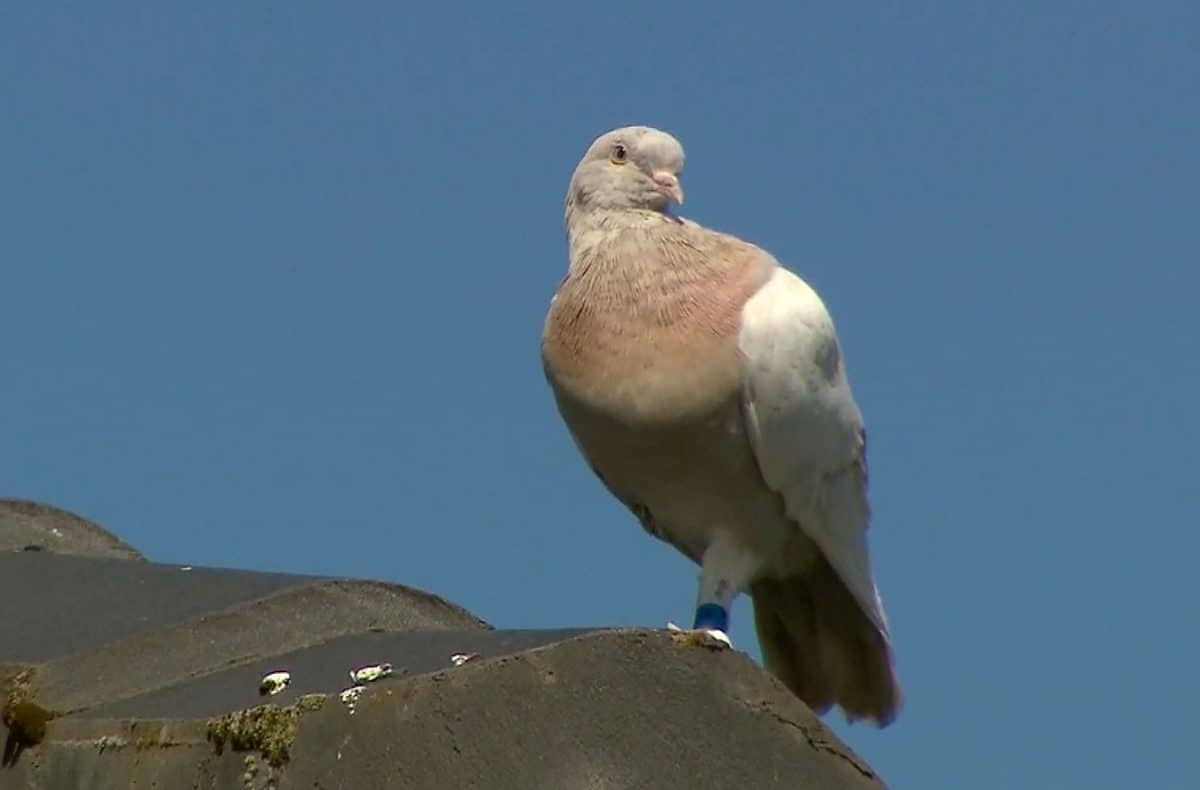 The racing pigeon sits on a rooftop in Melbourne, Australia (Channel 9/AP)

A racing pigeon which survived an extraordinary 8,000-mile Pacific Ocean crossing from the United States to Australia is a quarantine risk and could be killed, Australian authorities say.

Kevin Celli-Bird said on Thursday he discovered that the exhausted bird which arrived in his garden in Melbourne on December 26 had disappeared from a race in the US state of Oregon on October 29.

Experts suspect the pigeon, which Mr Celli-Bird has named Joe, after the US president-elect, hitched a ride on a cargo ship to cross the Pacific.

Joe’s feat has attracted the attention of the Australian media but also of the notoriously strict Australian Quarantine and Inspection Service.

Mr Celli-Bird said quarantine authorities called him on Thursday to ask him to catch the bird.

“They say if it is from America, then they’re concerned about bird diseases,” he said.

“They wanted to know if I could help them out. I said, ’To be honest, I can’t catch it. I can get within 500 millimetres of it and then it moves’.”

The agriculture department, which is responsible for biosecurity, said the pigeon was “not permitted to remain in Australia” because it “could compromise Australia’s food security and our wild bird populations”.

“It poses a direct biosecurity risk to Australian bird life and our poultry industry,” a department statement said.

In 2015, the government threatened to euthanise two Yorkshire terriers, Pistol and Boo, after they were smuggled into the country by Hollywood star Johnny Depp and his ex-wife Amber Heard.

Faced with a 50-hour deadline to leave Australia, the dogs made it out in a chartered jet.

Pigeons are an unusual sight in Mr Celli-Bird’s backyard in suburban Officer, where Australian native doves are far more common.

“It rocked up at our place on Boxing Day. I’ve got a fountain in the backyard and it was having a drink and a wash. He was pretty emaciated so I crushed up a dry biscuit and left it out there for him,” Mr Celli-Bird said.

“Next day, he rocked back up at our water feature, so I wandered out to have a look at him because he was fairly weak and he didn’t seem that afraid of me and I saw he had a blue band on his leg.

“Obviously he belongs to someone, so I managed to catch him,” he added.

Mr Celli-Bird, who says he has no interest in birds “apart from my last name”, said he could no longer catch the pigeon with his bare hands since it had regained its strength.

He said the Oklahoma-based American Racing Pigeon Union had confirmed that Joe was registered to an owner in Montgomery, Alabama.

Mr Celli-Bird said he had attempted to contact the owner, but had so far been unable to get through.

The bird spends every day in the garden, sometimes sitting next to a native dove on a pergola. Mr Celli-Bird has been feeding it pigeon food.

“I think that he just decided that since I’ve given him some food and he’s got a spot to drink, that’s home,” he said.

Mr Turner said there were genuine fears pigeons from the United States could carry exotic diseases and he agreed Joe should be destroyed.

“While it sounds harsh to the normal person – they’d hear that and go ‘This is cruel’, and everything else – I’d think you’d find that AQIS and those sort of people would give their wholehearted support for the idea,” Mr Turner said, referring to the quarantine service.

Related: ‘Nature, for us, is the life of the Indian’ – Forests almost twice the size of UK destroyed in global hotspots