Hundreds of people including high profile lawmakers, diplomats, religious leaders and foreign representatives will hear a global Muslim leader’s message on curbing the rising racial and religious intolerance in the world. The event, hosted by the Ahmadiyya Muslim Community, is to be held at the largest Mosque in Britain, Baitul Futuh, London, on Saturday 9th […] 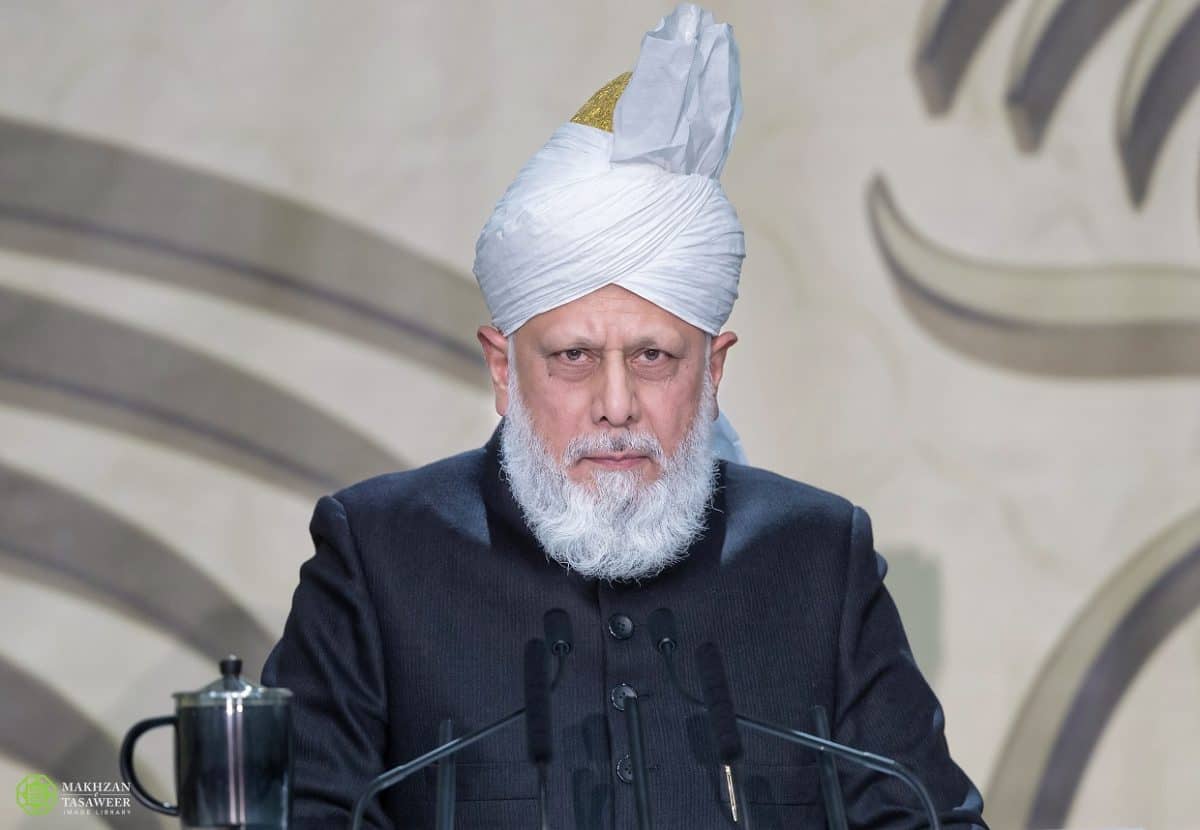 Hundreds of people including high profile lawmakers, diplomats, religious leaders and foreign representatives will hear a global Muslim leader’s message on curbing the rising racial and religious intolerance in the world.

The event, hosted by the Ahmadiyya Muslim Community, is to be held at the largest Mosque in Britain, Baitul Futuh, London, on Saturday 9th March 2019, where more than 800 guests will attend the unique event from over 20 countries.

Islamophobia in the UK is at record highs and one in three Britons are reported to feel Islam is incompatible with British way of life, according to a survey by Hope Not Hate.

The keynote speaker and worldwide head and Caliph of the Ahmadiyya Muslim Community, His Holiness Hazrat Mirza Masroor Ahmad, will explain how authentic Islamic teachings can help defeat the scourge of religious intolerance, terrorism and extremism.

With a potentially disastrous Brexit also looming and xenophobic tensions flaring, the Caliph, who has previously spoken at the House of Commons, Capitol Hill, the EU Parliament and other international forums, will speak on the critical need for peace by reference to Islam’s position on current issues.

Other speakers, which will include politicians and faith leaders, are expected to outline steps to mitigate and prevent the rise of extremism, racism, and inequality in the world.

A ‘peace prize’ of a certificate and £10,000 will also be presented by the Caliph to Dr Fred Mednick, the founder of ‘Teachers Without Borders’ for efforts to advance education in the world.

Explaining the fear that exists in the West regarding Islam, Hazrat Mirza Masroor Ahmad recently said: “Many local people are afraid that their societies are changing beyond comprehension and they feel that their nation’s resources are being disproportionately utilised in favour of immigrants. Whilst the term ‘immigrant’ is used, the real issue for most people is ‘Islam’ and the fact that the vast majority of immigrants to Europe are Muslims fleeing from war-torn countries in the Middle East.”

Allaying the fears surrounding Islam, Hazrat Mirza Masroor Ahmad said: “Islam condemns in the strongest possible terms any attempts to violate freedom of belief and freedom of conscience. Under no circumstances does Islam permit coercion or force in the matter of religion. Rather, Islam teaches that religion is a matter of the heart. Thus, I firmly believe that the widespread and common perceptions of Islam amongst non-Muslims, are actually misconceptions.”

His Holiness further stated: “Nowadays the religion of Islam is defamed by wrongly alleging that it commands Muslims to wage a violent Jihad and certain Muslims are also responsible for creating this image through their hateful acts. However, a true believer is the one who learns goodness, acts upon it and spreads it within society. Such a believer engages in a true Jihad of peace, love and kindness. This is the true Jihad that we as Ahmadi Muslims must carry out in this day and age.”