Labour Party chairwoman, Anneliese Dodds, said :“They need to explain why they’re holding onto so much money from someone who disparages this country in such an appalling way, 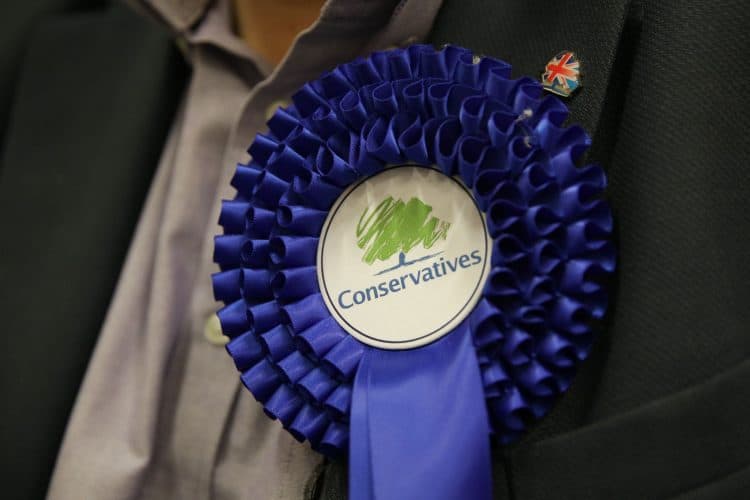 A Tory donor is said to have claimed “Sharia law is de facto law” in parts of England, in comments on immigration branded “unacceptable” by the party.

Businessman Maurizio Bragagni described London as “worse than any African metropolis” in an online article for the Italian news website Saturno Notizie, according to a BBC translation.

Dr Bragagni gave his views on immigration and integration in England in a piece published in his native Italian last month, which has since been taken down.

He told the PA news agency: “I have never knowingly offended anyone. I apologise that my article originally written in Italian caused unnecessary controversy, when translated.”

A Tory spokesperson said the party was “unaware of this recent article” and “in no way whatsoever” condones “these unacceptable comments”.

However, it comes as the first flight as part of the Government’s plan to send migrants to Rwanda can go ahead on Tuesday, a High Court judge has ruled.

Several people due to be given a one-way ticket to the east African nation as part of Home Secretary Priti Patel’s bid to curb Channel crossings, as well as campaign groups and a union, had asked judges to block their upcoming deportation flight.

Up to 130 people had been notified they could be removed and on Friday, the court in London heard 31 people were due on the first flight, with the Home Office planning to schedule more this year.

The first claim against the policy was brought by lawyers on behalf of some asylum seekers alongside the Public and Commercial Services union (PCS), which represents more than 80% of Border Force staff, as well as groups Care4Calais and Detention Action – who are challenging the policy on behalf of everyone affected.

However, Mr Justice Swift ruled against granting a temporary block to the policy until a full hearing next month, adding: “I do not consider that the balance of convivence favours the grant of the generic relief.”

But the Labour Party chairwoman, Anneliese Dodds, said it is “not enough for the Conservatives to condemn these disgraceful remarks”.

“They need to explain why they’re holding onto so much money from someone who disparages this country in such an appalling way,” she said.

Dr Bragagni is cited in the BBC report as saying London is a “reduced” city “worse than any African metropolis”, with “rising criminality and daily disruption on the Tube, chaotic traffic, sprawling confusion”.

He is said to have criticised the Labour Party in his piece, claiming it had an “anti Judeo-Christian identity, which allows Islamic groups to feel at home, where they can find free space for their true political ideology”.

“A subsidy state which supports large families, which gives houses to migrants who are themselves the majority, in short destroys western capitalism and individual freedom,” he added, according to the translation.

“The line between the Christian English majority rural areas and the foreign Muslim-run urban areas is becoming more marked. There are places in which Sharia law is de facto law. The English integration system has run aground.

“Why? After Brexit, migrants who continue to arrive in the UK are illegal migrants from Africa, European influxes have stopped.

“When these two influxes (European and non-European) used to be consistent, they allowed for a balance of diversity which made locals tolerant and therefore traditions weren’t at risk.”

The CEO and author was appointed to an advisory group to the Department for International Trade (DIT) on British manufactured and consumer goods in 2020.

He has donated to the Tory Party on numerous occasions, and was made an OBE for services to business and voluntary political service in 2021.