Men across Iran have been taking pictures of themselves wearing the hijab in solidarity with women in the country, which has strict conservative legislation. Since the 1979 Islamic revolution , wearing the headscarf is part of the law. Any females who don’t follow the rules face a punishments even the possibility of jail time. The […] 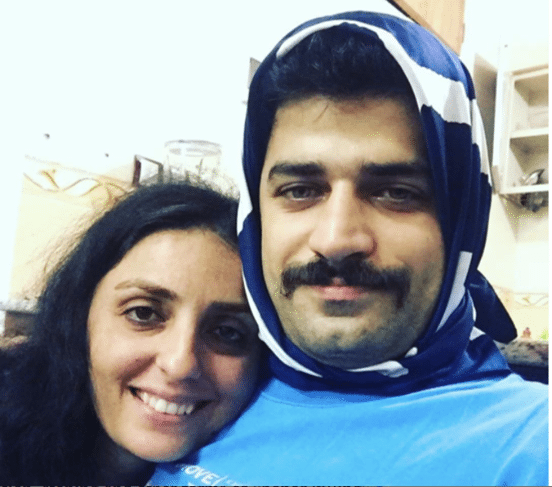 Men across Iran have been taking pictures of themselves wearing the hijab in solidarity with women in the country, which has strict conservative legislation.

Since the 1979 Islamic revolution , wearing the headscarf is part of the law. Any females who don’t follow the rules face a punishments even the possibility of jail time. The wearing of the headscarf is rigidly enforced and the authorities do not turn a blind eye to it.

However there is a moment against this and over the last few days, a number of men have taken pictured of themselves wearing their wife or female relatives wearing the headwear while the woman are uncovered.

Masih Alinejad, an Iranian activist and journalist living in New York, runs the My Stealthy Freedom campaign and asked men to support her campaign with the #meninhijab hashtag. She told the Independent : “Most of these men are living inside Iran and they have witnessed how their female relatives have been suffering at the hands of the morality police and humiliation of enforced hijab.

“For years, from childhood to womanhood, we’ve been forced to wear the compulsory headscarf and for years we have had to endure the loss of our dignity. Many men have gotten used to seeing women in compulsory hijab every day and you think that is normal. But for millions of Iranian women, this compulsory hijab is an insult to their dignity.

“In our society, a woman’s existence and identity is justified by a man’s integrity, and in many cases the teachings of a religious authority or government officials influence a man’s misguided sense of ownership over women. So I thought it would be fantastic to invite men to support women’s rights.”