A VIP tent was being set up at the site yesterday, but the champagne was literally put back on ice, as the nuclear plant at Hinkley Point was delayed today. Philip Hammond, gave his full backing to Hinkley Point C only two weeks ago, saying: “We have to make sure the project goes ahead.” Environmental […] 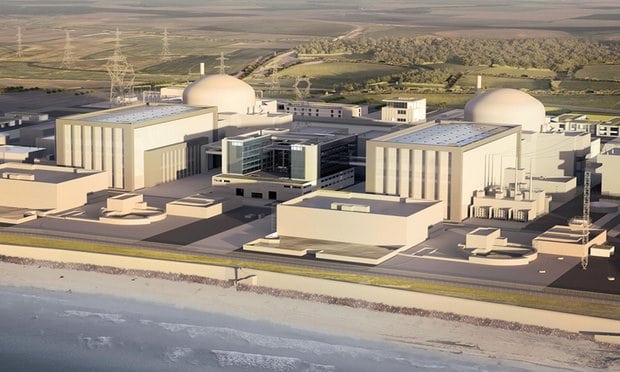 A VIP tent was being set up at the site yesterday, but the champagne was literally put back on ice, as the nuclear plant at Hinkley Point was delayed today.

Philip Hammond, gave his full backing to Hinkley Point C only two weeks ago, saying: “We have to make sure the project goes ahead.”

Environmental groups will welcome the delay and will hope that this signals a cancellation in the controversial scheme. However, the GMB union has described the delay as “Bonkers.”

EDF, a French firm, who are financially backing a large proportion of the £18bn plant alongside a Chinese state owned company, has approved the funding on Thursday, only to see the scheme delayed less than 24 hours later. Contracts were supposed to be signed today, but that wont be happening now.

May’s new Government appear to want to take an in-depth look into the deal and there might be worries about the level on Chinese intervention in a nuclear plant in the UK.

The government then said it was “only right” to review the project and would make a decision by the autumn.

Jean-Bernard Levy, EDF Group chief executive publically declared he was still confident it would go ahead. He said: “I have no doubt about the support of the British government led by Mrs May.”

Union’s were not as diplomatic as Levy and laid into the decision to delay the plant. Justin Bowden, the GMB union’s national secretary for energy described the government’s decision as “bewildering and bonkers.”

Bowden said: “After years of procrastination, what is required is decisive action not dithering and more delay.

“This unnecessary hesitation is putting finance for the project in doubt and 25,000 new jobs at risk immediately after Brexit”.

The Labour Party were also keen to stick the boot into the delay and branded the situation as “absolute chaos.”

Barry Gardiner, shadow energy secretary, said: “At a day’s notice they have cancelled the final signing of the agreement that they told the press and everyone they were going to do.

“I’m hoping what they will do is take two to three months to seriously review it.”

Critics of the plan have claimed that Hinkley Point C, in Somerset, might cost UK citizens up to £30bn in subsidies. It is thought that energy prices will be fixed at a high rate for years, when the plant eventually comes on line.