"We deplore the use of legal threats and bullying letters. Publicly, ministers express their thanks to school leaders, whilst behind the scenes they are sending intimidating and unnecessary legal letters." 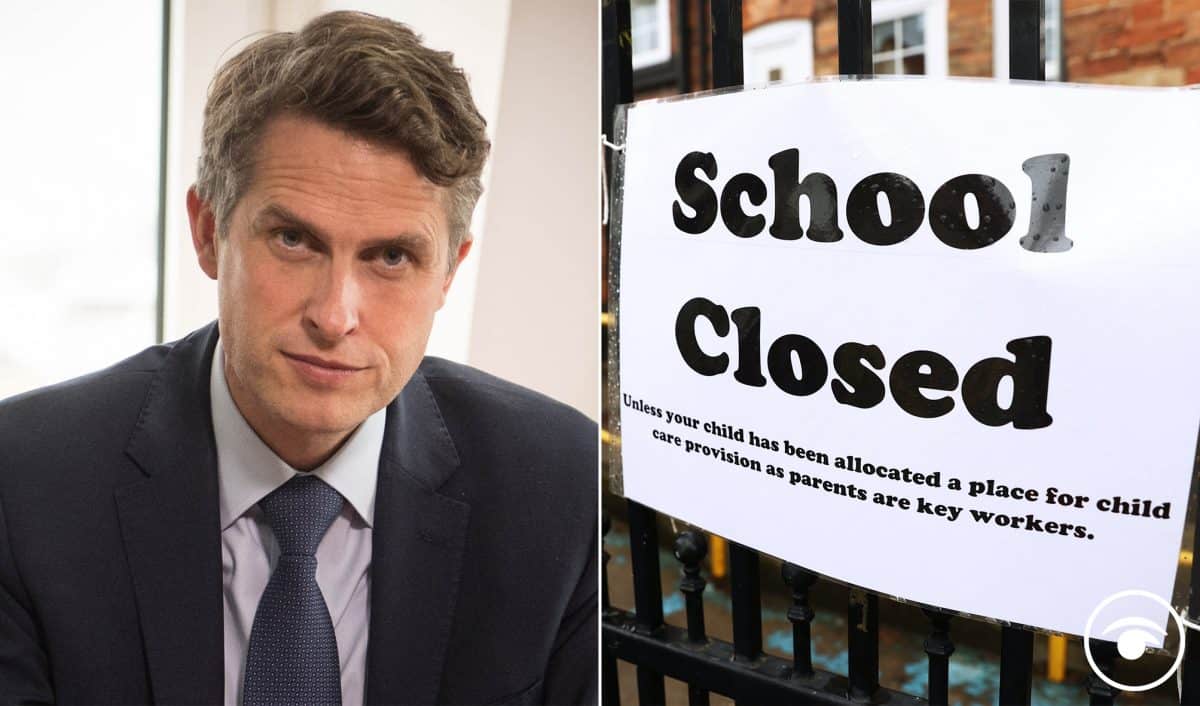 Education Secretary Gavin Williamson has told Greenwich council to keep schools open to all pupils or it will face legal action.

Schools in the south-east London borough were told to switch to remote learning for most pupils from Monday evening in a letter from council leader Danny Thorpe.

In response Adam Bienkov Tweeted: “One secondary headteacher tells #r4today that Gavin Williamson’s orders for all schools to stay open are “absurd” and “completely out of touch.” Says 21 members of teaching staff and 350-400 students at his school have the virus, or are self-isolating. No choice but to close.”

Additionally Jolyon Maugham Tweeted: “Private schools are permitted to send children home for the safety of children, family and teachers. But state schools in Greenwich must remain open – whatever the danger.”

Council leaders in Waltham Forest and Islington also advised schools to move to online learning for the last few days of term as rising Covid rates in the capital saw Health Secretary Matt Hancock announce London will move to Tier 3 restrictions from Wednesday.

But on Monday evening, Mr Williamson issued a temporary continuity direction to the London Borough of Greenwich demanding it withdraw letters to head teachers and parents which advised schools to close.

The direction states it is enforceable by Mr Williamson making an application to the High Court or the county court for an injunction if the council does not comply by 10am on Tuesday.

The Education Secretary said in a statement: “It is simply not in children’s best interests for schools in Greenwich, Islington or elsewhere to close their doors.”

He added: “I have always been clear that using legal powers is a last resort but continuity of education is a national priority. That’s why I won’t hesitate to do what is right for young people and have issued a direction to Greenwich Council setting out that they must withdraw the letter issued to headteachers on Sunday.

“The Regional Schools Commissioner will continue to work closely with Greenwich Council and schools in the borough, as we have done with schools across the country, to support them with any operational challenges they face and ensure children can continue to receive face-to-face education.”

Mr Thorpe said the council was seeking legal advice and would respond to Mr Williamson on Tuesday morning.

“Schools across the borough have now organised online learning from tomorrow, whilst others are opening their premises to all pupils,” he said.

“We have alerted schools and will speak to them tomorrow. But given we received this notification just before 5pm, it was impossible to ask schools to change any of the arrangements they have in place for Tuesday.”

The regional schools commissioner (RSC) for the South East and south London, who acts on behalf of the Secretary of State for Education, had already written to Greenwich council highlighting that new powers, introduced through the Coronavirus Act, allow the Secretary of State to issue “directions” to require schools to enable all pupils to attend school full-time.

Downing Street said it expects schools and colleges in England to remain open until the end of term on Thursday.

Last week, school standards minister Nick Gibb said schools were allowed to take an inset day on Friday, ending the term a day early, so staff could a “proper break” from identifying potential coronavirus cases ahead of Christmas.

Labour leader Sir Keir Starmer also urged leaders to try to keep schools open during the last week of term as he said closures are “difficult” for vulnerable children and can leave parents in the lurch.

The plea came after London mayor Sadiq Khan called on the Government to consider closing all secondary schools and colleges in London early and reopen later in January due to coronavirus.

In Basildon in Essex, which will also move into Tier 3 on Wednesday, eight out of nine secondary schools have already moved to full remote education.

On Monday, Waltham Forest became the third council in the capital to advise schools to move to online learning and only remain open for key workers and vulnerable children.

It came after Islington Council called for schools to close and switch to online learning from Tuesday evening – except for children of key workers and vulnerable pupils – and not to reopen until January 11.

The Department for Education (DfE) has written to all Greenwich and Islington schools in light of the statements from the councils.

But heads have been calling for more flexibility to end in-person teaching earlier to reduce the risk of pupils and staff having to isolate over Christmas.

Paul Whiteman, general secretary of school leaders’ union NAHT, said: “We deplore the use of legal threats and bullying letters that we have seen from the DfE.

“Publicly, ministers express their thanks to school leaders, whilst behind the scenes they are sending intimidating and unnecessary legal letters. We object to these double standards in the strongest terms.

“Schools which are using their local knowledge and expertise to provide the highest quality education and care for their pupils should not be threatened by legal action for using sensible flexibilities to manage their way through to the end of term.

“The Government’s lack of support for schools throughout the pandemic has been staggering, and they should be ashamed of this latest tactic.”

He said: “The Government should have been planning for this weeks ago. They have now started to recognise the blindingly obvious fact that transmission is happening in schools and that this can spread to families. Much more is needed to control the virus in schools and to protect communities.”

Related: Patel claims Labour ‘stands up for the murderers, rapists, sex offenders’ as she was accused of bullying