The government has said it is going ahead with its plan for quarantine hotels - but it is still not clear when the scheme will start. 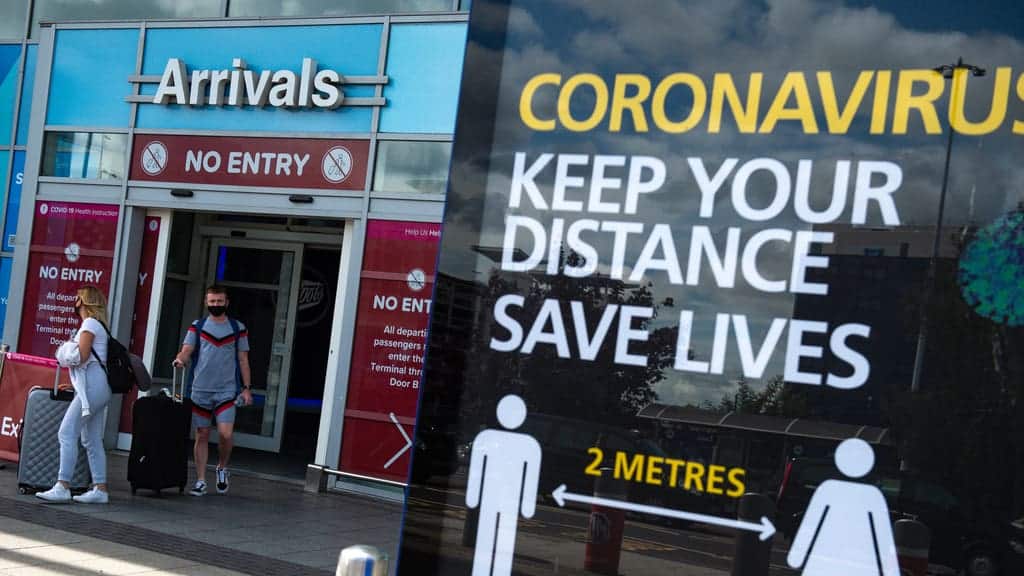 International travel had the biggest impact on death rates for countries which were worst hit during the first wave of the coronavirus pandemic, a study suggests.

Researchers from the University of Aberdeen examined a range of factors including border arrivals, population density, the percentage of people living in urban areas, age, average body mass index and smoking prevalence.

They found an increase of a million international arrivals was associated with a 3.4 per cent rise in the mean daily increase in Covid-19 deaths during the first wave of the pandemic across the 37 worst-hit countries.

Tiberiu Pana, medical student and author of the study, said: “We found that international travel was the strongest predictor of mortality increase.

“Another factor which appeared to play an important role was country-level BCG vaccination coverage, increases in which may be associated with decreases in death rates.

“Nevertheless, these associations were weaker and further work looking at individual patients is required to clarify these potential relationships.

“Our assessment of available data indicates that very early restrictions on international travel might have made a difference in the spread of the pandemic in western Europe, including the UK.

“These findings are particularly important as the world looks to control future waves and strains of the Covid-19 pandemic and prevent related deaths.”

‘Not practical’ to close UK borders

Yesterday Boris Johnson said it is not practical” to completely close the UK’s borders following a Labour vote on the matter.

The government had already tightened travel restrictions to reduce the spread of the virus.

He said it would be going ahead with its plan for quarantine hotels for people arriving from Covid hotspots.

It is not yet clear when the scheme – announced a week ago – will start or when there will be further details.

Last week it was revealed Priti Patel wanted to close the UK border to international visitors in March when the pandemic first hit.

The comments, said to have been made to the Conservative Friends of India group, are contrary to her public defence of the Government’s decision not to enact a full arrivals shutdown.

In comments first reported by political website Guido Fawkes, Ms Patel, the Home Secretary, said: “On ‘should we have closed our borders earlier’, the answer is yes. I was an advocate of closing them last March.”

In mid-March, the UK abandoned asking people to quarantine for two weeks after arriving from areas with high infection rates, such as Hubei province in China and Italy.

The decision was in contrast to many other countries, such as New Zealand, which has been widely praised for getting the pandemic under control, partly through strict quarantine measures for arrivals.

The UK Government introduced blanket quarantine restrictions in June for all international travellers, except those coming from Ireland, while “travel corridors” with countries deemed to have safe levels of infection were established a month later.

Ministers this week suspended all travel corridors and introduced new rules requiring arrivals to produce a negative coronavirus test taken up to 72 hours before departure and to self-isolate for up to 10 days after entering the UK, in a move designed to prevent new strains of Covid-19 entering the UK.