It is suspected to have been caused by a combination of high winds and rain freezing after being absorbed into the chalk and then expanding. 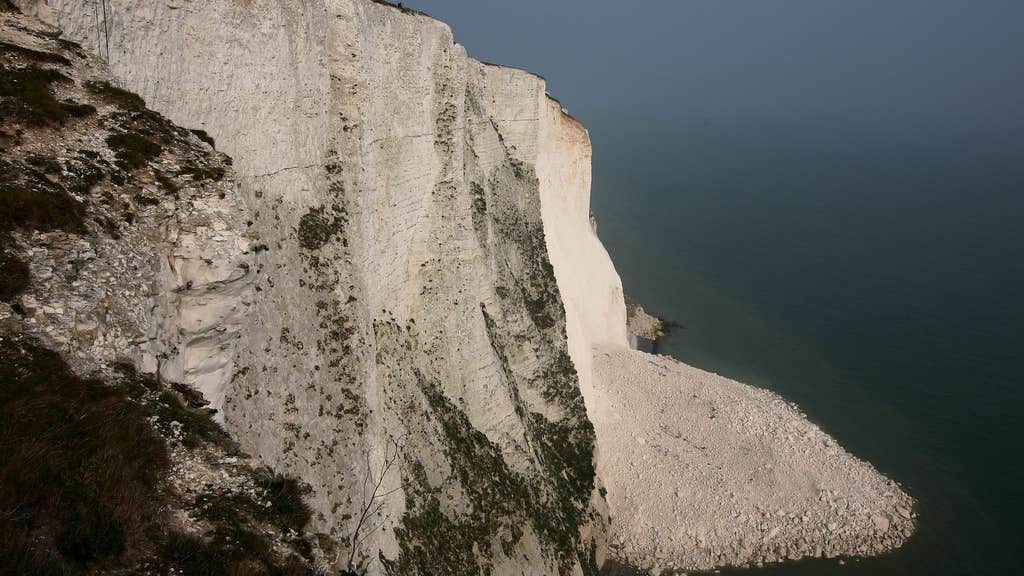 Dramatic footage has shown large chunks of the White Cliffs of Dover collapse into the sea near Samphire Hoe in two separate falls.

Thousands of tonnes of chalk plummeted into the water on Wednesday afternoon in the third recorded collapse of its kind.

David Waterfield, who captured the moment, said he heard a “loud crack” while walking his dog. He said there was “a loud bang” which was quickly followed by “a large amount of cliff” falling into the English Channel.

He told ITV News: “I’ve lived down this neck of the woods for nearly all of my life, right next to the most famous cliffs in the world.

“You hear about it, you see the remnants of cliff falls, but to actually see it in person it was really quite impressive.”

The collapse is suspected to have been caused by a combination of high winds and rain freezing after being absorbed into the chalk and then expanding, causing the cliff to weaken.

A spokesman for Getlink, which owns the Samphire Hoe and the nearby Eurotunnel terminal, told KentOnline: “It looks as if it was filmed from the sea wall at the Hoe, but the part of the cliff which has fallen into the sea isn’t actually part of the Hoe itself, so has had no impact.”

A large part of the White Cliffs of Dover has collapsed this afternoon. This footage was filmed at Samphire Ho. pic.twitter.com/ycKVf93wiw