The inquest into the death of disgraced former celebrity PR guru Max Clifford was opened and adjourned today. The jailed 74-year-old died in hospital while serving in a sex offenders’ prison on December 10, a coroner said. Senior Coroner for Cambridgeshire and Peterborough David Heming told the hearing in Huntingdon: “The medical cause of death […] 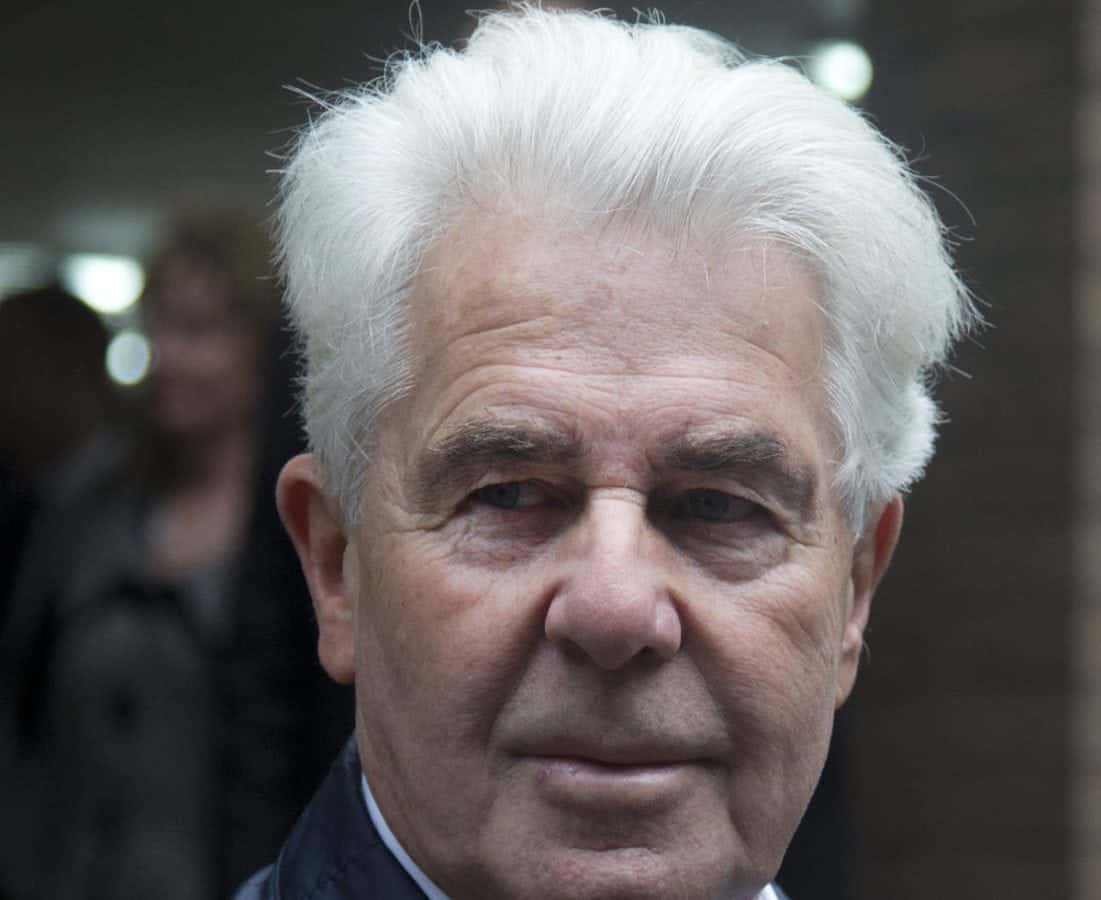 The inquest into the death of disgraced former celebrity PR guru Max Clifford was opened and adjourned today.

The jailed 74-year-old died in hospital while serving in a sex offenders’ prison on December 10, a coroner said.

Senior Coroner for Cambridgeshire and Peterborough David Heming told the hearing in Huntingdon: “The medical cause of death is not yet confirmed as the consultant pathologist who carried out the post mortem examination is undertaking histological examination.

“As the deceased was a prisoner at Littlehey Prison at the time of his death there’s a requirement by a prison ombudsman to conduct an investigation.”

He said Clifford’s body was identified at Hitchingbrook Hospital by Cara Yeomans, who works at Papworth Hospital, before adjourning the inquest for a preliminary inquest review at the court at June 7.

The one-and-a-half minute hearing attended by a representative from the prison and a man and woman who withheld their names as well as members of the press.

The infamous PR guru was serving eight years in Littlehey Prison, Cambs., after being convicted of a string of sexual assaults between 1977 and 1985 on four girls between 15 and 19.

Clifford had been fighting for his life after collapsing twice after he was sentenced in 2014 and had been seriously ill since a heart attack in August.

His daughter Louise, 46, said he had collapsed while trying to clean his cell on Thursday.

She said he was taken to a critical care unit “in a bad way” after collapsing again the next day.

A spokesman for the Ministry of Justice confirmed Clifford died in hospital on December 10.

They added: “As with all deaths in custody, there will be an investigation by the independent Prisons and Probation Ombudsman.

“Our condolences are with Mr Clifford’s family at this difficult time.”