The Duke of Sussex’s controversial memoir Spare went on sale in book shops across the UK on Tuesday. 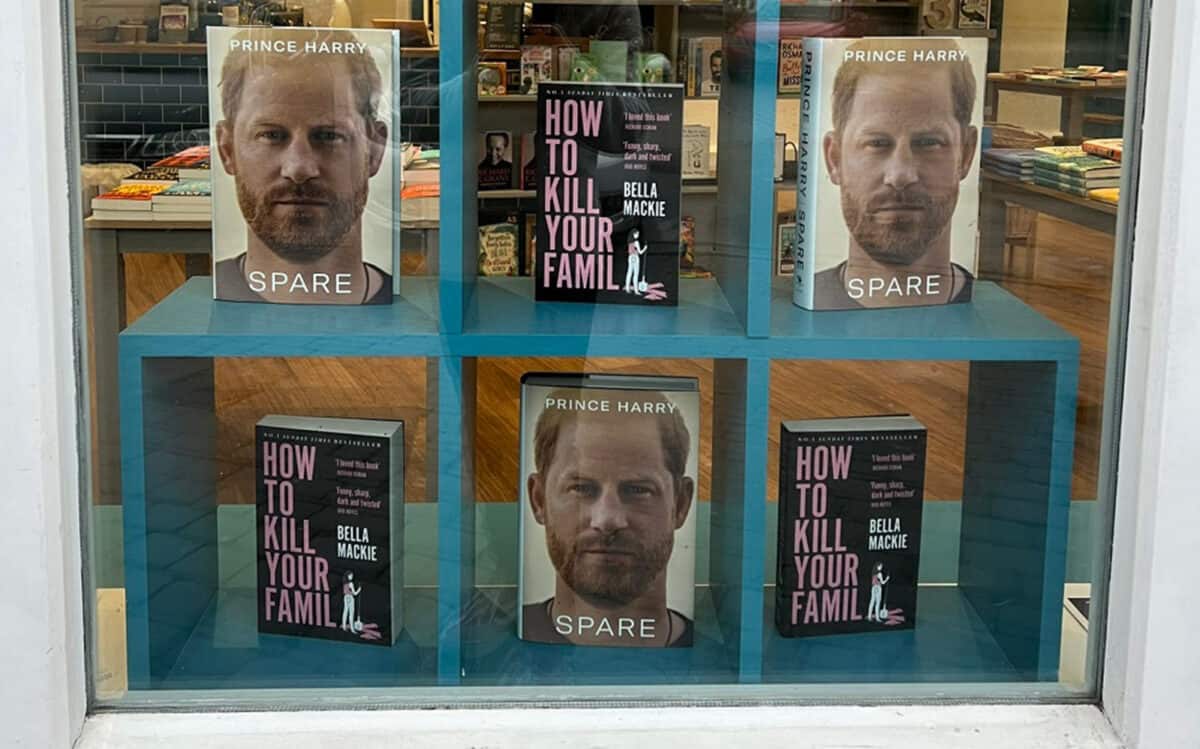 A post from an independent book store about its window display of Harry’s memoir next to author Bella Mackie’s novel How to Kill Your Family has amassed thousands of likes and numerous comments from people making “wild assumptions and connections”.

Harry’s controversial memoir Spare went on sale in book shops across the UK on Tuesday, with some queuing overnight to get their hands on a copy.

Bert’s Books in Swindon was one of the places which offered avid readers and royal fans a chance to purchase the book, tweeting: “Anyway, we do have some spare copies of Spare if you want one”, alongside a photo of its window display which shows copies of Spare next to Bella Mackie’s book How to Kill Your Family.

Twitter users turned to the comments section to react to the post, with replies including “who will sue first HRH or Ms Mackie?” and “signed?”, to which the person running the book shop account made sure to answer with retorts.

To the person who asked if the book was signed, they said: “Not by him, but I can sign if you like” and to the user who posted about who will sue first – “We’ve just put our bestselling books in the window… people are making all sorts of wild assumptions and connections” next to an upside down face emoji.

Alex Call, 35, the owner of Bert’s Books, told the PA news agency: “(How To Kill Your Family) was already in our window because it was our bestselling book of 2022.

“Then when we saw it there, we thought it would be quite funny to put it next to Spare and would be quite light-hearted and make a few people smile.”

He added that there has been a “little bit of interest” from people to get the book, with a few being sold.

She wrote: “Thank you to the 8000 people who’ve sent me this today. And thank you @bertsbooks, what an honour”, followed by a knife emoji.

How To Kill Your Family follows protagonist Grace Bernard, 28, who sets attempts to eliminate all members of her family to get revenge on her father, who abandoned her and her mother as a baby.