Jon Trickett MP tweeted: "On May Day - international workers day - we remember that across the planet one person dies ever 12 seconds from work-related causes." 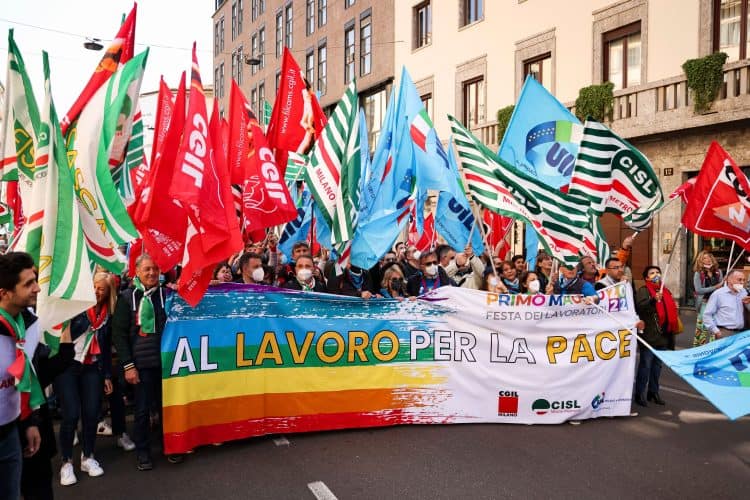 Citizens and trade unions in cities around Europe were taking to the streets on Sunday for May Day marches, and to send out protest messages to their governments, notably in France where the holiday to honour workers was being used as a rallying cry against newly re-elected President Emmanuel Macron.

In Italy, after a two-year lull due to the pandemic, an outdoor mega-concert was set for Rome, with rallies and protests in cities across the country. Apart from work, peace was an underlying theme, with calls for an end to Russia’s war in Ukraine.

Italy’s three main labour unions were focusing their main rally in the hilltop town of Assisi, a frequent destination for peace protests. This year’s slogan is “Working for peace”.

“It’s a May Day of social and civil commitment for peace and labour,” said Daniela Fumarola, head of Italy’s CISL union.

Jon Trickett MP tweeted: “On May Day – international workers day – we remember that across the planet one person dies ever 12 seconds from work-related causes.”

Protests were planned far and wide in Europe, including in Slovakia and the Czech Republic, where students and others planned to rally in support of Ukraine as Communists, anarchists and anti-European Union groups held their own gatherings.

In France, the May Day rallies were intended to show Mr Macron the opposition he could face in his second five-year term and to power up against his centrists before June legislative elections. Opposition parties, notably the far left and far right, are looking to break his government’s majority.

In a first, far-right leader Marine Le Pen was absent from her party’s traditional wreath-laying ceremony at the foot of a statue of Joan of Arc, replaced by the interim president of her National Rally party.

Ms Le Pen was defeated by Mr Macron in the run-off of the presidential election, and plans to campaign to keep her seat as a member of parliament.

“I’ve come to tell the French that the voting isn’t over. There is a third round, the legislative elections,” said protester Jordan Bardella, “and it would be unbelievable to leave full power to Emmanuel Macron.”

Related: Tory Minister furious about Lib/Lab pact is owned over and over again