The Met Office issued a Yellow Warning for Storm Hector 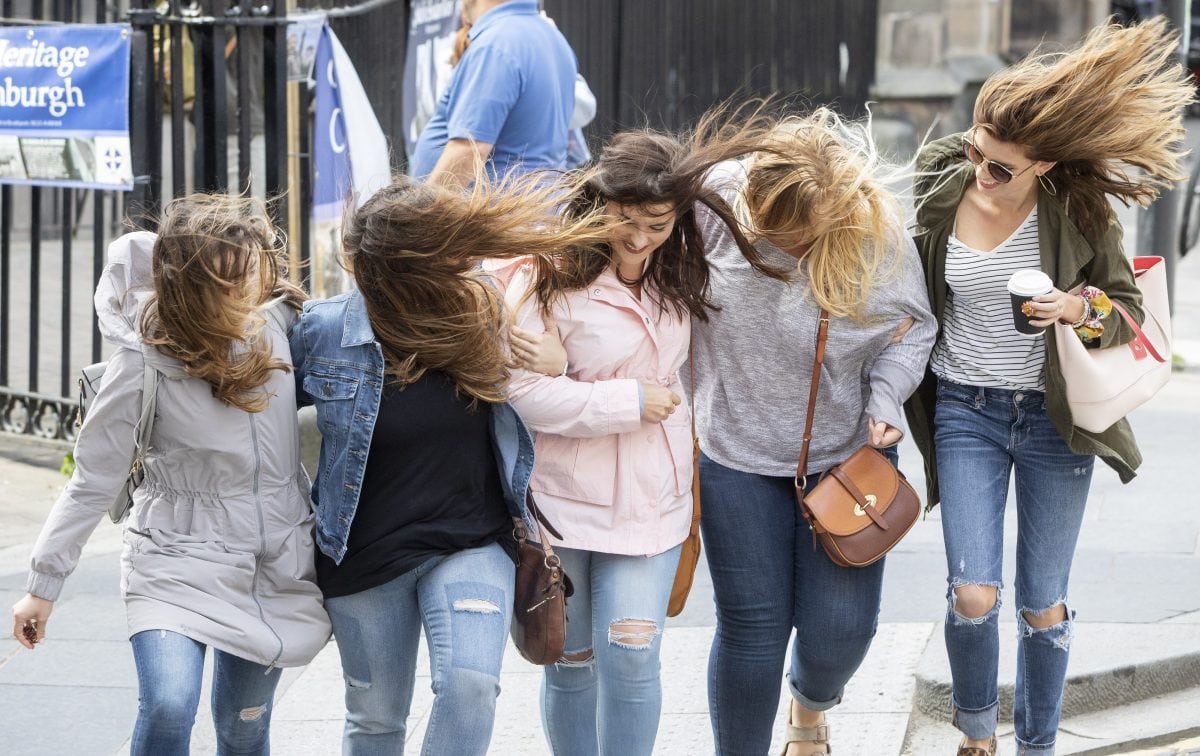 Scotland has been battered by the powerful summer gales of Strom Hector — with winds of up to 58mph causing chaos.

Police officers in Glasgow were today (Thur) battling to clear a massive fallen tree on Great Western Road in the aftermath of Hector. The major thoroughfare in the West End of the city was closed in both directions between Byres Road and Park Street while the huge tree was cleared from the road. Strong winds of up to 56mph in the city were recorded by the Met Office, with an area of low pressure travelling across Scotland bringing gales and rain. A Met Office yellow “be aware” warning remains in place until 3pm on Thursday. The strongest gusts in Scotland were recorded at Loch Glascarnoch, Ross-shire, at a whopping 58mph. A Met Office spokeswoman said: “Storm Hector has brought low pressure to the North of Scotland bringing bands of rain and wind. “The peak winds have now been reached, but a be aware warning remains in place until 3pm today. “Gusts of 56mph were recorded in Glasgow and Prestwick around 5am this morning.

“The strongest winds were in Ross and Cromarty at Loch Glascarnoch.” Hector caused travel chaos to the country, with disruptions to train services and road network where trees had fallen.