This fascinating image of a tiny insect living under a massive mushroom has won an amateur photographer a major photography award. Duncan McNaught, 54, picked up the Royal Society of Biology photography award after snapping the unusual picture. The image — titled Welcome to My Humble Abode — shows a tiny toadstool, no bigger than […] 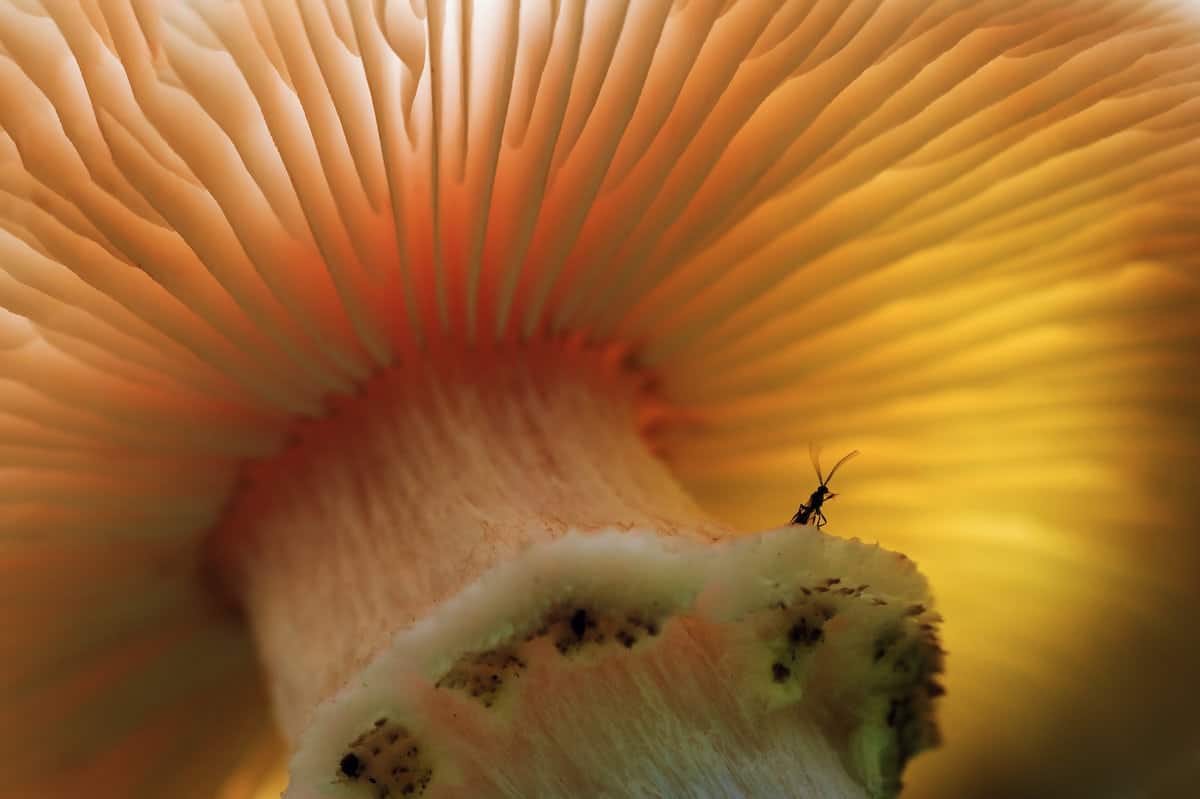 This fascinating image of a tiny insect living under a massive mushroom has won an amateur photographer a major photography award.

Duncan McNaught, 54, picked up the Royal Society of Biology photography award after snapping the unusual picture.

The image — titled Welcome to My Humble Abode — shows a tiny toadstool, no bigger than the size of a small teacup, with a small bug inside.

Duncan, who lives in Glenlee, Dumfries and Galloway, ventures to the forests near his home to capture his nature pictures – and has a particular love of toadstools.

He believes the insect to be around two millimetres in height and thinks it lives within the gills of the fungi.

He said: “Living in rural Dumfries and Galloway I have access to some amazing landscapes.

“But it’s the smaller often overlooked plants and insects that really spark the creative photographer in me.

“I like to do something different. A lot of people are doing landscape photos and it’s becoming a bit boring.

“It’s the small nature things that attract me, and toadstools are just beautiful at this time of year.

“Some of the forests in my area are pretty inaccessible due to their wet boggy nature.

“However, it’s these hidden, sometimes, magical places I find myself more often than not lying flat on the ground photographing mosses, fungi and insects, all waiting to be discovered and mostly unseen by today’s hectic society.”

Duncan, who has been doing photography for more than 20 years, said he achieved the picture by lying on the forest floor and pointing his camera upwards up into the fungi canopy.

“It certainly presents me with many challenges but hopefully my passion for our hidden world will encourage others to explore,” he said.