Many of us, including myself, have visited tribal villages while on holiday to an African country. It is a fairly normal activity and the kind of display that opens I Am Not a Witch. So called witches are penned within a primitive Zambian settlement and are tied to ribbons to prevent them from leaving, while […] 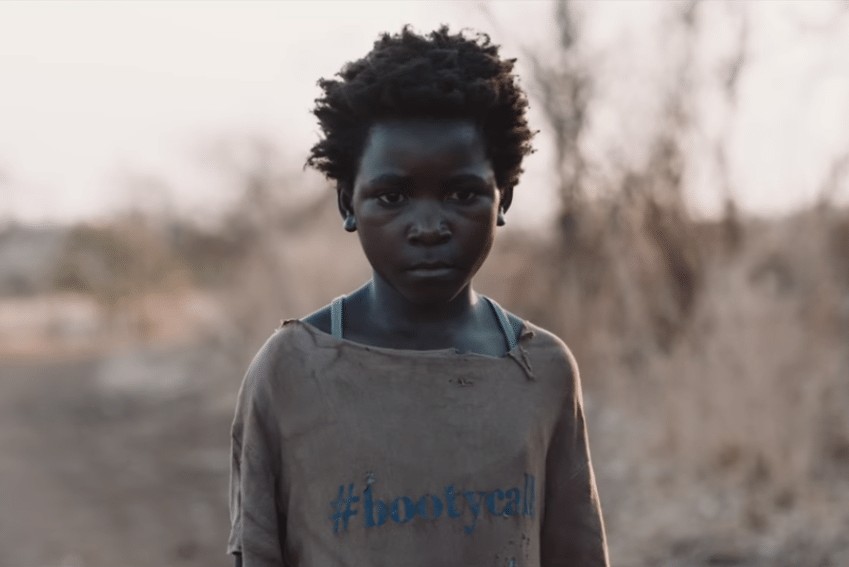 Many of us, including myself, have visited tribal villages while on holiday to an African country. It is a fairly normal activity and the kind of display that opens I Am Not a Witch. So called witches are penned within a primitive Zambian settlement and are tied to ribbons to prevent them from leaving, while a guide tells tourists about their customs and beliefs.

Elsewhere a young girl called Shula (Maggie Mulubwa) is blamed for suspicious activity and is accused of being a witch. After an inquisition from the local police, Shula is taken to the group of witches and is given a choice; either accept her fate as a witch, or cut the ribbon be turned into a goat. After deciding to be a witch, local government official Mr Branda (Henry B.J. Phiri) spots to an opportunity to utilise her powers to solve crimes and fulfil his commercial endeavours.

It is never actually clear whether Shula is a witch or not. It is easy for us with our Western beliefs and viewpoints to see the witches’ customs and behaviour as mere superstition. Yet Shula is correctly able to identify the thief and the heavens do open following her rain dance. It may just be coincidence but at the same time it is also possible that she is in fact a witch.

Rather than being concerned about the validity of the community’s beliefs the film is much more interested in how they are exploited for commercial gains. The witches are in effect slaves working the land for Mr Banda and the government. Mr Banda goes as far as putting Shula’s powers up for sale and even gets her to appear on a local chat show to endorse some blessed eggs.

It can often be hard to categorise I Am Not a Witch. Director Rungano Nyoni is able to combine realism with fantasy, satire, and an ethnographic sensibility with admirable success. There are lots of elements that could be interpreted as satirical but they never overshadow our outrage at Shula’s treatment. The film is carefully balanced, allowing it to evolve with each shot, while still managing to remain cohesive.

I love how crisp the cinematography is and how it gives each shot a feeling of precision and control. It may be Nyoni’s debut feature but it is very assured and confident. There may be times when aesthetics are prioritised over narrative structure and others when the camera lingers for slightly too long, but overall the film remains an impressive work. With it only being 90 minutes long there is definitely room Nyoni to grow and evolve as a filmmaker. It will be exciting to see what she achieves with future projects.

I Am Not a Witch is a beautifully crafted and well told fable-like tale of cultural and spiritual exploitation.

In cinemas from Friday 20th October.