“I am angry that the police shut down our space to mourn and comfort each other and I feel violated that male officers used physical force to do so." 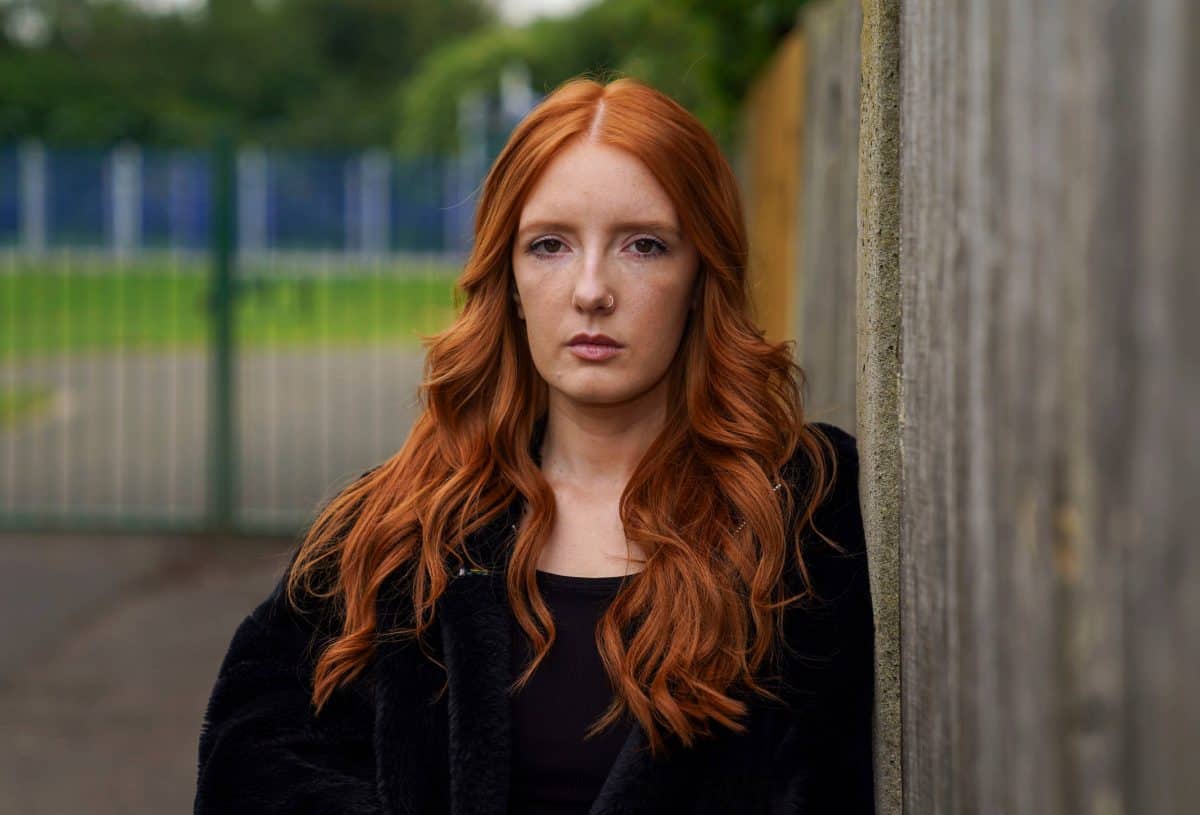 A woman who was arrested at the Clapham Common vigil for Sarah Everard is preparing to start legal action against the Metropolitan Police.

Patsy Stevenson has told Scotland Yard that she intends to start proceedings against the force should it not withdraw the fixed penalty notice she was issued with.

The 28-year-old is also asking for an acknowledgment of wrongdoing and an apology.

Images of the physics student being handcuffed and held down by two male officers sparked anger at Scotland Yard’s policing of the gathering on March 13.

Hundreds attended the vigil in south-west London to pay their respects to 33-year-old Ms Everard, who was killed after disappearing while walking home.

But people turned up throughout the day, and officers did not intervene for the first six hours while many came to lay flowers, with the Duchess of Cambridge also paying her respects.

Patsy Stevenson, one of the people arrested during the vigil in Clapham Common, says she would like to "have a conversation" with Met Police Commissioner Cressida Dick.

By the evening, hundreds of people had gathered and refused to leave when asked by police, leading to clashes that saw protesters bundled to the ground and arrested.

The Met faced a barrage of criticism, including calls for Commissioner Cressida Dick to resign.

An official report from the watchdog, Her Majesty’s Inspectorate of Constabulary and Fire and Rescue Services (HMICFRS), backed the Met’s handling of the event and found no evidence of heavy-handedness.

Ms Stevenson, from Surrey, says she intends to “robustly challenge” the force until there has been an acknowledgement and apology for wrongdoing.

She received a letter dated April 19 telling her that a Met officer had issued her with a fixed penalty notice in the sum of £200 on the basis that she was “present at a large-scale gathering”.

A pre-action letter, sent to the force by Bindmans LLP, argues that the notice was the consequence of an “unlawful” policing operation where some attendees were subject to “excessive force and unnecessary arrests”.

The position on vigils or protests was that police were expected to look at each individual event and weigh up the public health risks with the right to protest and freedom of expression involved.

Ms Stevenson’s lawyers say the policing breached her rights to freedom of expression and freedom of assembly and association.

They argue that exercising these rights would have been a “reasonable excuse” for her to breach coronavirus regulations restricting people from gathering.

And they note a report from the Joint Committee on Human Rights from March which stated that “going on a protest, if conducted in a manner that minimises the risk of spreading Covid-19, could have been and could remain a lawful reason to leave the home during lockdown”.

The Met has been asked to reply by Friday July 2.

Ms Stevenson said the vigil was an important space for women to grieve together and she had drawn strength from the number of women who attended.

She said: “I am angry that the police shut down our space to mourn and comfort each other and I feel violated that male officers used physical force to do so.

“I will not be silenced by such actions and I am prepared to robustly challenge the police for their conduct on that day until there has been an acknowledgment and apology for their wrongdoing.”

Rachel Harger, a Bindmans solicitor representing Ms Stevenson, said the Met maintained a position that participation in the event was a criminal act which was “wrong in law… seriously ill-advised and entirely unnecessary”.

She continued: “The decision by officers to then move to heavy-handed physical enforcement of the coronavirus regulations in order to arbitrarily arrest Patsy, seemingly just so officers could obtain her personal details to issue her with a Fixed Penalty Notice, showed utter contempt for her rights to privacy, freedom of expression and freedom to assemble and associate.

“At the very least, the Metropolitan Police must provide a full and meaningful apology for this disastrous policing operation and the manhandling of women who had gathered only to express their collective anger and grief.”

Sisters Uncut, a feminist campaign group which attended the vigil, said it is “impossible for women to implicitly trust that the police are there to protect us”.

The group added: “It is the treatment of survivors who have reported rape and domestic violence, the policing of women at this vigil, together with the conduct of undercover police officers which all point to systemic failures and long term institutional sexism.”