"It just feels we should employ a mole at the Foreign Office because whistleblowers have done all this work for us and Newsnight and not you." 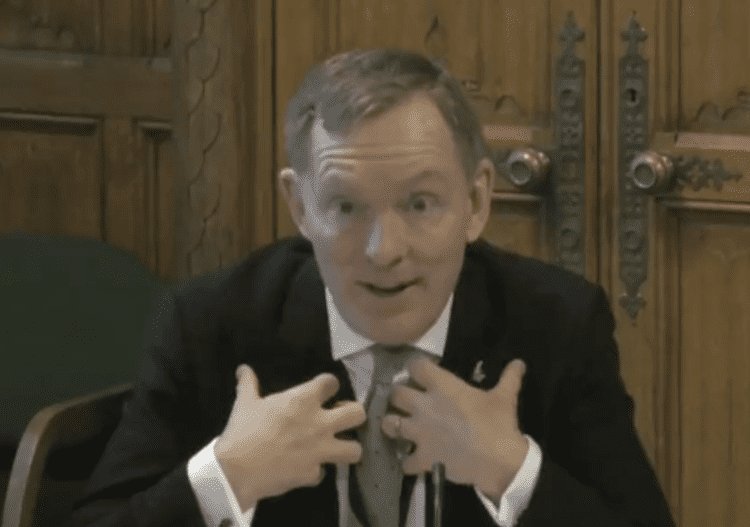 A second Foreign Office whistleblower has backed up claims that Boris Johnson was directly involved in the decision to evacuate cats and dogs from Afghanistan.

The evacuation of animals from the Nowzad charity sparked controversy last year as thousands of people trying to flee the Taliban after the fall of Kabul were left behind.

The prime minister has repeatedly denied he was directly involved in the decision to bring the animals out of the country, saying the claims were “complete nonsense”, despite emails and whistleblower evidence suggesting the opposite.

In response to the accusations two of Whitehall’s top mandarins – Sir Philip Barton, the Foreign Office’s permanent secretary, and Nigel Casey, the PM’s special representative for Afghanistan – were hauled up before the panel of MPs at the Foreign Affairs Committee.

Nigel Casey, the prime minister’s special representative for Afghanistan, apologised to MPs but denied a whistleblower’s allegation he lied to them over the evacuation of the animal charity staff.

Nigel Casey also said he still does not know who authorised the evacuation of staff from an animal charity from Kabul.

Addressing who authorised the call forward for Nowzad staff for evacuation, he told the Commons foreign affairs committee: “As it turns out there was a very good reason why none of us could remember that, and that’s because we had not been told at the time and we haven’t been since.”

However, an exasperated Chris Bryant said: ‘I don’t buy any of it, I’m afraid. I really don’t’ as Sir Philip replied that: ‘We’ve done our best, chair.’

Bryant then added: ‘It just feels we should employ a mole at the Foreign Office because whistleblowers have done all this work for us and Newsnight and not you.’

Labour MP Chris Bryant asked: “Your view is whilst the committee was misled it was inadvertent and you’re sorry?”

Mr Casey replied: “That’s right and I repeat that apology to you wholeheartedly right now.”