The Crown had claimed footage filmed by the League Against Cruel Sports showed “a proper fox hunt going back to the olden days”. 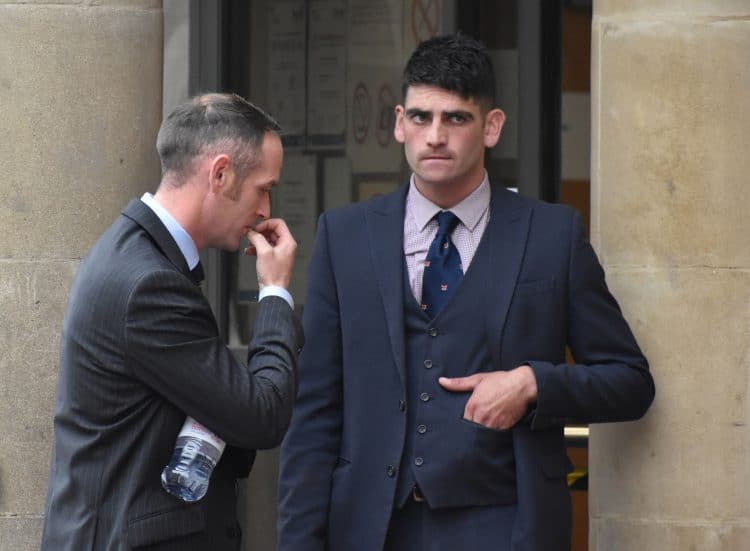 A huntsman and a whipper-in have been cleared of an offence under the 2004 Hunting Act part way through their trial after prosecutors reviewed the evidence of the main witness in the case.

John Oliver Finnegan, 36, and 30-year-old Rhys Matcham were both found not guilty at Leicester Magistrates’ Court after the Crown Prosecution Service accepted the case had no reasonable prospect of conviction.

The Crown had claimed footage filmed by the League Against Cruel Sports showed “a proper fox hunt going back to the olden days”.

But the first witness in the case, League Against Cruel Sports staff member Roger Swaine, told the court on Tuesday that he could not see where Matcham was looking when a fox was seen to emerge from a covert.

Defence lawyer Stephen Welford then asked Mr Swaine: “It’s perfectly reasonable to suggest that hounds were in that bit of covert, they had found an artificial trail… and a fox popped out. That is one possibility, is it not?”

Explaining the Crown’s decision to drop the case on Wednesday, before Finnegan and Matcham had given evidence, prosecutor Mark Fielding said: “The Crown Prosecution Service have a duty to review the prospects of success of a matter at all times, up to and including the end of the case.

“Suffice to say, having listened to Mr Swaine giving clearly honest and truthful evidence in cross-examination, for which he is to be commended, my impression, which I communicated to the reviewing lawyer, was that this case no longer had a reasonable prospect of success.

Immediately after Mr Fielding’s comments, the chairman of the three-strong magistrates’ bench entered not guilty verdicts on both defendants.

Finnegan, who lives at the premises of the Quorn Hunt in Kirby Bellars, near Melton Mowbray, Leicestershire, and Matcham, of Kennel Drive, Badminton, south Gloucestershire, both denied illegally hunting a wild mammal with dogs on land near Breedon-on-the-Hill, Leicestershire, on February 4 last year.