"I wonder if 'The sea was actually closed' will be remembered as prominently as an alibi as 'It was almost impossible for me to sweat'" wrote one Twitter user. 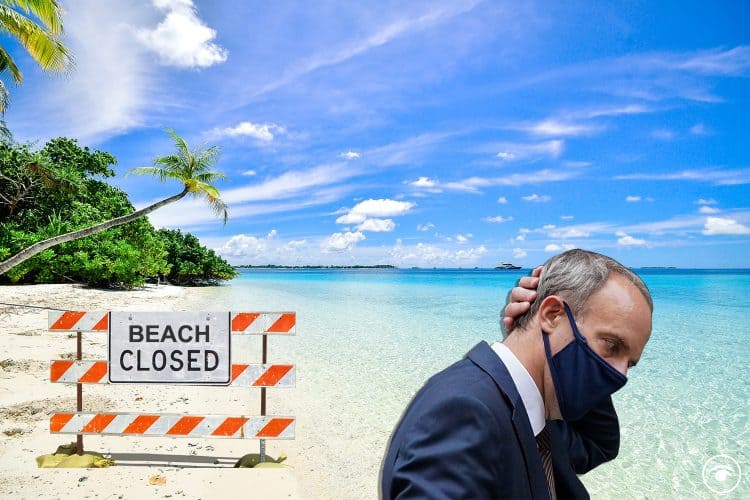 Dominic Raab has said reports of him paddleboarding on holiday while Kabul fell are “nonsense” because he was working and the sea was actually “closed”.

The Foreign Secretary faced strong criticism for not returning from Crete when the situation in Afghanistan began to deteriorate and the Taliban took control of Kabul.

Mr Raab has said he left to return to the UK on Sunday August 15, and that he was “working tirelessly” throughout that period despite being out of the country.

The Times reported that witnesses said they saw Mr Raab swimming and using a paddleboard on the last day of his holiday.

And questioned on BBC Radio 4’s Today programme about claims that his department asked him to return home on Friday August 13, Mr Raab said: “I was not asked by my officials. I was not directed home.”

He went on: “I’m not going to add any more to the speculation in the media. What I can tell you is that from that period I was engaged from a hotel room, my family was on the beach, not me. I checked in on them episodically, but the idea that I was lounging on the beach is just nonsense.”

However he did admit that with the benefit of hindsight, “of course I would have come back, I probably wouldn’t have gone on leave at all, but we deal with the assessments that we are given”.

He added: “The pace of the Taliban takeover, I think, even caught the Taliban by surprise.”

The stuff about me paddleboarding is nonsense.

“The sea was closed” pic.twitter.com/oMypG9W3jy