They gathered outside the SEC centre in where The Undersea Defense Technology held an armaments conference showcasing new weaponry innovations and technology. 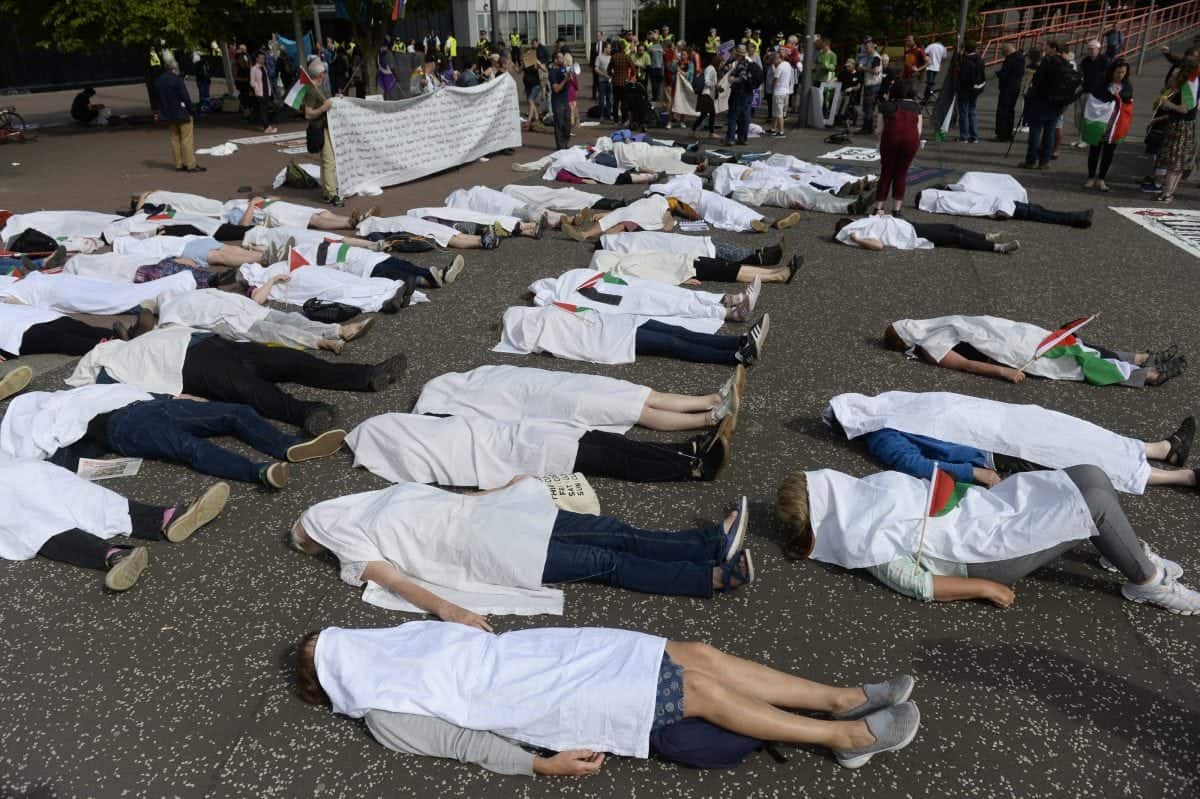 Hundreds of protesters have gathered today (Tue) to rally against arms dealers.

They gathered outside the SEC centre in where The Undersea Defense Technology held an armaments conference showcasing new weaponry innovations and technology. 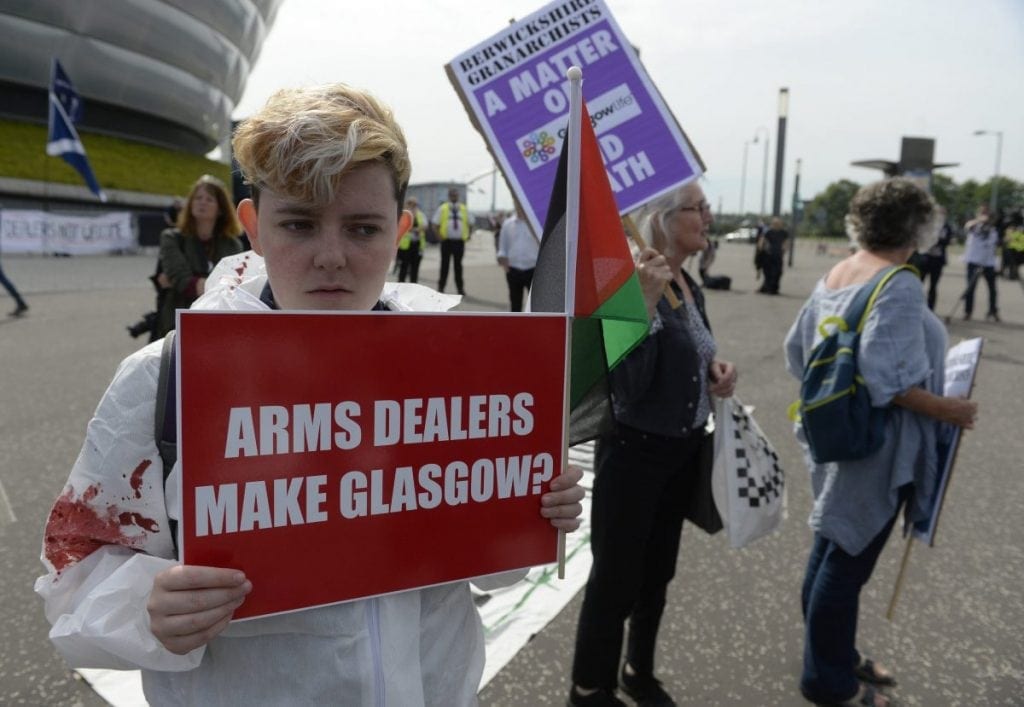 The event saw four sit-in protestors at the doorway of the venue and more than 30 officers and six police horses block the entrance.

Two protestors were seen storming past security at the doors and were later detained. 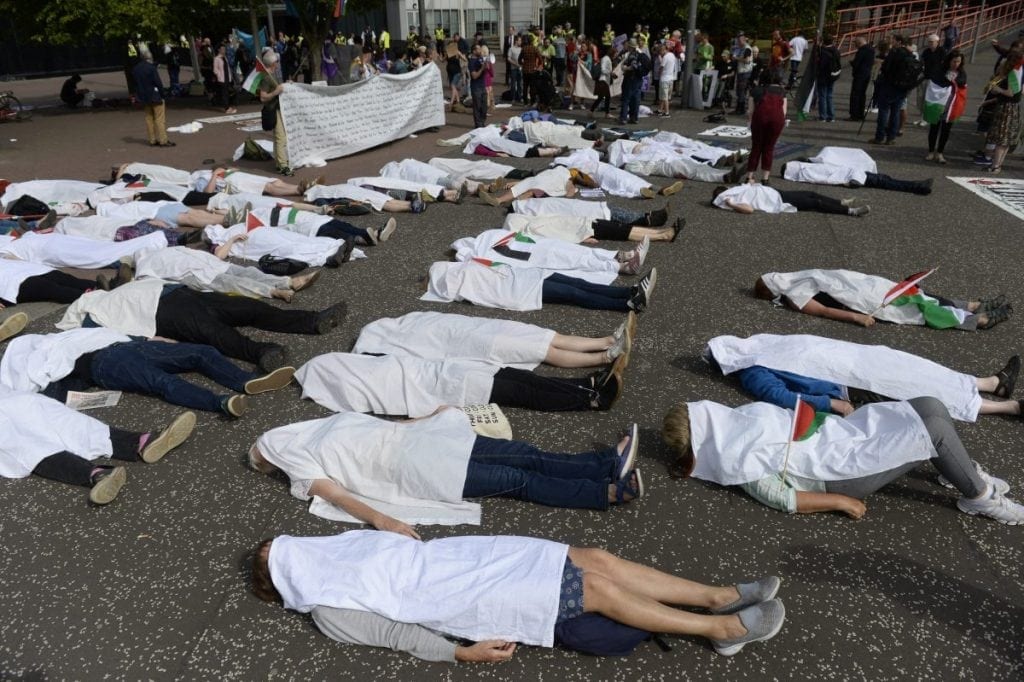 Police confirmed that two men have been arrested, both for breach of the peace offences and one has been issued a fixed penalty.

The rally was held by the Scottish Against Militarism and Campaign Against Trade and saw the peace protestors laying on the ground in white sheets to represent people who have died at the hands of weapons. 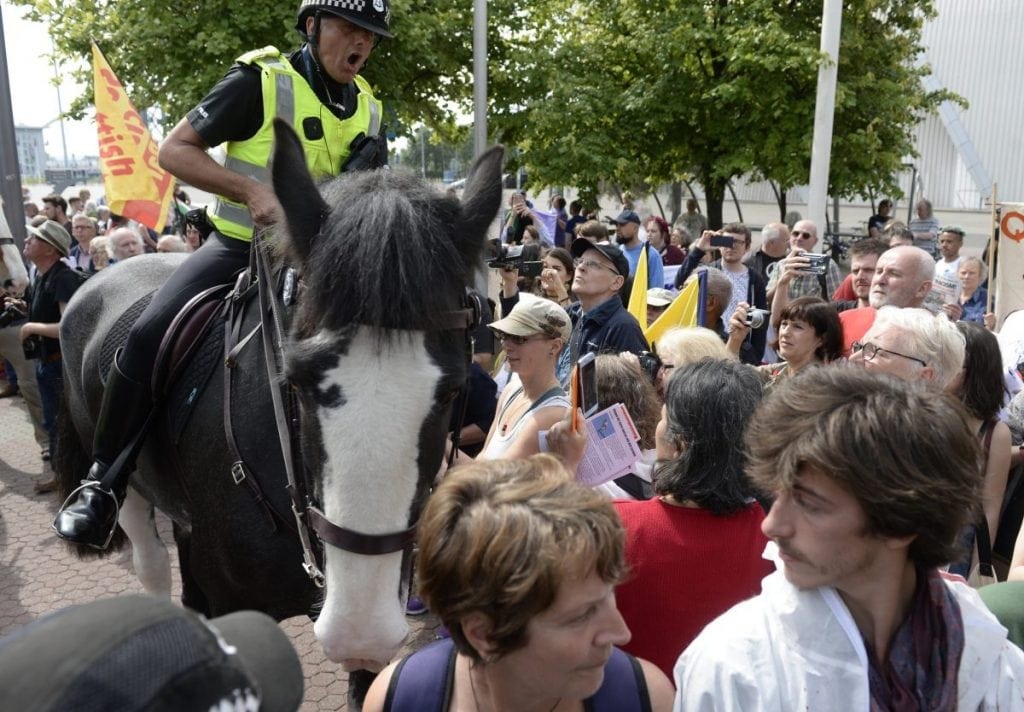 The Undersea Defense Technology event in Glasgow will see 1,100 industry representatives from 40 countries come to the city. 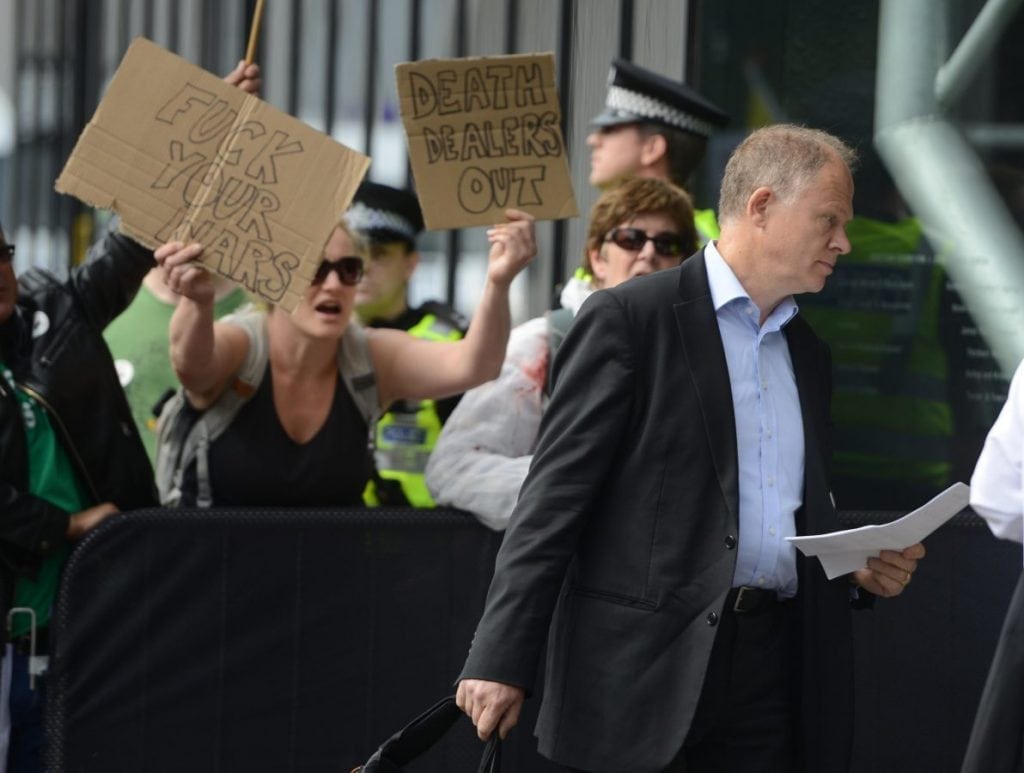 The controversial military event is set to run from June 26-28 and protestors are expected to return again tomorrow.