Sitting somewhere between a pasta dish and a meaty main course lasagne has always occupied unfamiliar ground on traditional pub and restaurant menus. For punters like me the notion of a small dish and salad being served up for my main course can be off-putting when faced with the stomach-pleasing prospect of pie and mash […] 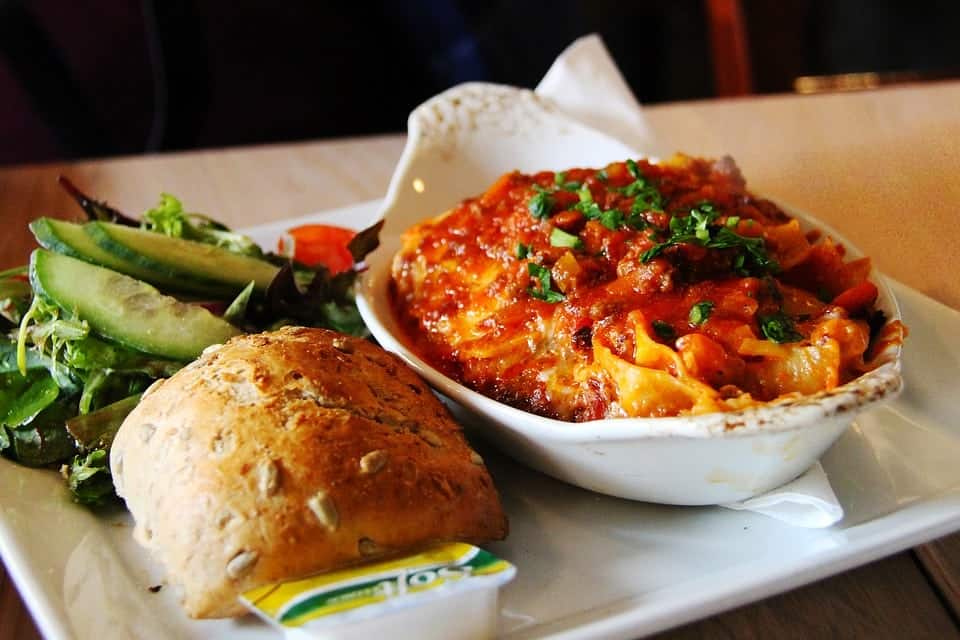 Sitting somewhere between a pasta dish and a meaty main course lasagne has always occupied unfamiliar ground on traditional pub and restaurant menus.

For punters like me the notion of a small dish and salad being served up for my main course can be off-putting when faced with the stomach-pleasing prospect of pie and mash or fish and chips.

‘And’ has become a powerful conjunction on the Great British menu, and where other dishes have been fortunate to attract natural accompaniments lasagne has neither friend nor foe when it comes to an innate side dish.

Some people believe a light salad is the correct fit for a dish that is already carb-heavy and others say no accompaniment at all is required based on that criteria.

But I believe that lasagne should contribute to a hearty meal if it is to compete with other items on the traditional Great British menu, and thus we move into a carb-central arena.

On the one hand you have garlic bread. In a short poll I conducted on Twitter garlic bread came out as the top choice for lasagne, with just under half of respondents agreeing that bread and pasta generally fuse well.

Just under a third opted for a side salad and veg was also thrown in the free text, but one of the dark horses that I included (intentionally) was chips, which garnered a measly 14 per cent of the vote.

Poll for a story I’m writing – what should lasagne be served with in restaurants/ pubs?

In my view it is a crime that chips, which for the sake of argument includes sweet potato fries and other modern equivalents, don’t get offered up alongside lasagne more often on pub and restaurant menus.

And here’s my theory as to why.

Lasagne is kitchen trickery designed to get people to order more food on top. It is a starter masquerading as a main course, a part masquerading as the sum, and it is driving people to the side dish options in a bid to get the final bill tally increased.

You can bet your bottom dollar that the people who delight in a salad served or a slice of garlic bread with their lasagne are the same people who add on expensive additional dishes to sit in the middle of the table, even though the extra dishes patently favour those who have come up short on their food quantities.

Next time you’re out for dinner take note, and perhaps reconsider what really should be served with lasagne.