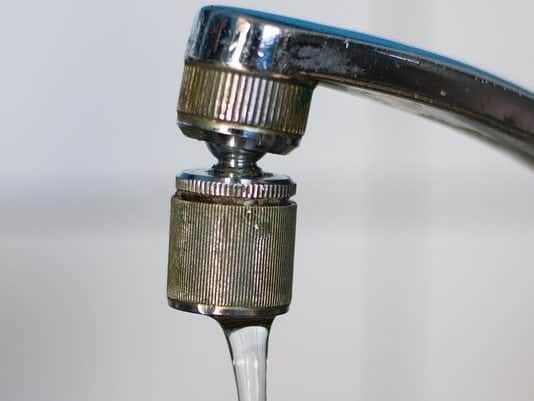 Hundreds of homes were left without water or just a dribble coming out of taps as Britain swelters after a power cut at a Surrey reservoir.

A power failure at Thames Water’s Blacksdown reservoir near Haslemere overnight caused water pressure to drop for some homes in the area.

Thames Water had to hand out water bottles and pump water into the network to keep pressure up as demand remains high as brilliant sunshine and blue skies continue to dominate the nation.

The water firm stressed the power cut was not due to the heatwave but a technical fault at the reservoir.

It had received 126 calls from customers who would have had lower pressure than normal or no water at all but there would have been a few more affected homes.

A spokeswoman said. There was a power outage at the reservoir. It went out late last night but is back to normal and the power was back on late this morning.

“Essentially it affected people this morning. Peoples supplies are returning to normal.”

“We know that being without water on such a hot day is hugely disruptive but we’ve worked flat out to get thing back to normal as quickly as we could.

“We hope the bottled water we made available went some way to easing the burden and we’ll keep bottles available in the area until we know for sure everyone’s water is back to normal.”

The firm tweeted just after 6am: “We’re sorry to any customers who may be experiencing low pressure or no water this morning.

“There has been a power failure at Blacksdown reservoir and we have a team on site working with SSE to get things back to normal.”

Around 11am it tweeted: “We’ve managed to restore the power, however, we’re having issues with fuses tripping.

“We continue to work with electricians on site to get things back to normal as quickly as possible.”

Around midday it added: “We’ve been pumping water into the network to improve the pressure and levels are now rising following this morning’s peak draw.

“Supplies should be returning over the next couple of hours.

“We will continue to take pressures in the area and once we’re confident supply is stable, we’ll provide a further update. Thank you for your patience.”

At 1.45pm it said: “We’re starting to see reservoir levels rising as we move more water into our network but this can take some time.

“Engineers will continue to test water pressure and customers should start to see supplies return over the next few hours and over the course of the afternoon.

“We understand it’s a hot day and we’re very sorry for the impact this has caused.”