The Zoological Society of London said it was not clear whether the wound was inflicted before of after the whale’s death. 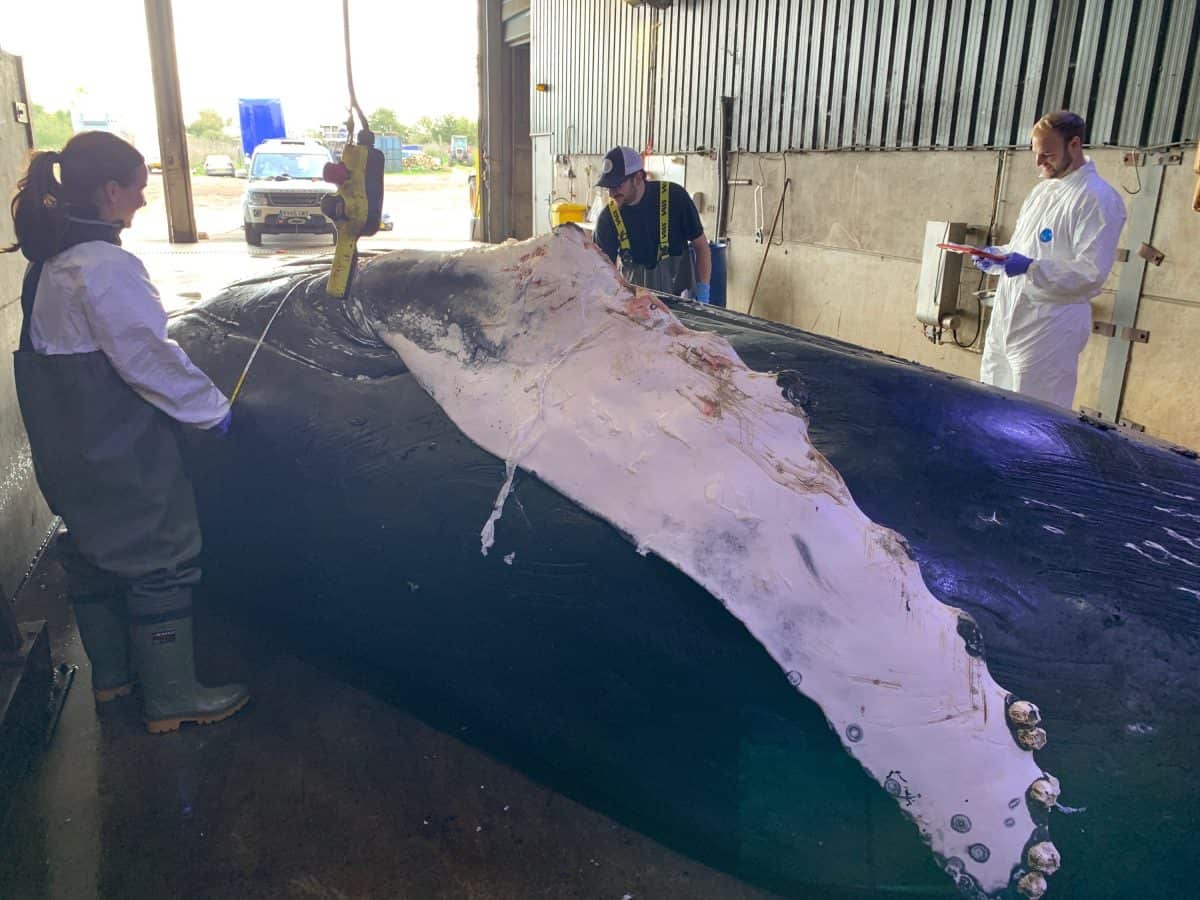 A humpback whale which swam into the Thames was hit by a ship, the Zoological Society of London has said.

However, it is not clear whether the wound on the juvenile female was inflicted before or after the whale’s death.

The British Divers Marine Life Rescue (BDMLR), which has been dedicated to the rescue and well-being of marine animals in distress around the UK for more than 30 years, said it found the dead whale just after 5pm yesterday in the Greenhithe area.

Rob Deaville, ZSL’s CSIP project manager, said: “ZSL experts from the UK Cetacean Strandings Investigation Programme (CSIP) are working with colleagues from Port of London Authority to carry out the post-mortem of the deceased humpback whale.

“From initial examinations ZSL can confirm the humpback whale is a juvenile female and has a large wound indicative of a ship strike, but it is currently unknown whether this was inflicted before or after the whale’s death.

“ZSL’s CSIP team will be carrying out the post-mortem this evening to learn more about the reasons for the whale’s death and why it entered the Thames.”

Humpback whales are rarely stranded around the UK coast, with just one or two recorded on average each year.

However, this is the fifth humpback to be recorded stranded in the UK so far this year.

Two other humpback whales which have previously been recorded in the Thames and wider Thames estuary region, in 2009 and 2013 – both died.