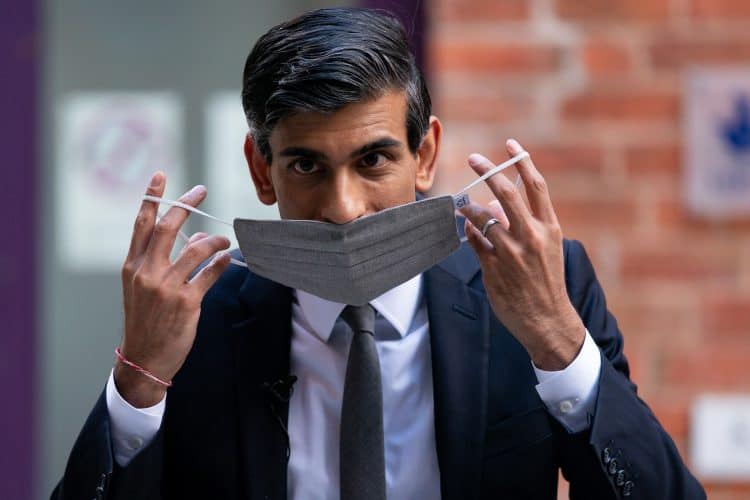 Treasury officials were handed pay rises of up to 30 per cent and £15,000 in the midst of the pandemic – despite rows over pay for nurses and police officers.

The department’s accounts, seen by the Telegraph, show that six of the top nine officials in position over the past two years received pay rises last year – while five received a bonus.

Rishi Sunak’s chief economist, Clare Lombardelli, was given an increase of at least £30,000 – pushing her salary towards £150,000.

The two top Treasury civil servants, Sir Tom Scholar and Charles Roxburgh, were each given bonuses of up to £20,000 on top of their salaries, as was the department’s head of tax and welfare, Beth Russell.

Tory MPs told the newspaper that the pay rises were “completely unacceptable” in a year which has seen public sector frozen in response to government borrowing during the pandemic.

NHS nurses and paramedics will receive a three per cent pay rise after a protracted battle with ministers, an offer which unions have described as “nowhere near what’s needed”.

Sunak, the chancellor, said in March: “Given the very obviously difficult fiscal situation that we face … to try to protect those public-sector jobs, it was reasonable to take a more targeted approach to public-sector pay this year.”

Treasury officials were reportedly paid the most of any Whitehall department except the Department of International Development, which has since been abolished.

He said; ”I would have thought that they would show a bit of sympathy and that even if you were to pay them bonuses, they weren’t paid until everyone was back to work properly.

“I am surprised at the lack of judgment. Everyone had a tough time last year and I just find it bizarre that anyone would be paid a pay rise at that time. It’s very poor timing and we should use a bit of political nouse on this one.”

Andrew Percy, a Tory MP, added: “If pay had to be frozen for a front-line police officer then it absolutely should be frozen for senior civil servants too.

“It’s completely unacceptable. These people should be following the lead of MPs and ministers, and others in the public sector who are taking a pay freeze this year.”

A government spokesman said: “We need to make sure the civil service is able to attract high calibre people who can deliver quality services and drive forward projects in a way that represents true value to the taxpayer.

“However, very high salaries in the public sector must be justified, so it is absolutely right that we publish this information and allow it to be scrutinised.”