So far PM has hits five banks & three Putin ‘cronies’ with sanctions, so it's doubtful that's putting the Russian leader off too much.. 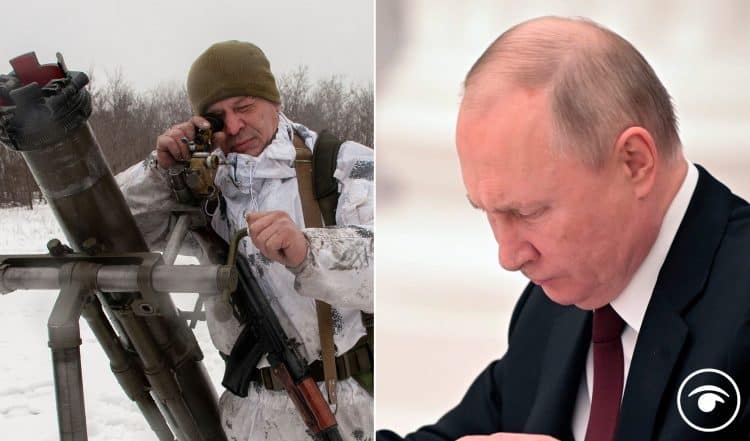 Britain will hit five Russian banks and three wealthy individuals with sanctions, Boris Johnson announced under a “first barrage” of punitive measures ahead of a feared full-scale invasion of Ukraine. But

The Prime Minister described on Tuesday the troops being sent by Vladimir Putin into the Donbas region under the guise of being “peacekeepers” as a “renewed invasion” of Ukraine.

He said the Russian President is “establishing the pretext for a full-scale offensive” as he warned this could include the capture of the capitol Kyiv by the nearly 200,000 troops amassed on Ukraine’s borders.

“Any assets they hold in the UK will be frozen, the individuals concerned will be banned from travelling here and we will prohibit all UK individuals and entities from having any dealings with them,” he told MPs.

“This the first tranche, the first barrage, of what we are prepared to do and we hold further sanctions at readiness to be deployed.”

Will Russia invade the rest of Ukraine?

Only one man knows the answer to that question: Vladimir Putin. He isn’t exactly an open book.

He has made it clear he does not accept Ukraine’s right to independence and considers its land to be part of Russia’s imperial birthright.

Well will these sanctions be enough to stop Putin in his tracks? I’d say it’s doubtful.

So are we facing WW3? Nobody wants it but it is a possibility.

Please don’t panic, look at these memes, then maybe have a stiff drink. That’s what I’m doing!