"It is however perfectly fine for him to express the view that rapid growth in foodbanks is rather uplifting." 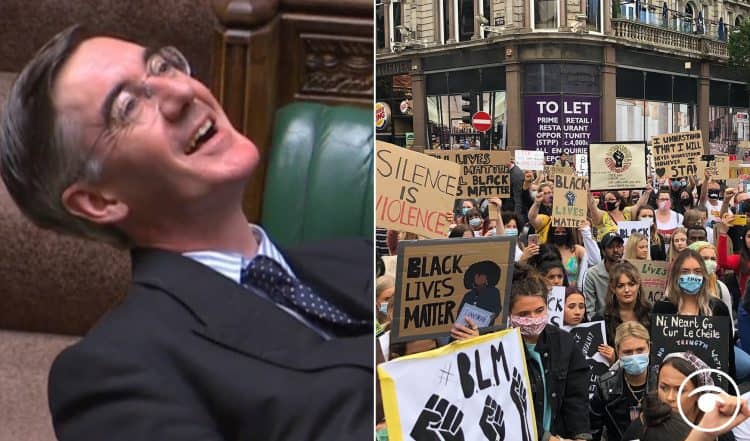 Top civil servants should not put out messages of support for campaigns such as Black Lives Matter, Government Efficiency Minister Jacob Rees-Mogg has said.

In his fortnightly Moggcast for the ConservativeHome website, he said the permanent secretaries who run Whitehall departments must be “completely apolitical”.

Mr Rees-Mogg was asked about the former permanent secretaries at defence and education – Sir Stephen Lovegrove (now the national security adviser) and Jonathan Slater – who were criticised for putting out messages with the Black Lives Matter hashtag.

He replied: “Permanent secretaries should be completely apolitical. They can remember state events, they can remember Armistice Day and Remembrance Sunday and the Queen’s Jubilee.”

Mr Rees-Mogg said he believed officials should be allowed to include their preferred personal pronouns on emails if they wanted to, although they should never be required to do so.

“It is not something I choose to do personally. I am a great believer in freedom of choice for people to decide what they want to do,” he said.

“If you want to put at the bottom you should be addressed as ‘your excellency’ in normal circumstances, that is up to you.

“I wouldn’t choose to do it myself and I certainly wouldn’t enforce it on people and I wouldn’t expect them to do so.”