"Adil Ray Susanna Reid continue to show other news shows how to hold a Government to account," Peter Stefanovic said. 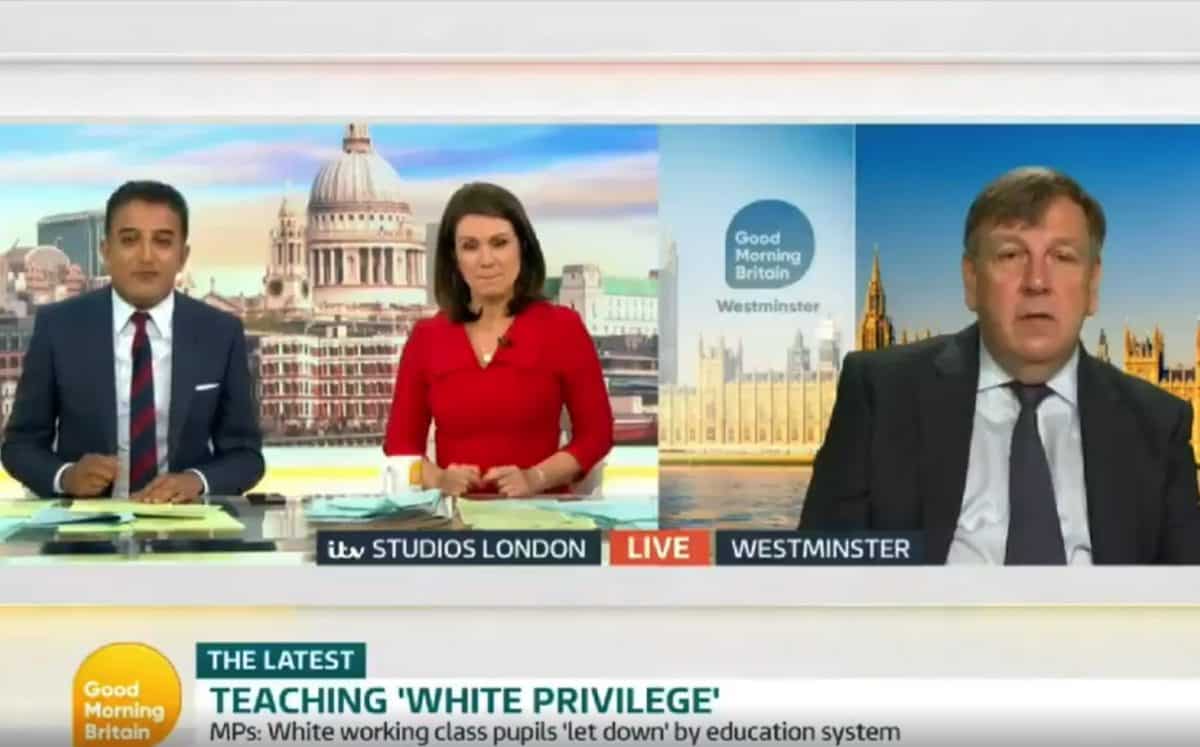 The argument over free school meals resurfaced again today after culture secretary John Whittingdale was accused of hypocrisy for saying he cared about disadvantaged school children.

The Commons Education Select Committee yesterday said that disadvantaged white pupils have been badly let down by “muddled” policy thinking and the Department for Education (DfE) has failed to acknowledge the extent of the problem in a report.

The MPs made a series of recommendations to improve white working-class pupils’ outcomes, including finding “a better way to talk about racial disparities” to avoid pitting different groups against each other.

The committee agreed with the Commission on Race and Ethnic Disparities that discourse around the term “white privilege” can be “divisive”.

The issue came up on Good Morning Britain today, with Adil Ray giving John Wittingdale a piece of his mind on the issue.

“How can you say that you care about those children when you don’t want them to eat free school meals?”

Watch the fiery exchange in full below:

The most powerful interview of a Government Minister you will watch today as @adilray & @susannareid100 continue to show other news shows how to hold a Government to account pic.twitter.com/fRb5Xx6HWd