Arvinder Sarai, 26, discusses day-to-day life as a pharmacist at St Mary’s Hospital in London and how her life has changed working on the front line. 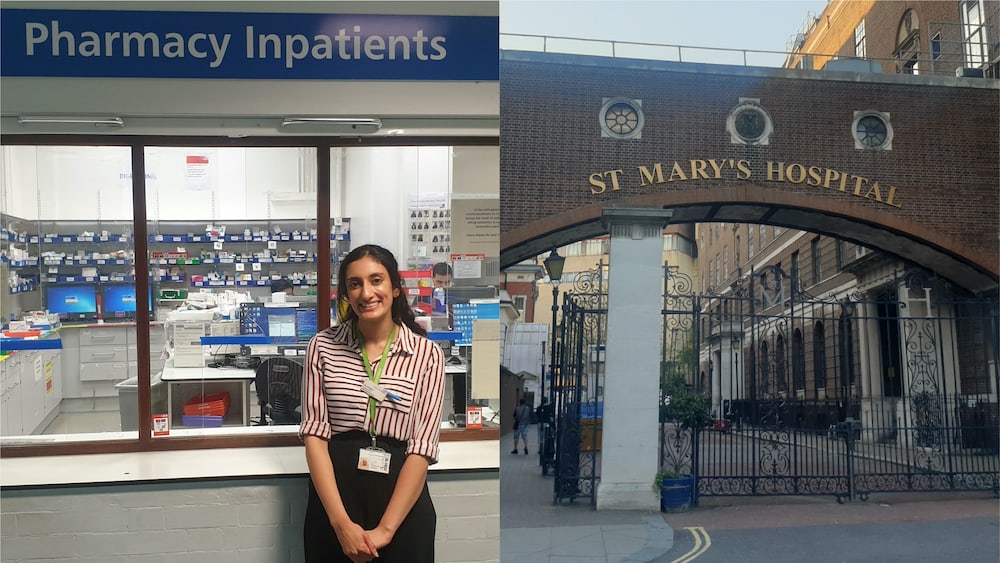 As a pharmacist working in a busy London hospital, Arvinder Sarai is concerned that the public needs to be “vigilant” about the spread of the coronavirus.

As well as maintaining her usual post as a pharmacist at St Mary’s Hospital in Paddington, Ms Sarai has been campaigning for free transport for NHS staff continuing to work throughout the pandemic.

In the latest of a series of profiles looking at workers on the front line of the battle against Covid-19, the 26-year-old talks about her experiences.

– What was your role before the outbreak and how has that changed?

Before Covid-19, the role of a pharmacist is to check every medication, and see if they’re safe and efficacious for that particular patient. Since Covid-19, the added thing is we’re dealing with something that we don’t really know much about, so pharmacists are now heavily involved with clinical trials.

We’re also trying to get the stock in as quickly as we can for the patients.

As a team, it’s been OK. It’s been busier, but we’ve been utilising a lot of people’s good skill sets and we have locums.

– How has it been, personally and emotionally, working on the front line?

You can read a patient’s notes, that they’ve come in with a fall and all they needed was an operation, normally they would be able to go home after that. But then they get Covid-19 and they sadly do pass away from it.

It does make you think that if it was another time, they would have been home right now.

You hear stories about doctors ringing patients’ relatives, saying their loved one has passed away but they can’t see them.

When you’re on these wards, especially an orthogeriatric ward with elderly people, it’s sadder for them because I would typically see families coming in with flowers and cards. You don’t see that now obviously because no-one is there to send them.

I think the worst thing is the isolation, it’s really sad to see. It does get you, I have to be honest.

– Have you found the public’s support of the NHS helpful during this time?

Of course, it has been really helpful. Patients have always been quite supportive, the NHS is our baby. GP practices are closed so a lot of people are going to community pharmacists, and they are really thankful.

The Thursday clapping, it is nice, it’s a very nice gesture, but it does make you feel that after this is all over, I do hope that people appreciate NHS workers, cleaners, porters a bit more. It has to be substantial, such as nurses’ bursaries.

The clapping is nice but then it won’t help in the long-term.

– How would you like the Government to support healthcare workers now and after the pandemic?

I definitely think some emotional support needs to be given to people who have been affected, everyone will be affected but obviously with key workers, it does take a toll on them.

It’s very nice for the Government to clap now or be very thankful for the NHS, but this is the Government that since 2010 have been, with austerity measures, cutting at the NHS. In the future, maybe they should inject more money into the NHS, it’s as simple as that.

I started a petition a month ago (for free transport for NHS staff) … travel does make up for a lot of your wage and income, it does take a lot of mine, and it is really nice that the ultra-low emission zone charge has been lifted, we do have a lot of parking, but if you live in inner-city London, I doubt you have a car.

If you have a long night shift I don’t think it would be very safe to be driving home afterwards.

I have had a lot of good feedback from it, not from TfL (Transport for London)! They said they’re not going to do that because it would take too much time to check everyone’s IDs, and it wouldn’t abide by social distancing laws, but then, when you sign up for an Oyster card you could use your work (NHS) email address.

– What would you like the general public to know about Covid-19?

It’s not because things are getting better that the (Government lockdown rules) have changed, it’s that we probably have more space for you in ICU.

To be honest, I don’t think the rules should change. We might be over the peak but we don’t know what there is to come.

It’s a very novel virus, we’re learning as we’re combating it. People should be vigilant, now is not the time to be sunbathing in a park just because Boris Johnson says it’s OK.

Arvinder’s petition for free transport for NHS staff can be viewed at www.change.org/p/transport-for-london-nhs-staff-should-receive-free-discounted-tfl-travel

Related – Lift the lockdown? The working class cannot pay for it with their lives