“Our NHS is unable to cope with this level of demand for this duration and ultimately it will end in everyone’s health suffering.” 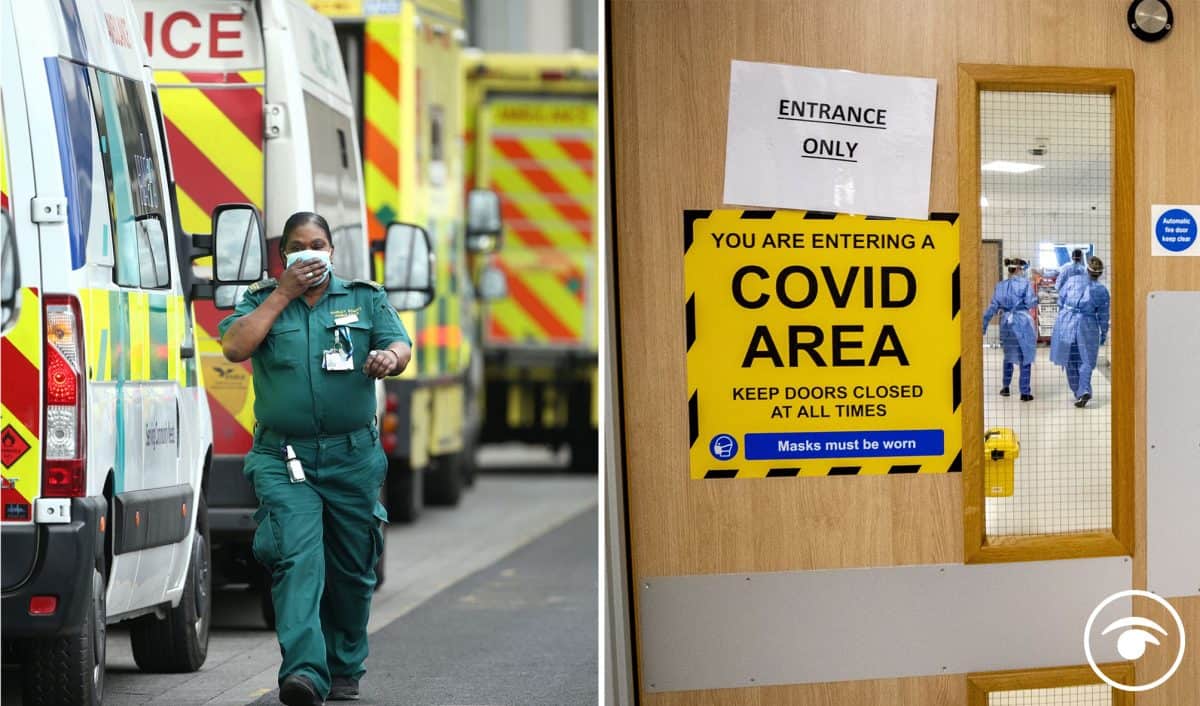 As the Covid crisis deepens, the NHS is now considering plans to discharge patients into hotels as hospitals become swamped with patients suffering with Covid.

Health Secretary Matt Hancock told Sky News that the government would “look at all options” to help relieve the extreme pressure on the health service.

Hancock said: “There are huge pressures on the NHS and, as you’d expect, we’re looking to all different ways that we can relieve those pressures.”

Asked about reports that NHS patients could be discharged from hospitals to hotels, Mr Hancock said: “We’d only ever do that if it was clinically the right thing for somebody.

“But in some cases, people need step-down care, they don’t actually need to be in a hospital bed.

“We work very closely with the social care sector to make sure that capacity is available. But we look at all options.

“So this isn’t a concrete proposal by any means, but it’s something we look at, because we look at all contingencies.”

London Councils and Mayor Sadiq Khan have implored Boris Johnson to immediately implement tougher coronavirus measures – including closing places of worship – or risk putting an “unsustainable strain” on the NHS and public services.

After a major incident was declared in the capital last Friday due to rising Covid-19 cases, Mr Khan and London Councils chair Georgia Gould have written to the Prime Minister calling for measures similar to those in place last March and April.

Aside from the closure of places of worship, they have called for the PM to make mask-wearing mandatory outside the home – including in supermarket queues, on high streets and in other possibly crowded outdoor settings.

Also among four major demands is for the Government to provide greater financial support for Londoners who need to self-isolate and are unable to work, backed by improved asymptomatic testing for key workers.

The two leaders also called for the the rollout of vaccines across London to be accelerated, and for the provision of daily vaccination data by borough and ethnicity.

“We recognise how difficult these decisions are and how they will impose further tough restrictions on Londoners,” the letter says. “With new levels of infection remaining high we are left with little choice but to ask that you implement them.”

Mr Khan and Ms Gould said places of worship were “crucially important for communities” and that “we wouldn’t be making this request if the situation wasn’t very serious”.

“The measures we are asking for would need to be kept under regular review, but if they are not introduced as a matter of urgency then we fear that the transmission of the virus will continue to spread across the capital, putting unsustainable strain on our NHS and public services,” the letter says.

While pledging to support the vaccination rollout, the two leaders urged Mr Johnson to review the distribution formula. They said current plans would leave London and other major cities “with fewer vaccines per head of population compared to less densely populated regions”.

“Currently each Primary Care Network (PCN) in England is receiving an equal distribution of vaccines, despite the huge variations in the size of the populations PCNs serve. We call on you to review this formula and urgently scale up vaccine distribution in London,” the letter says.

While conceding immunising the first four cohorts on the Government’s vaccination priority list “should bring down the mortality rate over the next few weeks and months”, Mr Khan and Ms Gould expressed frustration that it was currently not possible to roll out the vaccine to the next five, mostly younger, cohorts.

“It is these younger groups, the 40 to 60 year olds, that are presenting at hospitals in large numbers,” the two leaders said.

“It is also this group which is spending longer in hospital because they are less likely to die from the virus, but require longer hospital treatment to recover.

“Our NHS is unable to cope with this level of demand for this duration and ultimately it will end in everyone’s health suffering.”

While passengers now need a negative Covid-19 test no more than 72 hours before travel, Mr Khan said more detail was needed on what type of tests were required.

He said the continued reliance on spot checks by the UK’s Border Force to ensure recent arrivals were self-isolating fell far short of rules on quarantine and enforcement used in other countries, as did the £500 fine for non-compliance and cabin crews being exempt from the regulations.

It comes after the NHS medical director for London warned on Tuesday that the capital’s hospitals faced an increasingly dire situation.

Related: ‘Thousands of people will die unnecessarily’ unless health and social care workers given proper PPE