The Animal Justice Project used hidden cameras to show how turkeys were killed before being sold at Christmas markets. 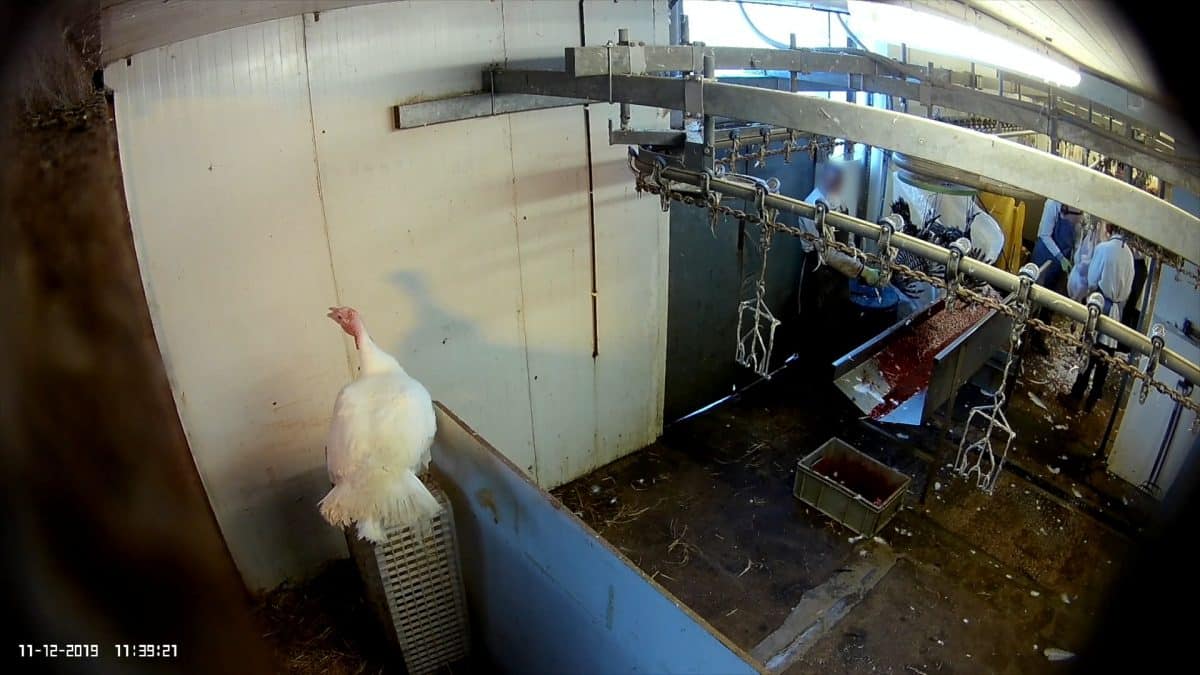 The Animal Justice Project used hidden cameras inside Pastures Farm, Northamptonshire, to show how turkeys were killed before being sold at Christmas markets.

Activists describe the findings as “horrific” and encouraged consumers to opt for a plant-based Christmas.

The video, which also shows chickens and guinea fowl being killed, appears to show workers breaking rules set by the Department for Environment, Food & Rural Affairs (DEFRA) around slaughter.

The rules, published on DEFRA’s website, state: “You risk losing your licence or prosecution if you don’t follow these and other Welfare of Animals at the Time of Killing requirements.”

In particular, the activists allege butchers do not adhere to DEFRA’s rule that turkeys must be allowed to “bleed out” for two minutes before being plucked.

The video appears to show turkeys being plucked almost immediately after having their throats cut and they can be seen flapping about while their feathers are pulled out.

Similarly, DEFRA’s rules state chickens must be allowed to bleed out for 90 seconds before being placed in a scalding tank, but the farm was allowing only 70 seconds according to the activists.

In the video, the chickens can be seen flapping and struggling as they go into the scalding tank on a conveyor belt.

In addition, guinea fowl appear to be live plucked before having their throats slit, apparently going against DEFRA’s rules.

The activists placed the cameras in the farm without posing as employees, they said.

The group has now referred their findings to the Animal Health and Plant Agency (APHA).

“The owner, seen in our footage, has been farming birds at Pastures Poultry for twenty years – we dread to think how many birds him and his workers have brutalised in that time.

“This company supplies cutesy farmers markets, and portrays itself as having high standards, but the reality is very, very different.

“This investigation certainly blows the lid off the notion that buying free-range from farm shops and markets means happy birds and we urge consumers to opt for a compassionate, plant-based Christmas.”

James Evans, owner of the farm, has declined to comment.