Lewis McCartney arrived at Elmgrove Manor on Monday laden with presents for the residents. 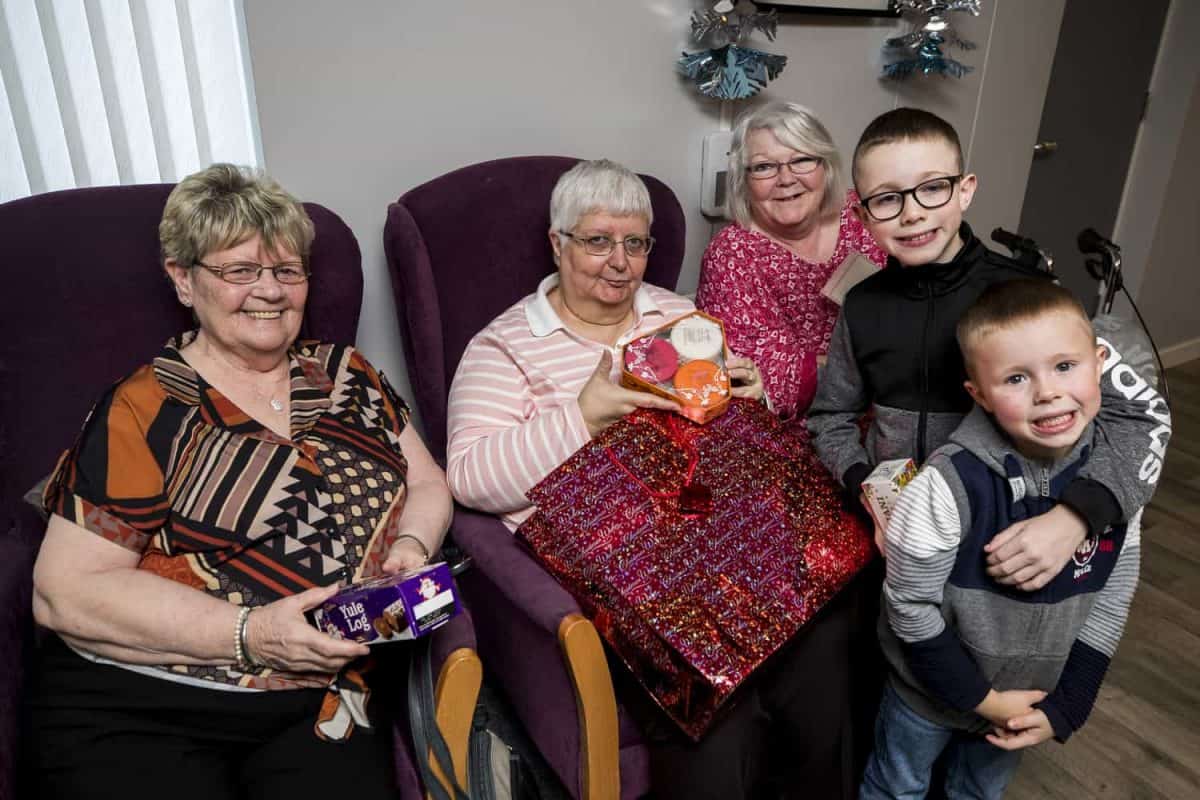 A young boy in east Belfast is guaranteed to be on Santa’s good list this week after he saved up his pocket money to buy Christmas gifts for pensioners.

Eight-year-old Lewis McCartney receives £5 whenever his grandfather visits, and instead of spending it himself, he saved it all up to buy presents for residents of a sheltered housing scheme.

On Monday, he visited Choice Housing’s Elmgrove Manor on the Beersbridge Road with his mother Rebecca and little brother Reece, five, laden down with bags of gifts to give to the residents.

From shower gel to chocolate, jars of coffee and boxes of tea, the boys picked a variety of gifts to suit all tastes.

Lewis was modest when asked what inspired him, simply saying he likes to be kind and think of others.

“So I didn’t spend it and then I went into Connswater and bought shampoo and other things.

He said he did it because “lots of people don’t get any help and I just wanted to help”.

The residents were full of praise for the two boys.

Selina Irvine and Linda Mulholland said they were touched by their thoughtfulness.

“There’s not many kids would do that,” said Ms Mulholland.

Ms Irvine added: “I love to see the children, especially interacting with the elderly because it gives them something and it gives us something.”

“For two young boys their age, it was amazing they would think of think of doing something like this,” he said.