“In 2021, all lesbian, gay, bi, trans and queer Londoners should feel safe to be themselves, but these figures show that this still isn’t the reality." 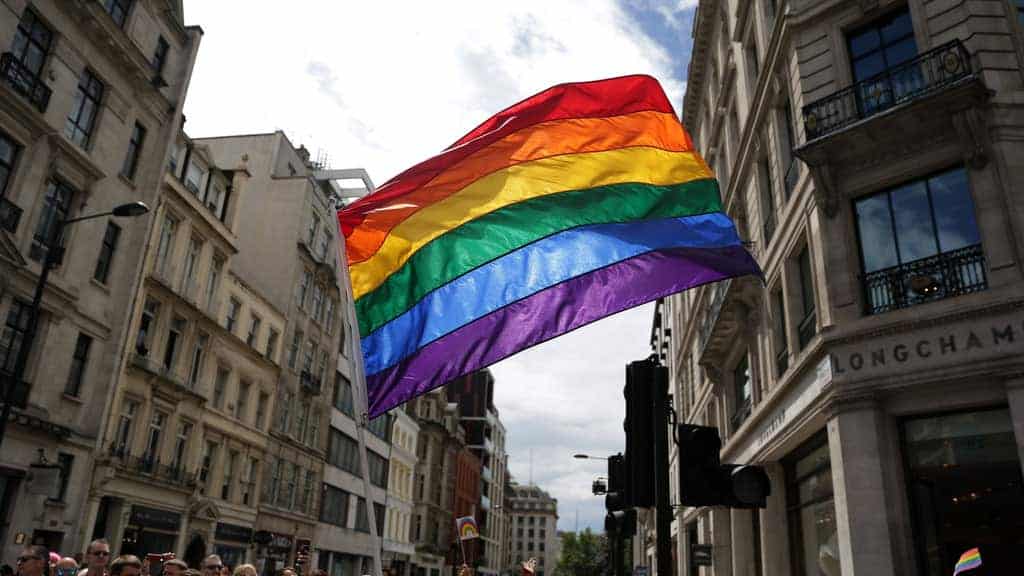 The number of cases of homophobic hate crimes in London have risen by more than 30 per cent in the last year, new figures have shown.

According to data from the Metropolitan Police’s Crime Dashboard, the number of reported incidents involving homophobia rose from 185 in March 2020 to 266 in 2021 – an increase of 37.8 per cent.

It comes as statistics from City Hall, published in January 2020, revealed an increase in the number of homophobic attacks in the capital by over 22 per cent – amounting to almost 55 crimes a week.

The number of incidents occurring in the capital peaked in July last year, with 344 incidents recorded.

Meanwhile, the number of cases reported to the Met Police soared by over 40 per cent between April and June last year.

Of the 3,112 cases reported, the boroughs of Lambeth, Westminster, Southwark, Hackney and Camden saw some of the most dramatic spikes.

A total of 267 incidents were recorded in Lambeth alone, with Southwark and Hackney having seen 193 and 163 cases respectively.

Less than a week ago, Kay was verbally attacked by individuals on three separate occasions while walking down a street in London.

Speaking to TLE she described how all three incidents involved “people yelling out of passing cars” using homophobic slurs.

She explains her ordeal is not unusual: “This has happened to me since I was at school, so it’s not a strange experience for me. I just tend to just roll my eyes at this point.

For Kay, while the incident was “irritating”, she was not “fearful”. With the start of LGBT Pride Month, she explains she no longer fears being able to live “authentically and true to myself.”

Surge in attacks across the UK

These latest figures reflect a surge in the number of homophobic attacks across the UK over the last five years.

However, LGBT+ rights charity Stonewall revealed in a 2017 report that 81 per cent of LGBT people who experienced a hate crime did not report it to the police, meaning figures could be much higher.

Eloise Stonborough, Associate Director of Police and Research at Stonewall told TLE: “In 2021, all lesbian, gay, bi, trans and queer Londoners should feel safe to be themselves, but these figures show that this still isn’t the reality.

“Our research shows that four in five LGBTQ+ people do not report hate crimes or incidents to the police, meaning that these figures may not reflect the scale of the problem. It’s therefore vital that our communities are supported to report hate crimes, and have their experiences taken seriously.

“All of us can do more to make anti-LGBTQ+ hate crime a thing of the past. It’s important that we challenge homophobia, biphobia and transphobia whenever we encounter it, and report incidents when appropriate.

“At Stonewall, we will keep fighting until all LGBTQ+ people are free to be themselves, wherever they are.”

More needs to be done

The rise in hate crimes involving sexual orientation has led to calls for “new laws and tougher sentencing for homophonbic attacks”.

During the London mayoral elections, Conservative candidate Shaun Bailey, called for a new aggravated hate crime offence for homophobic crimes that would align with racist and religious hate crimes, and tougher sentencing.

A spokesperson for the Mayor of London told TLE: “Homophobic abuse and all forms of hate crime have absolutely no place in our city and the Mayor is concerned by this recent rise in incidents.

“He is clear that an attack on any Londoner based on their sexual orientation, gender identity, race, religion or disability is an attack on all of us and is determined to do everything he can to tackle hate crime.

“But it’s clear more needs to be done to help victims report incidents and to prevent hate crime – which we know has risen during the pandemic. As restrictions continue to ease, we all have a role to play in calling out hate but the Government also needs to provide funding for long-lasting efforts to tackle it.”