Rajani Mohanilal, 76, pleaded guilty to two counts of sexual assault on the females who were part of his congregation 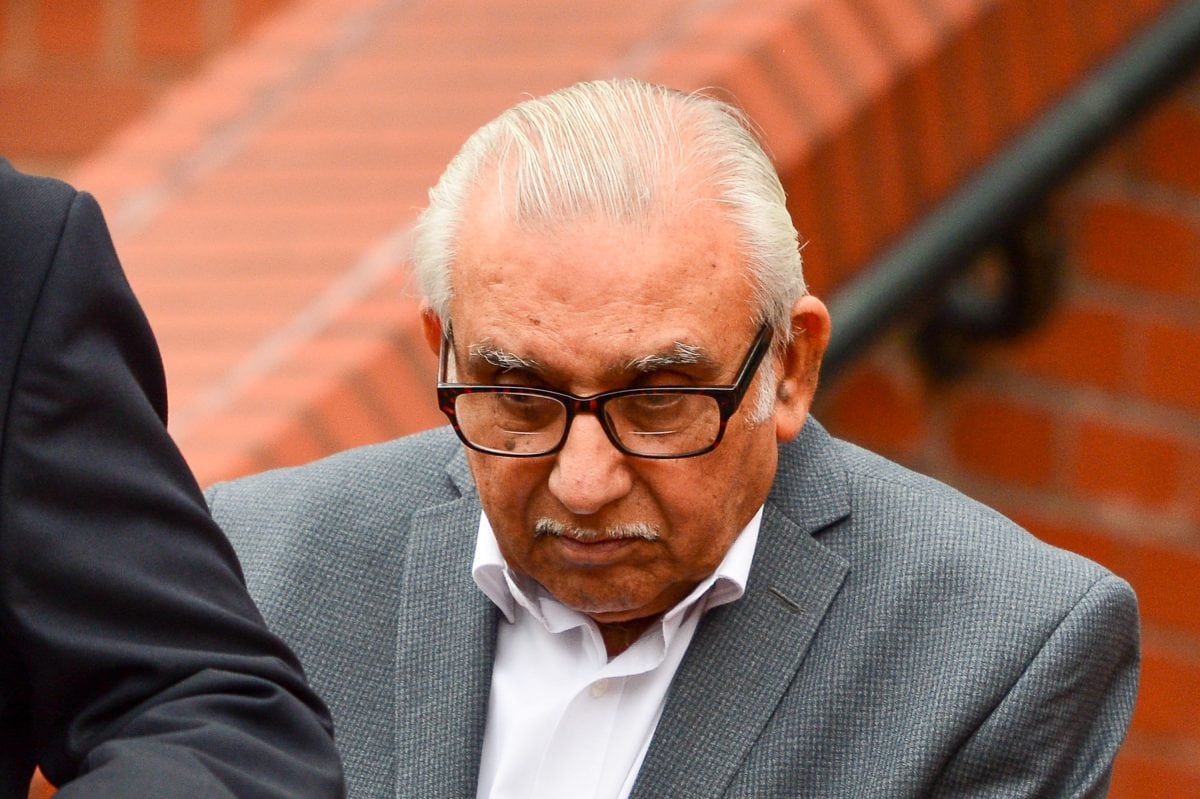 A self-proclaimed Hindu guru is facing jail after admitting sexually assaulting two teenage girls during a sickening campaign of abuse at his place of worship.

Rajani Mohanilal, 76, admitted two counts of sexual assault on the females who were part of his congregation.

A court heard the pervert committed the sex attacks on the girls as they attended prayers at a place of worship and at his home between 2008 and 2013. He also admitted two further counts of causing a female 13 or over to engage in a non-penetrative sexual activity – again on more than ten occasions.

Mohanilal, of Thurmaston, Leicester, pleaded guilty on the second day of his trial and was ordered to sign on the sex offenders register for life.

The pensioner will be sentenced at the same court on September 14.

The court heard how Mohanial claimed he was a disciple of a Guru in India and following the leaders death he was given authority to continue with the teachings.

Detective Constable Shaheen Hovell of Leicestershire Police, said after the case:“Mohanial abused his position of trust within the local community and had no regard for the effect his crimes would have on the victims, one of whom was just a teenager when the offences began.

“The victims have been extremely brave throughout the process, from the initial report all the way through to the court process.

“This was in no way easy for them; the defendant was well-known in their local community and speaking out about these offences was extremely difficult for them. “We are pleased that he has been convicted and we hope this case gives other victims the courage to come forward and report crimes against them.

“It doesn’t matter when the offences have taken place we can still investigate and prosecute individuals.

“We have specialist officers who can guide you through the process and put you in touch with support agencies. Please don’t suffer in silence and contact 101.”