The Government should write into law a positive definition of self-employment to provide clarity on who is and who is not genuinely self-employed, IPSE (the Association of Independent Professionals and the Self-Employed) has said. The call follows a decision in the employment tribunal today that a group of Hermes couriers were workers and not self-employed. […] 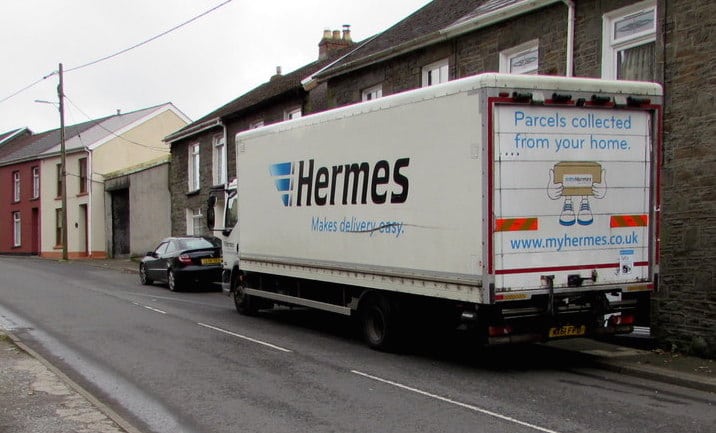 The Government should write into law a positive definition of self-employment to provide clarity on who is and who is not genuinely self-employed, IPSE (the Association of Independent Professionals and the Self-Employed) has said.

The call follows a decision in the employment tribunal today that a group of Hermes couriers were workers and not self-employed.

GMB, the union for lifestyle couriers, scored a landmark legal victory against Hermes after an employment tribunal ruled their couriers are entitled to basic workers’ rights.

The Leeds Employment Tribunal found that a group of Hermes couriers were workers and were entitled to receive the National Minimum Wage and holiday pay.

In an important ruling, which will potentially affect thousands of Hermes couriers, the tribunal ruled a group of Hermes couriers were not independent contractors, as Hermes argued, but are in fact workers who are entitled to essential workers’ rights.

These include the right to be paid the National Minimum Wage, receive paid holiday and reclaim unlawful deductions from their wages.

The ruling affects the 65 couriers that have already brought claims, but is also likely to impact upon the wider network of 14,500 Hermes couriers who are engaged under the same contract as the couriers.

There will now be a further hearing in the Employment Tribunal to calculate the holiday pay, national minimum wage and any unlawful deductions due back that the couriers should receive.

IPSE’s Director of Policy Simon McVicker commented: “The uncertainty about who is and who isn’t genuinely self-employed must stop.

“It is unacceptable that policymakers are relying on costly, time-consuming court cases as the first port of call in determining employment status.

“IPSE is calling on the government to write into law a positive definition of self-employment.

“This would provide peace of mind to the self-employed and companies looking to engage them.

“It would also prevent companies from universally declaring that everyone is a contractor when they should be considered workers or employees.

“We should be cautious, however, not to take today’s case as being representative of the ‘gig economy’ or wider self-employment, and then try to regulate these ways of working into oblivion.

“The reality is that the vast majority of self-employed engagements are what they claim to be: genuine business-to-business engagements which are beneficial to both parties, and to the wider UK economy.”

Tim Roache, GMB General Secretary, said: “This is yet another ruling that shows the gig economy for what it is – old fashioned exploitation under a shiny new facade.

“Bosses can’t just pick and choose which laws to obey. Workers’ right were hard won, GMB isn’t about to sit back and let them be eroded or removed by the latest loophole employers have come up with to make a few extra quid.

“Not only will this judgement directly affect more than 14,000 Hermes couriers across the country, it’s another nail in the coffin of the exploitative bogus self-employment model which is increasingly rife across the UK.

“We urge Hermes to sit down with us and have a meaningful discussion.”

Frank Field MP, Chair of Work & Pensions Select Committee said:“Can even the World Cup produce a better result than this?

“It ranks among the most substantial judicial interventions ever to support vulnerable workers in this country.

“The decision is a mega knockback to those companies still using old means of exploiting vulnerable workers.”

Michael Newman, from Leigh Day said:“We are delighted that the Employment Tribunal has found in favour of GMB’s members.

“This judgment acknowledges that Hermes couriers, as the customer-fronting “face of Hermes”, play an integral part in the success of the company. It confirms that they work for Hermes as part of Hermes’ business.