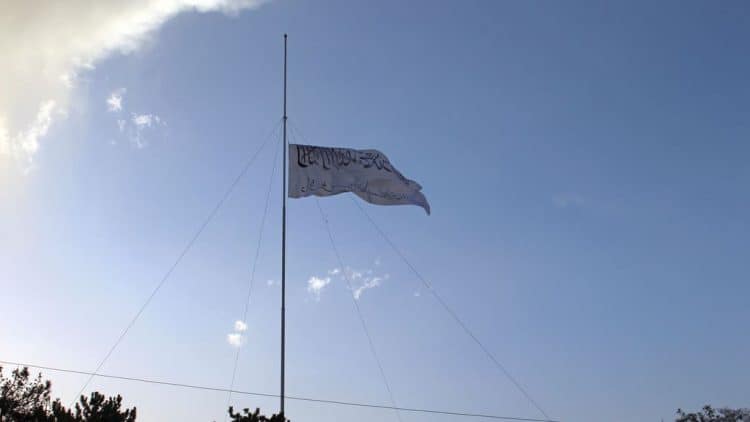 A heartbreaking photo has emerged from Afghanistan showing female schoolcholdren bidding farewell to their teachers.

The picture, shared by British-Afghan social activist Shabnam Nasimi, shows the group of youngsters apparently showing up to class, despite the school being closed amid the Taliban’s crushing sweep of the country.

Posting the image on Twitter, Nasimi wrote: “Teachers said goodbye to their female students who won’t be allowed to go to school anymore. A numbing helpless feeling.”

During the Taliban regime of the 1990s and early 2000s girls were prevented from going to school, and women were forced to wear the burqa and were not allowed out in public without a male guardian.

Her post racked up more than 9,700 likes and 4,500 retweets in less than 24 hours, as fellow social media users shared their fears for women and girls in the war-torn nation.

A photo of a school in #Afghanistan closed due to security issues. The students showed up bright and early anyway.

Teachers said goodbye to their female students who won’t be allowed to go to school anymore. A numbing helpless feeling. pic.twitter.com/D6HiurPFKS

Already on the streets of Kabul, the capital city, there are no jeans and t-shirts around and no women, footage has shown.

“I might have to face consequences and I guess that’s the price that we pay for trying to make this world a little better.”