by Joe Mellor
in Broken Britain, Education, Must Reads, News 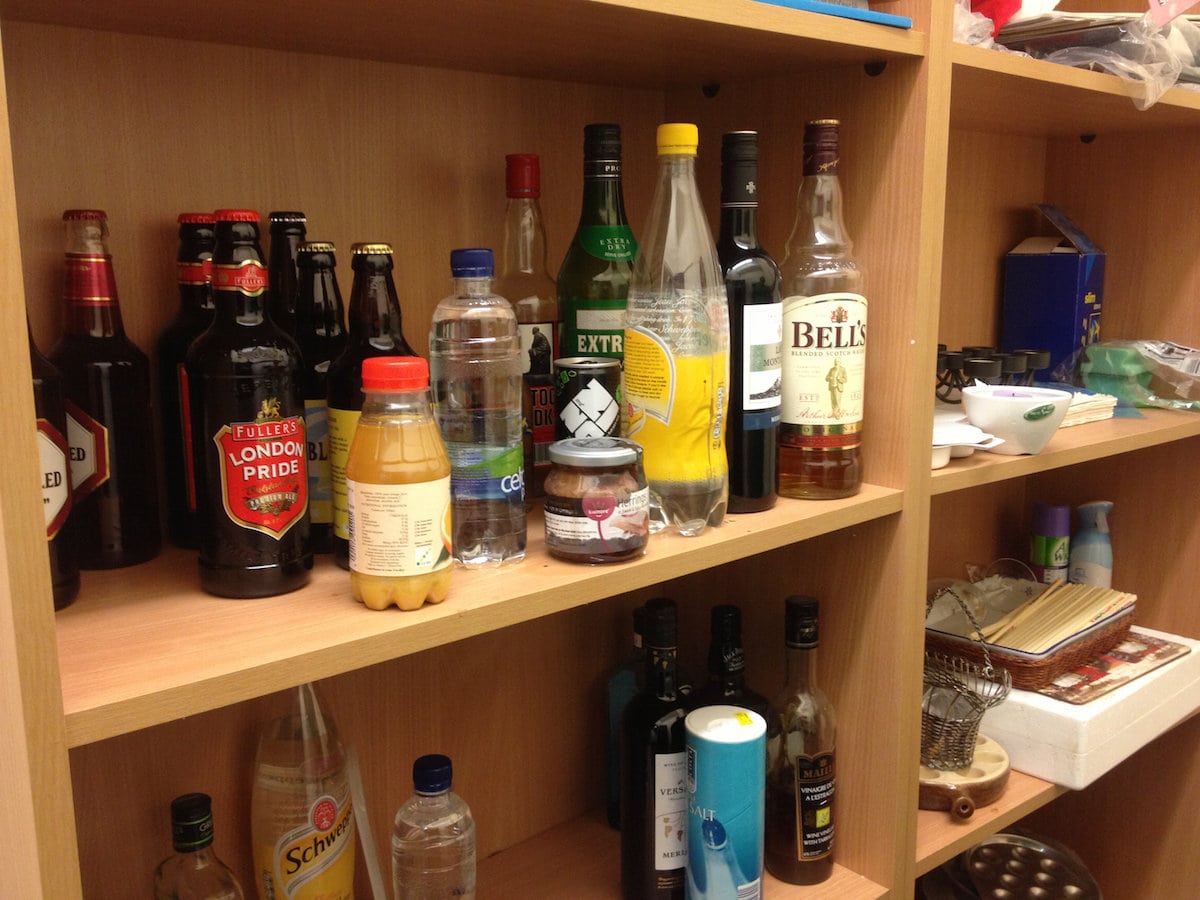 A ‘bullying’ headmaster who stole £100,000 of school funds to fund a lavish lifestyle and romped with his secretary in a specially-built ‘sex dungeon’ was jailed for four years today on Friday.

The room, described as having rugs and cushions with wet wipes on the floor, was discovered during a raid by investigators probing fraud claims.

There was also watermelon lubricant and cards from the karma sutra inside.

Investigations revealed that the £120,000 a year had made £80,000 worth of bogus expenses claims to buy luxury items including smoked salmon and oysters.

Other claims made by Stewart often using his private credit card were for £570 on private car insurance, £11,000 on garden centres and diy stores and £3,000 on fish and wine.

Staff first raised the alarm with Oftsed inspectors after spotting Stewart and his married PA Christine Laxton on Channel 4 as they attended Newmarket races when he claimed to have been at a meeting.

They told how they had heard laughing sounds when Stewart was in his lavishly furnished office Mrs Laxton, along with clear sounds of a “sexual nature, rhythmic moaning and banging,” Huntingdon Crown Court, Cambs heard.

He was also heard serenading her on his electric piano and they would be seen in a dishevelled state with red wine stains around their mouths.

Yesterday, jailing church-going Stewart, judge Stuart Bridge said the ex head at Sawtry Community College in Cambs, had become a “joke” as he abused his headship at the academy for five years until he “resigned in disgrace” in 2014.

The court heard the school had been left in a ‘dire financial’ position by the fraud, it had ‘haemorrhaged staff,’ and it had been put in ‘special measures’ during at Ofsted inspection in 2014.

Stewart, who read history at Cambridge, admitted six counts of fraud and one of misconduct in a public office.

Stewart’s associate principal Alan Stevens, 66, was given a 24 week suspended sentence and ordered to do 80 hours unpaid work for also defrauding the school with bogus expense and credit card claims worth £364.59.

Sentencing Stewart, the judge described him as ‘overbearing, bullying and superior.

He said: “You failed to provide quality of education in staff development and resources, to the detriment of the reputation of the college.

“It is impossible to calculate the impact of your conduct.

“You are paid to exercise discipline, to lead and get respect from children, staff and parents.

“You conducted yourself in such a way you became something of a joke.

“You appear now a man quite rightly a man humiliated by his actions.

“I am of the view that the only sentence this court can pass is a substantial sentence of immediate custody.”

The court heard how Stewart and Stevens’ fraudulent claims were “rubber-stamped” by the school’s governing body’s Responsible Officer, John Kelly.

The school’s bursar Lisa Killner told police the late Mr Kelly claimed he “just did what Stewart asked him to do” and that “there were just signing off on each other’s expenses.”

The court heard Deputy Principal Sarah Shaw-Wilson felt Stewart had been “undermining and humiliating” to her when she tried to introduce changes to tutoring in 2010.

She told Ofsted inspectors there was a “distinct lack of leadership” by Stewart and Stevens during an inspection which saw the school put into “special measures.2

Staff also told how Stewart was called a “racist, sexist, fattist bully” by staff and boasted his management style was “to divide and conquer”.

Staff told inspectors that Stewart’s absences from the school were a ‘running joke.’

Stewart’s swipe card showed he was rarely in school before 1030.

The school’s site manager, said during the summer holidays he heard sounds coming from Stewart’s office “likened to the Benny Hill Show”.

Photographs shown in court showed Stewart’s office with a custom-made bookcase, furniture, cushion and bedding area, electric piano , fridge full of wine, a small electric hot plate for cooking, a fridge with champagne in it and a drawer full of penis straws.

Criminal charges were brought against the pair in December 2014 after the Education Funding Agency investigated the school in July of that year.

This investigation followed a June 2014 Ofsted inspection, which put the College into special measures.

Stewart pleaded guilty to charges brought against him in March 2017, including one misconduct in public office charge that stated he regularly had sex with an adult in his college office specially modified for this habit.

The misconduct charge also included the fact that he often drank alcoholic beverages on school property and kept others from meeting with him by shutting himself in his office for long periods of time, arriving late and leaving early for horse races and ski holidays abroad.

Today Mark Woods, Chief Executive Officer of Cambridge Meridian Academies Trust, said: “The presentation of the case by the prosecution made completely clear the destructive impact that Mr Stewart’s absence of leadership over an extended period has had on the local community and school.”

“The school has undergone dramatic improvements since joining our trust and is now in a very strong position with consistently strong academic results and strong leadership.”