Greta has been making waves in Glasgow...even though she didn't get an invite. 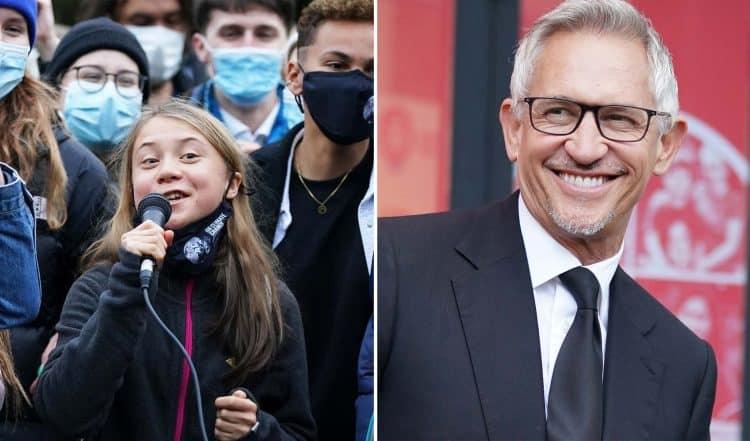 Greta Thunberg said change will not come from the Cop26 conference as she criticised the “blah blah blah” of world leaders at the global gathering.

She was also filmed singing: ‘you can shove your climate crisis up your a**e’

Ms Thunberg arrived in Glasgow on Sunday by train and will take part in two large protests through the city later in the week.

Speaking to a large crowd in festival park on the first day of the Cop26 leader’s summit, she said: “This Cop26 is so far just like the previous Cops and that has led us nowhere. They have led us nowhere.

She added: “Inside Cop they are just politicians and people in power pretending to take our future seriously. Pretending to take the present seriously of the people who are being affected already today by the climate crisis.”

So while the leaders preach to each other about the climate while flying in on private jets, ex-football star Gary Lineker tweeted: “What an incredibly impressive young woman @GretaThunberg is. Whilst politicians get all flustered about f**king fish, she speaks with knowledge, passion and sagacity about the most important issue of our time: saving our home.”