"How much of a pr*ck do you have to be to not wear a mask around national treasure Sir David Attenborough." 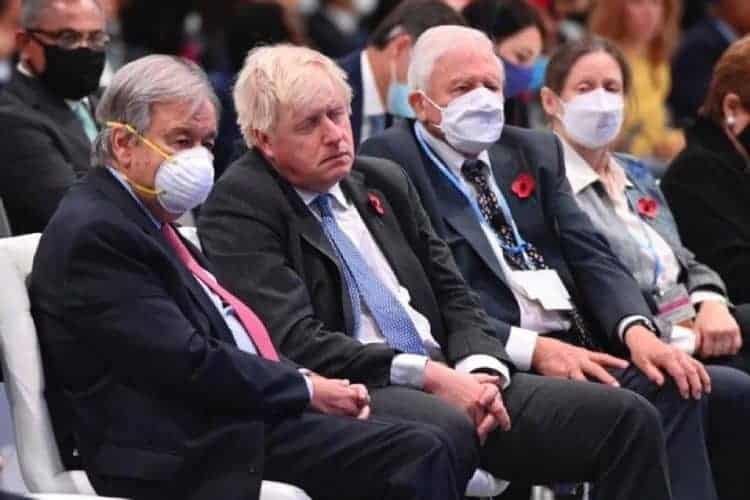 Sir David Attenborough has issued a warning ahead of the UN climate summit in Glasgow that leaders must act now or “it’ll be too late” for the planet.

Cop26 has been billed as the last best chance to keep global temperature rises to no more than 1.5C, with Sir David critical of those who deny the climate crisis.

In conversation with BBC‘s science editor David Shukman, the naturalist and broadcaster said: “Every month that passes, it becomes more and more incontrovertible, the changes to the planet that we are responsible for that are having these devastating effects.”

Wealthier western countries like the UK have a “moral responsibility” to help refugees displaced by climate change, the 95-year-old said.

“We caused it – our kind of industrialisation is one of the major factors in producing this change in climate. So we have a moral responsibility,” he told the BBC.

As expected he made an appearance at the event and told the gathering of world leaders: “We must use this opportunity to create a more equal world and our motivation should not be fear, but hope… If working apart we are a force powerful enough to destabilise our planet, surely working together we are powerful enough to save it.”

But one of the pictures that stands out was Boris Johnson asleep and maskless next to the great man.

It also came out last night that Johnson will be flying back from Glasgow to London in a private jet, just the green credentials he has been talking about all week…

As you would expect this annoyed a LOT of people.

24 hours in Leipzig: What to do, where to eat and where to stay