The chef would have to work for 121 hours in order to pay for the restaurant's £1,450 giant golden tomahawk steak. 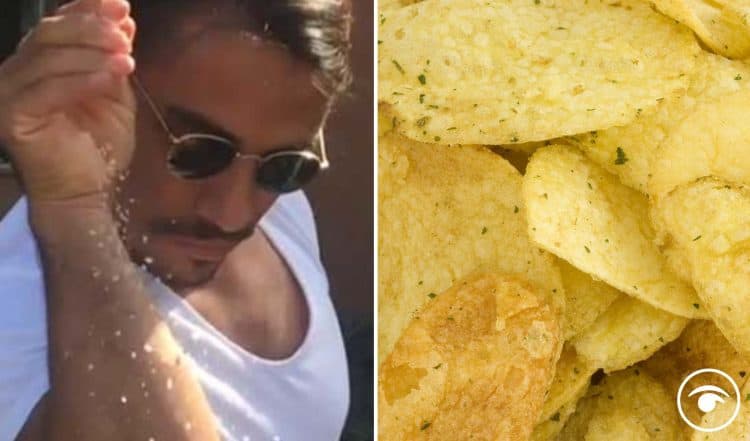 Staff at Salt Bae’s new London restaurant are paid less than the price of one of the cheapest items on the menu.

According to a Caterer.com advert for a Chef de Partie at Nusr-Et in Knightsbridge, “a highly competitive salary” of £12-13.50 will be offered per hour.

The job listing reads: “Amazing opportunity for an experienced Chef De Partie to join Nusret team in the new restaurant in London!

“As a Chef De Partie, you will be working with some of the finest ingredients from the UK and abroad in the one of the most famous steakhouses in the world.

“You will play a vital part in a large team and will support the Head Chef during service.

“To the successful candidate Nusret London offers a highly competitive salary and excellent opportunities to develop a global career.”

While this is slightly above the average Chef de Partie average salary of £11 per-hour, according to Glass Door, the chef has been criticised for the relatively low wage in comparison to his menu prices.

At its lowest of £12, the salary’s hourly rate is less than the cost of a bowl of homemade crisps. Elsewhere, it’s only slightly more than the £10 portion of fries or £9 Coca-Cola, and the same price as sides of corn on the cob, sauteed mushrooms or mashed potato.

It’s then unsurprising that not a single applicant responded to the recruitment call-out for waiters, runners, bartenders and other roles upon opening.

This news follows Salt Bae’s London restaurant having been under fire for various reasons since opening in September. In addition to its eye-watering prices, with a gold covered Tomahawk steak costing up to £1450, the restaurateur has also been accused of deleting negative customer reviews.

As expected, people have taken to social media to criticise Salt Bae and his luxury steakhouse based on staff wages.

One Twitter user wrote: “Salt Bae is offering a salary of £12-an-hour for a chef de partie at his exorbitant Knightsbridge steakhouse.

“The chef would have to work for 121 hours in order to pay for the restaurant’s £1,450 giant golden tomahawk steak!”

Another added: “Salt Bae is charging £1.5k for a piece of steak whilst paying his staff minimum wage. That guy is a savage”.