The teenager was killed when his motorbike crashed into a car outside RAF Croughton on August 27. 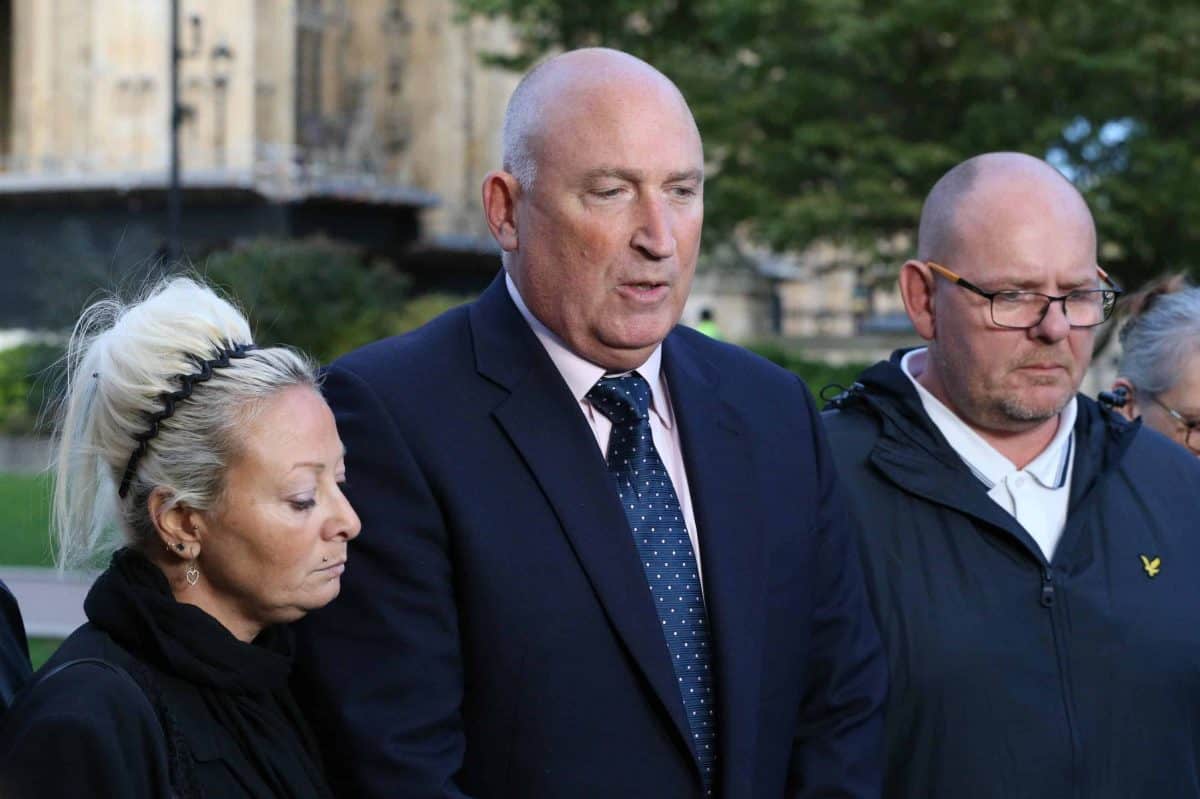 The family of teenage motorcyclist Harry Dunn have said they will “make our feelings known” to US President Donald Trump on his visit to the UK.

The 19-year-old’s parents have called on Prime Minister Boris Johnson to “press the family’s case for justice” upon Mr Trump during his visit to London for a meeting of NATO leaders to mark 70 years of the alliance.

The Queen is set to host Mr Trump, among other world leaders.

Harry’s family will be “congregating outside Buckingham Palace” on Tuesday evening to make “our presence known”.

The teenager was killed when his motorbike crashed into a car outside RAF Croughton in Northamptonshire on August 27.

Anne Sacoolas, the 42-year-old motorist allegedly responsible for the crash, claimed diplomatic immunity and was allowed to return to the US.

Harry’s family have now said they expect the Prime Minister to demand Mrs Sacoolas’s return, to call for it publicly, and then meet the family to confirm he has spoken to Mr Trump about the issue.

Speaking on behalf of Harry’s mother Charlotte Charles and father Tim Dunn, the family’s spokesman Radd Seiger said: “We have called for a meeting with Boris Johnson to press the family’s case for justice.

“The political leaders in the UK have made several public statements that they are doing all they can for Harry’s family. We have seen not a shred of evidence of that.

“Actions speak louder than words. We expect Mr Johnson to demand Anne Sacoolas’s return to the UK in his bilateral meeting with President Trump this week, to also call for that publicly, and then to meet with us to confirm that he has done so.”

Mr Seiger added: “Harry’s family, friends and supporters and people right around the country will not stand for it and we will be congregating outside Buckingham Palace in the early evening as the leaders arrive to make our feelings and presence known and to mingle with like minded people who, like us, believe in right versus wrong.”

It is understood that Harry’s parents have also expressed their “misery” to the Crown Prosecution Service over the time they have taken in deciding whether or not to charge the suspect in the case.

Both Mrs Charles and Mr Dunn have sent messages to a senior Crown prosecutor, in which Harry’s mother spoke of “utterly shattered heart”.

Mr Dunn also called on the CPS to “help us start our grieving process”, over a month on from the police’s initial handover of the completed file of evidence.

Speaking of the CPS’s charging decision, Mr Seiger said: “For reasons unbeknown to the family, the CPS continue to delay authorising a charge. That delay must come to an end.

“There is no good reason for it that we are aware of.”