Ministers are hoping surge testing and the acceleration of second vaccine doses can allow a safe opening up of the nation. 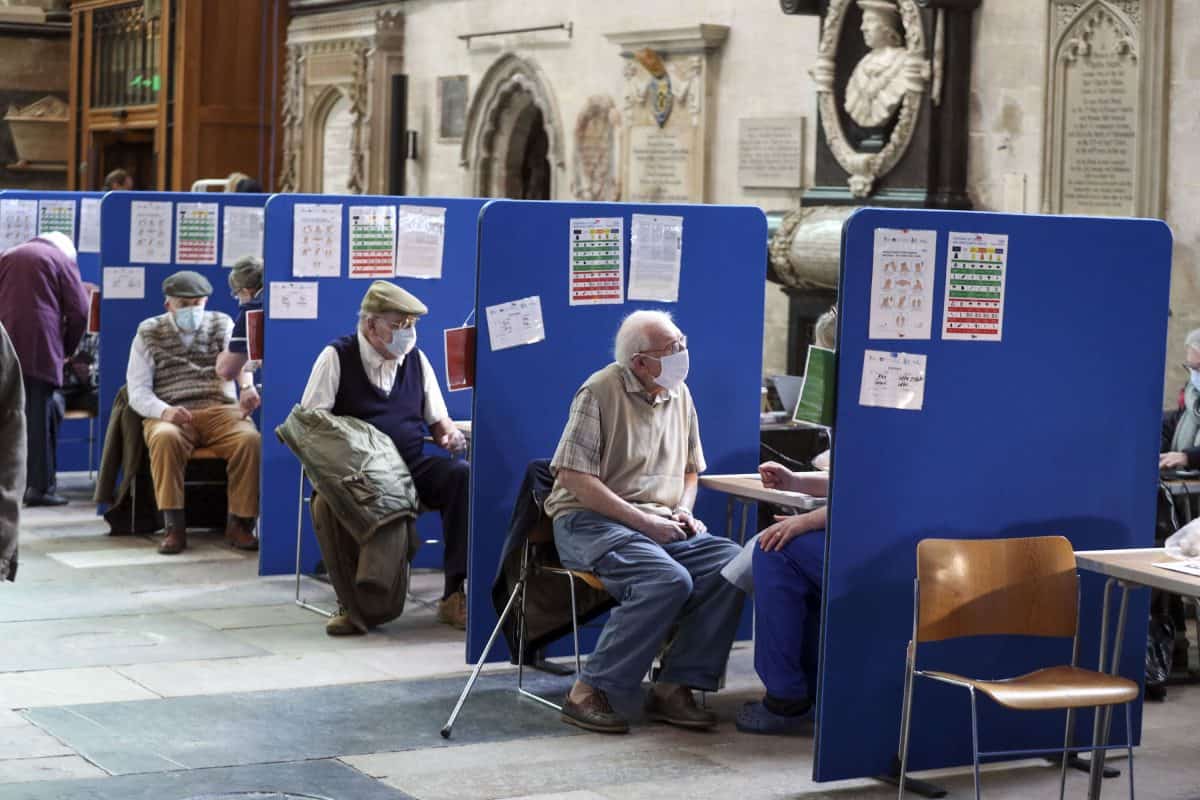 New evidence gives a “high degree of confidence” that coronavirus vaccines work against the Indian variant, Matt Hancock said as he urged people to get jabbed to prevent the new strain spreading “like wildfire”.

The health secretary said on Sunday it is “appropriate” to push on with the major easing of restrictions in England on Monday despite concerns from scientists that it could be 50 per cent more transmissible than the Kent strain.

He did not rule out the possibility of imposing local lockdowns in areas such as Bolton to stem the spread of the variant, although he said it is “relatively widespread in small numbers” elsewhere.

Ministers are hoping surge testing and the acceleration of second vaccine doses can allow a safe opening up of the nation, with jabs due to be extended to the over-35s this week.

Hancock said there are now more than 1,300 cases of the Indian variant in total and it is becoming “the dominant strain” in areas including Bolton and Blackburn in the North West.

But offering good news over plans to ease restrictions without unleashing a fresh wave of infections and deaths, Hancock said there is “new very early data” from Oxford University giving confidence that existing vaccines work against the variant.

“That means that we can stay on course with our strategy of using the vaccine to deal with the pandemic and opening up carefully and cautiously but we do need to be really very vigilant to the spread of the disease,” the Health Secretary told Sky’s Sophy Ridge On Sunday.

“We have a high degree of confidence that the vaccine will overcome.”

Oxford University said the data is preliminary and was unable to share the research because it was not yet written up in a manuscript.

Hancock warned the highly transmissible variant can “spread like wildfire among the unvaccinated groups” as he urged people to come forward for jabs when eligible.

“In Bolton, where we’ve seen a number of people in hospital with this new Indian variant, the vast majority of them have been eligible for a jab but not taken the jab,” he said.

He said there had been no known deaths from the Indian variant in Bolton of somebody who has received both jabs.

Five people have been in hospital with it after received their first vaccine dose, while one person who had received both doses had been admitted “but that person was frail”, he told the BBC show.

As government scientific adviser Professor Sir Mark Walport warned the pandemic is at a “perilous moment”, Hancock insisted it is right to continue with Monday’s easing of restrictions.

People will be able to socialise indoors in homes, pubs and restaurants, and will be permitted physical contact between households for the first time in more than a year.

The health secretary said the extent of the increase of transmissibility of the variant is unknown “so that’s why it’s appropriate to continue down the road map but people need to be cautious and careful”.

He did not rule out that the easing may have to be reversed if the Indian variant proves to be very-highly transmissible, and he said the possibility areas such as Bolton could be forced into local lockdown if testing and vaccinations are not effective enough.

“Given though Bolton has been in some form of kind of a lockdown for a year, it’s not a step we want to take but of course we might have to take it and we will if it’s necessary to protect people,” he told Ridge.

With surge testing also underway in areas of Blackburn, Sefton and London, Hancock said the government will decide on 14 June whether all legal restrictions can be ended in the final step of the road map out of lockdown on 21 June.

And he confirmed that over-35s will be invited to book their Covid-19 jabs this week.