"This is the best thing I have ever seen on abortion," wrote one Twitter user. 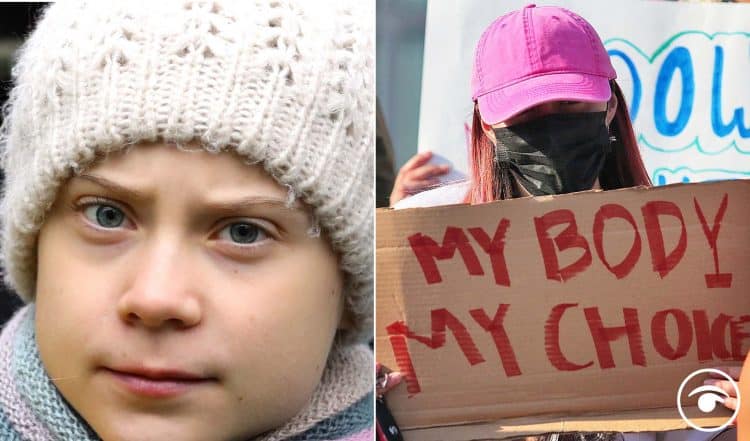 Last week Joe Biden condemned a Supreme Court decision not to block a new Texas law banning most abortions in the state, and directed federal agencies to do what they can to “insulate women and providers” from the impact.

The deeply divided court allowed the law to remain in force in the nation’s biggest abortion curb since the court legalised the operation nationwide half a century ago.

The court voted 5-4 to deny an emergency appeal from abortion providers and others but suggested the order was not likely to be the last word and other challenges could be brought.

The president said his administration will launch a “whole-of-government effort to respond to this decision” and look at “what steps the federal government can take to ensure that women in Texas have access to safe and legal abortions”.

He said women should be protected from “the impact of Texas’s bizarre scheme of outsourced enforcement to private parties”.

Mr Biden, who has come under pressure from Democrats to expand the size of the Supreme Court, has ordered a review of the court which is due next month.

The Texas law, signed by Republican governor Greg Abbott in May, prohibits abortions once medical professionals can detect cardiac activity, usually around six weeks and before many women know they are pregnant.

In response to this move and the wider abortion debate Thunberg took to Twitter to share a chart about the reasons why women have abortions.

She tweeted to her 5 million follows a pie chart that powerfully and bluntly lists the biggest reason for women deciding to get an abortion as “personal choice” at 60 per cent, a blunt expletive “F**k off” at 22 per cent, with “Not your concern” at 10 per cent and “Mind your business” at 8 per cent.

The reasons why women have abortions: pic.twitter.com/KGiWtMtLnq