"We cannot wait, passively, for the possible impact. Our borders will remain safe and inviolable," Greece's citizens' protection minister said. 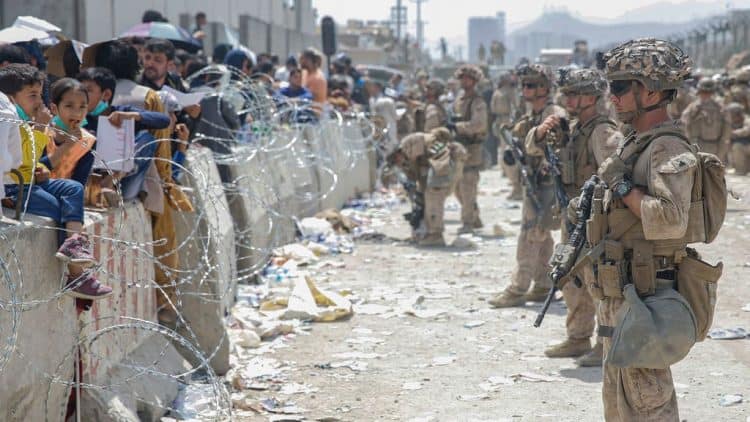 Greece has completed work on a 40km fence with surveillance system to stop asylum seekers crossing into Europe from Afghanistan.

There are concerns that the Taliban takeover could trigger a refugee crisis similar to the one in 2015,when nearly a million people fleeing war and poverty in the Middle East and beyond crossed to Greece from Turkey before travelling north to wealthier states.

Greece was on the frontline of that crisis and has said its border forces are on alert to make sure it does not become Europe’s gateway once again.

The Afghanistan crisis had created “possibilities for migrant flows”, citizens’ protection minister Michalis Chrisochoidis said after visiting the region of Evros on Friday with the defence minister and the head of the armed forces.

“We cannot wait, passively, for the possible impact. Our borders will remain safe and inviolable,” he added.

Greece says it has completed construction of a border wall extension to deter asylum seekers from entering after the Taliban seized control of Afghanistan.

The nearly 25-mile fence borders Turkey, where nearly a million refugees crossed into Greece after fleeing war in 2015. pic.twitter.com/f2SyYSNZV9

Mr Chrisochoidis said the extension to the existing 12.5km fence on its border with Turkey had been completed in recent days and fitted with a hi-tech, automated electronic monitoring system.

There have been chaotic scenes outside Kabul’s airport every day this week as desperate crowds of Afghans try to flee the country.

Joe Biden, at a press conference on Friday, signalled US efforts to rescue American citizens could wrap up at the end of the month, a move that is likely to present a similar deadline for British armed and diplomatic attempts to get people out of the country after the Taliban took control.

Asked whether the US could get all Americans out of Afghanistan by August 31, Mr Biden told reporters: “I think we can get it done by then, but we’re going to make that judgment as we go.”

It comes as Boris Johnson said the UK would have to “manage the consequences” of the US withdrawal from the central Asian country, a move which has come under fierce criticism this week.

The Prime Minister, speaking after chairing an emergency Government meeting about the Afghanistan situation, told broadcasters in Downing Street: “We went into Afghanistan to support and help protect the United States.

“So when the United States decides emphatically to withdraw in the way that they have, clearly, we’re going to have to manage the consequences.”

He said 1,000 people had been repatriated to the UK on both Thursday and Friday, with most of them UK nationals or those who had assisted British efforts in Afghanistan.

According to The Times, Mr Johnson feels “let down” by Mr Biden over the way the US has handled the withdrawal.

It has been suggested the President told G7 leaders at their meeting in Cornwall in June that he would keep “critical US enablers” in Kabul following the US exit from Afghanistan to ensure  a Western presence could continue in the capital, according to a British diplomatic memo seen by Bloomberg.

British officials read the memo, issued before the Taliban’s lightning offensive across the country, as meaning enough security personnel would stay to ensure that the UK embassy in Kabul could continue operating, according to the news service.

Instead, the British embassy has been evacuated, Downing Street confirmed this week.