The accusation comes after Civil Emergency planners described Chris Grayling’s Department for Transport as “unhelpful” and decried it for omitting “key” information when planning for a no-deal Brexit. 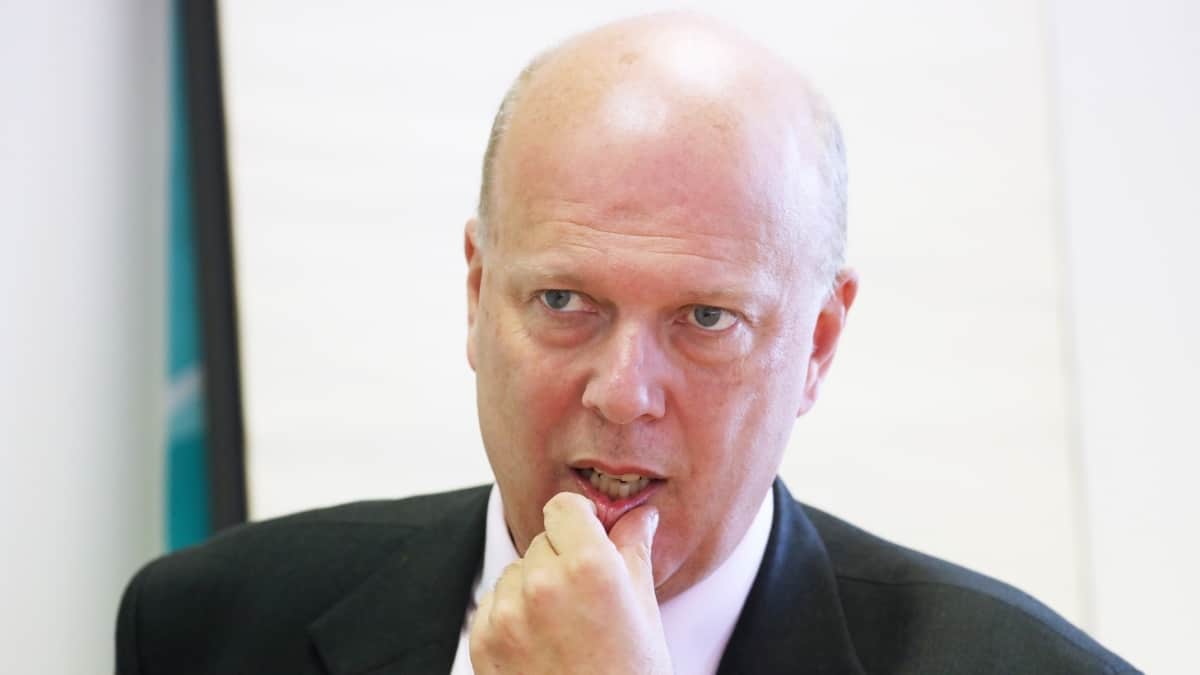 Transport Secretary Chris Grayling has been accused of trying to “silence” road hauliers from raising concerns about a no-deal Brexit.

The Road Haulage Association, the trade body representing freight companies, said Mr Grayling threatened to stop involving the organisation after they espressed their concerns for their members’ livelihoods to the press following a private briefing with the Transport Secretary last August.

Grayling’s reaction is aired in a Panorama expose on how prepared the nation is for a no-deal Brexit eventuality tonight.

In the documentary, Philip Rycroft, who resigned after 18 months as Permanent Secretary to the Brexit Department, tells the BBC documentary a no-deal Brexit was “fraught with risk” for Britain.

Northern Ireland police also tell the Panorama show that the chaos of no deal for the border with Ireland may help recruitment for paramilitary groups.

Jeremy Hunt and Boris Johnson, both vying to replace Theresa May as prime minister, have run campaigns pledging to the Tory membership that they would be prepared to leave the EU without a deal.

They insist they would renegotiate the EU WIthdrawal Deal that Theresa May neogtiated with the EU within the next three months despite the Tory leadership battle and summer recess.

But the EU, which warned the UK government not to waste any time, has repeatedly insisted that the deal will not be renegotiated.

In a BBC Panorama documentary, airing tonight, Richard Burnett, chief executive of the Road Haulage Association, accuses the scandal-plagued Transport Secretary Chris Grayling of silencing industry concerns about the devastation of leaving the EU with no deal.

He said Grayling left him a voicemail after his association issued a press release about a meeting with Grayling to allay their fears.

In the voicemail message, Mr Grayling said: “I’ve got to say how very disappointed I am.

“I had intended to involve you closely in the planning over the next few months, but issuing a press release straight after meeting like that makes it much more difficult for me to do that.”

Mr Burnett said he felt Mr Grayling was “trying to silence an industry that’s trying to help Government guide them”.

He added: “My sense of that message was – either shut up or you don’t engage.

“You either play ball with us or you won’t be part of the negotiations on behalf of the industry.”

The Road Haulage Association has acknowledged that discussions with the Government have continued after the voicemail message was sent.

A Department for Transport spokesman said: “The RHA has been heavily involved in our EU exit preparatory work and we will continue to involve them at every stage of our planning.

“It is extremely unfortunate when details of private conversations held in confidence are made public in a press release.”

The documentary will also feature an interview with the former permanent secretary at the Department for Exiting the European Union, Philip Rycroft, who told BBC Panorama that a no-deal Brexit is something the public should be “worried” about.

Mr Rycroft said: “I think everybody should be worried about what happens in a no-deal situation. We would be taking a step into the unknown.”

“The rational outcome over the next few months is to get a deal because that is overwhelmingly in the economic interest of both the EU and the UK.”

Mr Rycroft was in charge of Brexit planning for 18 months before stepping down just before the March Brexit deadline.

He said there are around “16,000 civil servants whose jobs are dedicated to Brexit-related issues”, in what he calls “an unprecedented situation” and “the biggest exercise across Government we’ve seen over the last few decades”.

He added: “The planning I think is in good shape, absolutely… but of course what that doesn’t mean is that there won’t be an impact from Brexit, and particularly a no-deal Brexit, because that is a very major change and it would be a very abrupt change to our major trading relationship.”

The programme will also look at security concerns related to Brexit.

Assistant Chief Constable, Tim Mairs, of the Police Service of Northern Ireland (PSNI), warned Brexit could provide a recruitment “opportunity” for the New IRA and other dissident paramilitary groups.

He said: “We know that the New IRA and other groups continue to recruit people and we believe that Brexit provides an opportunity for them to encourage people to recruit.”

He added that currently, the PSNI does not see any upsurge in recruitment or violence being driven specifically by Brexit.

He said: “We would see, traditionally, connections between some of those groups and more violent groups.”

He added: “The potential impact of a no-deal on the economy in Northern Ireland is significant and that would, in our view, present potentially significant security concerns moving into the future.”

The BBC Panorama programme No-Deal Brexit: Are We Ready? is set to air on BBC One at 8.30pm.

In a separate embarrassment for the Transport Secretary, Civil emergency planners have described Chris Grayling’s Department for Transport as “unhelpful” and decried it for omitting “key” information when planning for a no-deal Brexit, according to letters obtained by a Freedom of Information Request.

Analysis recently revealed Chris Grayling has cost the taxpayer and economy £2.7 billion in wasted public finances during his time as a minister.