"Let it never be said that this government does not understand the housing crisis. Two of its most senior ministers are being made to share. In this case, though, the property is Chevening, a 115-room grade I listed country house," wrote the Times. 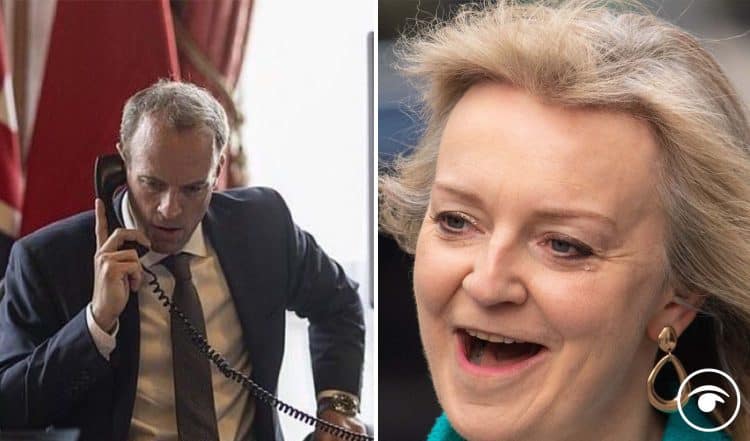 Boris Johnson has finally put an end to the wrangling between two of his most senior ministers over the use of the grace and favour mansion of Chevening.

Liz Truss and Dominic Raab have been locked in a battle for access to the 115-room Kent country house since Mr Johnson’s Cabinet reshuffle last month.

Ms Truss sought to stake her claim to the property – which is traditionally reserved for foreign secretaries – when she replaced Mr Raab in the role.

However Mr Raab fought a rear-guard action to keep it after being made Deputy Prime Minister as well as the more junior position of Justice Secretary.

In the end, Mr Johnson – as first reported by The Times – decided that, rather than risk upsetting one or other of his colleagues, they should share it.

He cited the precedent of the last time there was a deputy prime minister – Sir Nick Clegg – who shared it with then foreign secretary Lord Hague of Richmond and later his successor Lord Hammond of Runnymede.

A Government spokesman said: “The Deputy Prime Minister and Foreign Secretary will share access to Chevening as has happened in previous administrations.”

The ruling by Mr Johnson – who has been holidaying in Spain – came after Ms Truss provocatively posted a picture online of herself meeting the foreign ministers of Latvia, Lithuania and Estonia at the Grade I-listed building.

Under the terms of the Chevening Estate Act 1959, the house – which is privately owned by a board of trustees – is occupied by someone nominated by the Prime Minister.

Related: ‘Chevening is not a charity’: Angela Rayner rumbles Raab