The former Tory minister said he was called a "hysterical populist" for demanding tougher measures at the start of the pandemic. 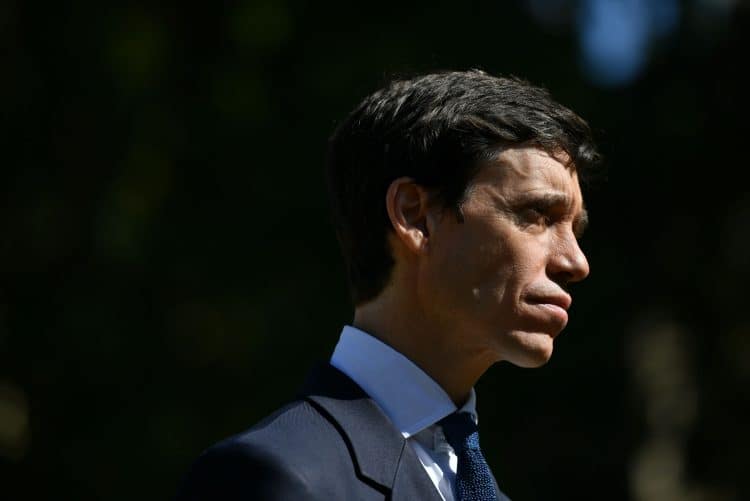 Rory Stewart has hit out at the “unbelievably hostile” treatment he received when advocating for tougher measures at the onset of the Covid pandemic – and revealed that the government asked him to stop publicly advocating the use of face masks.

In an interview with Newsnight, the former Conservative minister said the situation in February and March 2020 was “heartbreaking” and “bizarre” – and questioned British politicians’ relationship with the scientists advising them on their coronavirus policy.

“If we go back to February and March last year, it was clear that people were doing totally different things in east Asia, it was clear by the end of February that there was a very serious problem in Italy,” he said. “But people like me who were advocating for simple measures were attacked.

“I advocated for face masks and the deputy chief medical officer (CMO) of England went out on television and said there was no scientific basis for face masks. I tried to suggest that we control flights coming in, I tried to suggest that we should lock down gatherings and shut schools – and the tone at the time was unbelievably hostile. People who tried to say those kind of things were accused of being populists.”

Stewart – who left Parliament after the 2019 general election, having challenged Boris Johnson for the leadership of the Tory party – said Labour and Liberal Democrat politicians accused him of being “a hysterical populist” because he suggested that Britain follow the example of “what other countries were doing successfully”.

He said: “You can see it. You can watch the deputy CMO of England on television, naming me. I was getting calls from the Cabinet Secretary and the Health Secretary and various others to try and tell me to stop saying these things.

“The problem was that we don’t have a good system in Britain for politicians having a respectful but challenging conversation with scientists. Other countries are much better at doing this.

“These weren’t very difficult questions, but it required politicians to be interested in the detail.”

Stewart’s intervention came after the publication of a damning report by a cross-party group of MPs, which said the pandemic represented “one of the most important public health failures the United Kingdom has ever experienced”.

MPs said the UK’s pandemic planning was too “narrowly and inflexibly based on a flu model” that failed to learn the lessons from Sars, Mers and Ebola.